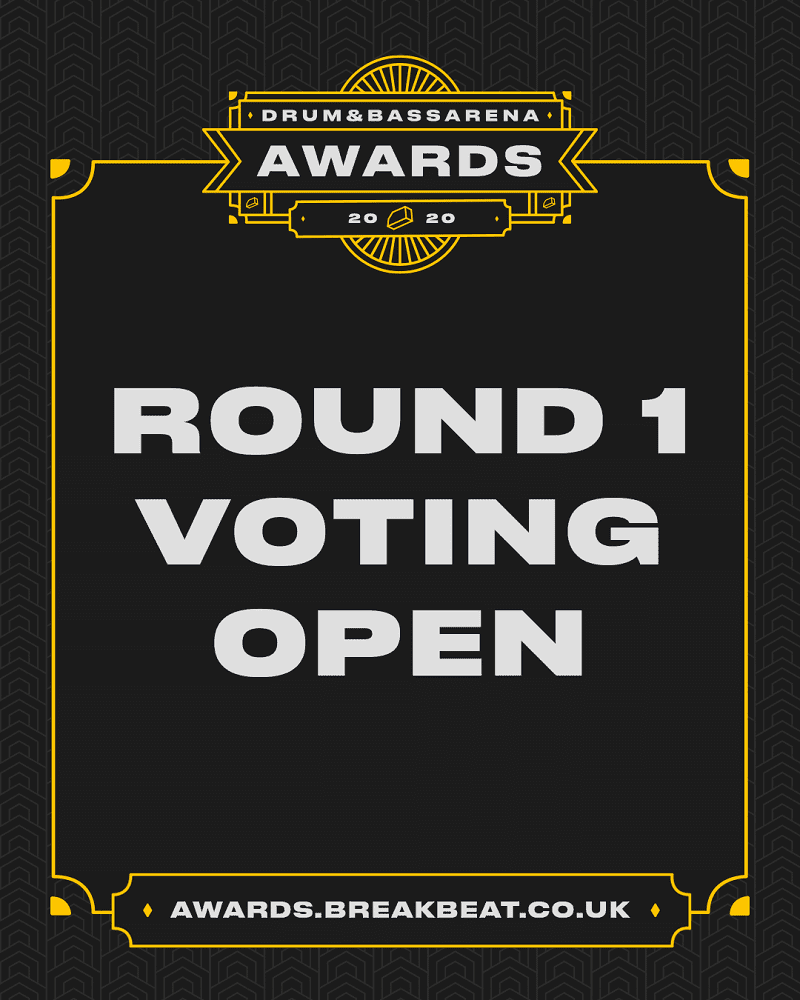 The first round of voting in the Drum&BassArena Awards ends this Friday October 23.

The longstanding platform’s 12th annual awards were announced last week and our timelines have been a sea of black and yellow ever since. With 2020 being such a strange, scary and frustrating year, there have been a few changes…

Instead of standard awards such as Best Club Night and Best Festival, there are now a series of new categories this year: Best Streamed Set (which can also include series for the elite force of DJs who’ve kept us sane this year with weekly streams), Best Podcast and Best Event (which can include any events since November 2019, including socially distanced or sit-down raves).

Drum&BassArena have also included another new category – Best Artwork. With everything migrating online this year, the visual presence of releases has become a lot more important an it’s exciting to see another creative aspect of the scene being recognised.

You can vote here until 6PM UK time October 23. Please take the time to look back over your favourites and pledge your support. It’s been the worst year most of us have experienced in our lifetimes, with almost zero support for the industry from the government, if drum & bass has kept you going these turbulent times then now is the time to show appreciation for the DJs, artists, labels and stables.

All nominations will be counted and the 10 most popular nominations in each category will up in the second round of votes in November. The winners will be announced via a streamed show in December. Get involved and make yourselves heard.