Providing you remember the dots in his name, A.M.C is in a positively jubilant, convivial and all-round buzzing mood right about now.

A lot of this is down to timing: at the start of 2021, when most of us around the world went into the third and most insipid lockdown of the collection, he was on the biggest New Zealand and Australia tour of his career so far. Three weeks after he returned to the UK, our own scene opened up again.

“Then at the same time my album was released bit by bit as I was on tour and since I’ve been back,” says man like Alex.Mark.Calvert.

We don’t know either, but then again we don’t know how he pulls off such intense and mind-boggling mixes either. Void landed last week on October 1 via his label Titan, we called him up to find out some stories about the album…

His mum named the LP

As revealed way back in December 2020 when A.M.C accepted his Best DJ trophy for the second year running at the Drum&BassArena Awards, A.M.C’s mum suggested the title Void…

“Bless her. I was tucking into Yorkshire puddings with my roast and was saying that I didn’t have any good names for the album. I had some tunes that were doing okay on dub. We were going through some names and she suggested Void. I thought ‘hang on, you could be onto something’. Usually I’m like, ‘Yeah okay, whatever mum’. But instantly I could see that working with artwork and concepts. I’d just been watching Dark which is kinda like the German version of Stranger Things. In that there’s sphere / void thing so when she said that I could see it all very clearly. I was like, ‘Go on mum, you’re not getting any percentage, though!’”

He takes to the mic for the first time

On three tracks of the album you’ll hear some spoken words from Alex himself. A combination of lockdown experimentation, lack of fresh vocals and a deep appreciation for Dillinja, who’s been known to use his own voice on many tracks, one day A.M.C felt inspired…

“If there’s one artist I really fanboy over it’s Dillinja. I’ve been a fan of his music since the first day I heard it. I didn’t want to imitate him, but it’s more of a homage to what he does. It also really helps when you’re talking on your own tunes – you don’t have to find something to sample, of have to sort out clearance or wait for a singer to get back to you. It’s great!”

He argues with himself on one of the tunes

This newfound mic control has led to something of an existential dialogue on the track Command C. When he asks if you’re happy to copy anyone else he’s not asking the listener – or sending beef to anyone – he’s actually ripping into himself.

“So yeah, I talk on three tunes, which is something I’d never done before. But it’s weird, man. When I was doing it, I was like, ‘What are you trying to do? Are you trying to copy Dillinja?’ On the track Command C where I’m saying, ‘Is that you trying to copy everyone else yeah?’ I’m actually having an argument with myself… On my own bloody tune!”

The track Don’t Forget The Dots isn’t a playground sing-along, he’s deadly serious. You forget those dots in his name, he’ll forget you even exist.

“I was actually writing a tune for a particular part of the set in my UKF six deck mix last year. Then I got tagged in this massive flyer that forgot the dots and I was really irritated so I grabbed the mic and just shouted ‘don’t forget the fucking dots!’

“I know people think it’s a joke but I’m really fucking serious. You forget the dots, we’re not talking again. There’s obviously a reason why I insist on them. Even though they’re my own initials, there are legal ramifications and I’ve got to do trademarks and everything. It’s a nightmare so please don’t spell it wrong!”

On the track Bass, you’ll find a vocal explaining how you don’t really need melodies or music, that the vibe is in the bass. Don’t believe a word of it.

“The third tune I talk on is Bass. That’s been one of the most popular tunes on the album so far. It’s been killing it. But the only reason I did that vocal was because I couldn’t write a proper intro! I had this powerful drop that had real impact but for the life of me I couldn’t work out a good intro at all. So I grabbed the mic and said what I said to cover up for the fact I hadn’t written an intro. It’s a proper cop-out! I’m full of shit!”

Once a DJ, always a DJ… Alex is so obsessed with mixing craft, a huge majority of tunes will be made for specific mixes.

“Almost all my inspiration comes from mixes when it comes to writing music. Say I’ve got a staple double drop that always works. After doing that mix for two or three months it’s getting old but one of the tunes in that mix is something that really works and gets a good reaction. So when I can’t find a new tune to refresh that mix, I put the tune into a project, EQ all the bass out and write a new tune around it to create that new mix.

“For example Operator was written to mix into Enei’s Sinking. Then when I wrote the tune it ended up not being a good mix at all and works better with other things!”

“Void is another one; I love S.P.Y’s remix of You Got Me by Kings Of The Rollers which has that extra four bars before it drops. Me and Turno call them Therapy tunes because Original Sin’s Therapy famously did that. You Got Me does that, and I wanted a tune to give it a knockout punch so I wrote Void around it.”

He used the Blade Runner 2049 trailer for inspiration

For added inspiration, A.M.C finds his signature drama in movie trailers and will often have one playing on a loop in the background for visual inspiration as he writes.

“I’ll just have it rolling on a video on mute. I did on Gotham on my Energy album, which was written to a trailer for one of the Batman movies. If you listen to that tune and watch the trailer they kinda fit each other. Then with Void it was the trailer for the new Blade Runner film. Massive epic Vangelis vibes. So that’s been a great source of inspiration for me. It actually works both ways, too. I do trailer things aside from D&B and those projects inspire my drum & bass stuff with intros and dynamics. It’s hard to unscrew your D&B head and your scoring head. Movies don’t seem to like random Amens thrown in the mix!”

He’s not actually a producer (apparently)…

“I’ve always said it: I’m not a producer. I make the tunes to make me enjoy DJing even more. Every piece of music I’ve ever released has been made for a particular show or mix or moment. Every piece of music I’ve released has been made because of DJing. Void was written for a show I did in the Old Firestation in Bournemouth (and was originally called South before my mum gave me the idea for the name Void)

“Eject was made for my special Energy show at Fabric in 2019. Triggers was made for Pure Science at a NYE party I was doing the midnight set. Don’t Forget The Dots was made for the six deck UKF stream. Actually Bad News wasn’t written for a show. That was based around a conversation I was having with friends about funny Simpsons samples you could use in a tune. The original had a ‘Not Lenny’ sample on it. I couldn’t clear a sample like that but that version will be available in a special edition package with a t-shirt, custom USB, stickers and a few other things. In fact all the versions I wasn’t allowed to release will all be on that…”

A.M.C – Void is out now on Titan Records 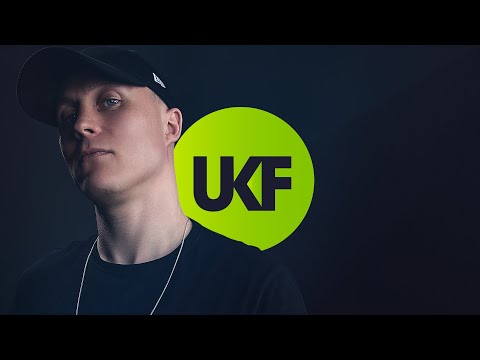 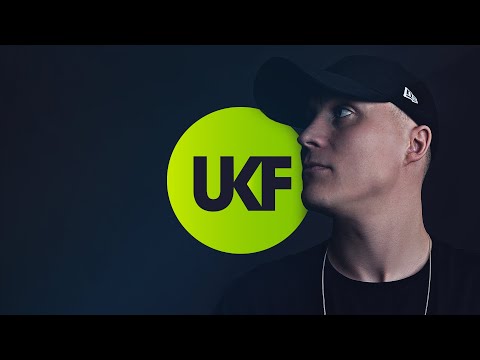 A.M.C – Void
AUDIO
0 shares
SIGN UP NOW & STAY LOCKED!Sign up to our newsletter to keep up to date with the latest streams, news, and events, all tailored to you.