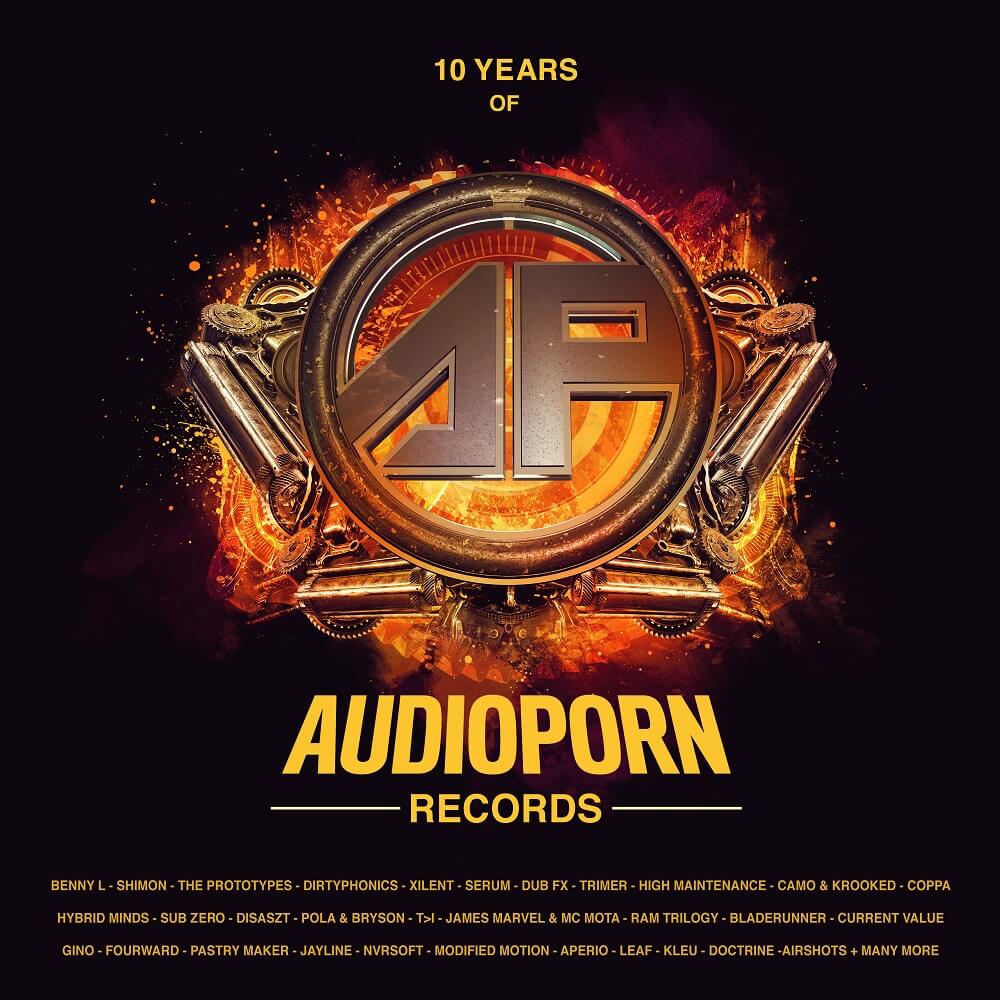 Captained by Shimon, co-piloted by Trimer, powered by a league of extraordinary producers and a few more great minds behind the scenes, the label has had a heavy presence across the full bass spectrum since its earliest releases.

From Hybrid Minds’ Lost to Xilent’s Boss Wave via Shimon & Benny L’s recent snappers Sharks and Yeti, AudioPorn has forever neck deep in movements from its key role in the massive dubstep crossover period of the late 2000s to its current status as one of the game’s premium roller dealers. It’s launched the careers of some seriously big names as a result. Don’t take our word for it…

“Big up to Shimon and AudioPorn for celebrating 10 years! AudioPorn was the kick starter of our career as Shimon believed in us and our music from day one. He had the vision to understand what we were building and he let us have total creative control of our music and career. Shimon helped us grow in many ways and we salute his honesty and passion for music in all its forms. AudioPorn will always be in our hearts, happy birthday!” Dirtyphonics

“AudioPorn is the label that pretty much made my career possible. Smack dab in the middle of the golden era of dubstep, AudioPorn allowed me to meet some amazing people in the industry and became my outlet for releasing some of my best tracks to date all while making the process really quick and professional. The fact that after all these years I’m still able to do what I love and make a living out of it. I owe a lot of that to Shimon and his team.” Xilent

“AudioPorn is where it all started to get serious for us. They were the first label to believe in our sound enough to really get behind us. They did stuff in such a professional and well thought out manner it was the first time we felt like we were actually working with a proper record label. From arranging our first press shot to pushing Lost out there, getting us uploads on UKF and linking us up with international gigs for the first time. It was such a buzz for us to be working with them. We have a lot to thank them for and remember those times fondly. Congratulations on 10 years guys!” Hybrid Minds

“I would not be here if it weren’t for Shimon and AudioPorn. So grateful for taking me on and building me as an artist from 2015. AudioPorn has always been great at bringing new artists through and giving them a chance to reach their potential. What a way to celebrate ten years with this new LP, showing what’s been done and what to look forward to! Big ups AudioPorn!” Benny L

“I was just a kid at the time, making neurofunk in my bedroom and working in a pub. The internet wasn’t as big as it now, and hardly any of my friends had even heard of drum and bass. D&B was just a little underground world in my eyes, something that was just for me, my monitors, and my bedroom. Then i met Shimon, and after getting to know him he asked me to sign to AudioPorn, which I couldn’t turn down and that opened up a whole new world for me. Without AudioPorn it probably would have still been just me in my bedroom, nodding my head to kicks and snares with the dog. It gave me the chance to take my bedroom beats around the world and meet people that today I call best friends.  Proper soppy now I look back it all. D&B 4 life.” High Maintenance

Back to the future and the label’s breadth is best experienced in the massive 33 track retrospective album 10 Years of AudioPorn. Out this month, comprising 20 classics and 13 exclusives, it captures the essence and energy of the label from every angle. Classics come from the likes of Camo & Krooked, Dirtyphonic, Xilent, Bcee & Villem and loads more. But your closest attention should be paid to the fresh cuts. Serving up an intense gaze into an exciting new decade for the label, a whole range of exciting names provide new weapons from the across the board…

The label’s deeper, star gazing soulful tendencies are catered for by the likes of Aperio, Airshots and also Trimer who delivers a switch flipping deep roller in the form of Two For Tuesday. The label’s more boundary blurring gully side is represented by stinking haltime hurters by the likes new additions such as Gino and Nvrsoft while the likes of Benny L, T>I, Bladerunner, High Maintenance, Disaszt all lay the smack down in between.

A strong statement of intent at the end of another vital year for the label, we called up some of the label crew and Shimon and some of the crew for thoughts on the last 10 years and what to expect in the future…

What was your initial intention with the label? Because if it was a vehicle for your own releases, like most artist’s labels, it ironically took you out of the studio for years!

It did! It was the stage I was at, at the time. I’d been on Ram for a long time and made a lot of music and I needed a new challenge and, yeah, something I could release my own music on. Of course, it worked out differently and I didn’t get around to making music for a long time. But it paid off; if you’d have told me I’d be hosting my own label room in Fabric and developing careers of guys like Benny ten years later then I’d never have believed you! I actually have to shout out my missus Bonney, she’s been here from the start and has been a big part of things behind the scenes over the past decade.

Well yeah it is. I got to shout her out, we wouldn’t be here without her.

What was the first point you realised you had something bigger than a vehicle to release your own music on?

Right from the start with the Dirtyphonics. They blew up in such a massive way. I could hear something in them. They sounded so different and that’s what I tend to gravitate towards with artists; if they stand out like a sore thumb from everything else then I want to hear more from them and support them.

Totally man. The tempo switches and the pre-EDM bass thing, they were bang on it. There was a period of time when everyone wanted to switch up the tempos and I think they were one of the acts who really championed that and made it their own very early on. But yeah that took me by surprise and made me realise I had something I needed to develop and learn from too. Ten years ago I could just use a DAW, now I can video edit, do my accounts, do marketing things, you’ve got to get your hands dirty running a label. You’ve got to be able to jump on things and know every aspect of running a label.

It’s that personal touch that fans feel then, I reckon

Absolutely. Every release we’ve put out, every artist we’ve worked with, we’ve all believed in. It has to be that way or else it becomes a job.

Haha yeah maybe we’re a bit late to deliver this one, but we wanted it to be perfect so we took a little extra time – nobody has noticed yet, so thanks! It’s been so busy the last few years

Yeah, you’re back at the creative sweet spot but with 11 years of knowledge

And a super tight team with Trimer and Bonney and all the talented artists we’ve got on the label. I hope the ten years album represents what we’re about and who we are. We’re working with some fucking talented people and I feel that really comes through on the album.

Just loads more sick music we believe in. We’ve also got a Room Two takeover at Fabric in January 2019, which is another level for us, and hopefully we can take the label on the road and do more nights. 2019 is already shaping up to be an amazing year!

10 Years Of AudioPorn Records is out now 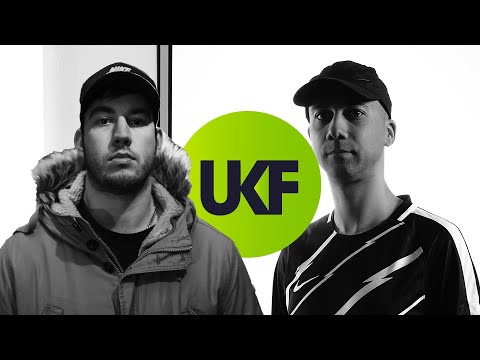 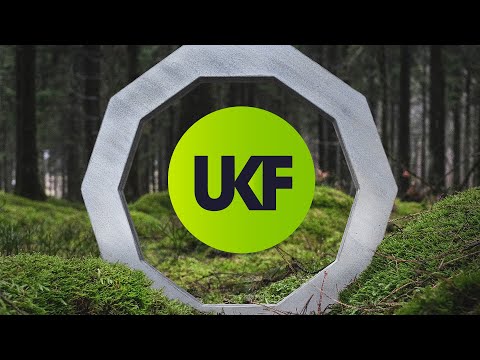 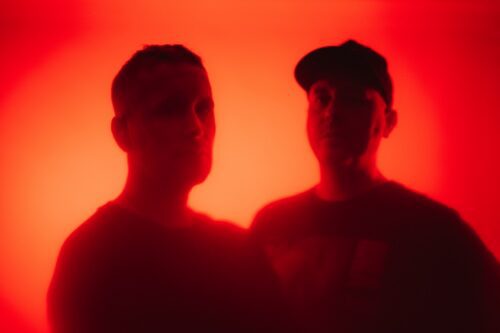 Hybrid Minds announce Wembley Arena show – Tides
NEWS
81 shares
SIGN UP NOW & STAY LOCKED!Sign up to our newsletter to keep up to date with the latest streams, news, and events, all tailored to you.