Lenzman’s The North Quarter welcome a new member to the collective: Anile.

Fresh from his tenure at Med School and Hospital, the Kent based artist marks a new chapter with his powerful label debut Sheets Of Empty Canvas. Seven tracks deep, the release adds a new, much darker layer to The North Quarter’s consistently developing sound and reputation.

No hip hop tracks or gilded vocal roll outs, Empty Sheets Of Canvas the sound of Anile swathing the dance with barbed Detroit-influenced sounds and dynamics. From the hypnotic technoid groove of Escaping Dreams to the subdued sunset soul of Forever Last Out via the unquestionably stinking Earth & Mars, the EP takes the label and Anile right back to the heart of the club.

Known for his selective bookings and less-is-more release rate, Anile hasn’t dropped an EP of this proportions since his Med School album Perspective. It’s out February 22 and it seems there’s more to come on another similarly spirited label that’s emerged in recent years. Read on and find out where Anile and The North Quarter are at right now…

Ha! Yeah I think it’ll be a surprise for a few people. As you know, I was doing things for Med School and Hospital but we decided to our separate ways. All totally amicable, of course, I just wanted to do something different. I had a few tunes in the bag, Marcus was interested in Escaping Dreams and Vitalogy for Soul;r and it just felt time to move on, knowing I had those tracks already that hadn’t gone through any A&R process. Teije (Lenzman) had launched The North Quarter the year before and it was doing really well, he called me up and asked about a release for him. By then I had four tunes in the pot, I told him if I’ve got the tunes he can have them, but I can’t promise anything because it takes time for me to write anything. It took about seven months for the EP to come together.

Any release on The North Quarter is a big deal. It’s never just standard four track EP is it?

Yeah. So I had four already written, then I wrote five more. We had a few tracks to choose from in the pot, which was nice. We sat down and went through them and worked out what was best.

Nice feeling having tunes in the bag. Bit like having a week off between two jobs. Doesn’t happen often in life…

No it doesn’t. And yeah it’s wicked. The whole situation is, to be honest; to go from a very established label to a new label who have really made their identity and vibe known but have accepted me is great. I could have left Med School and not been able to get a release on any established label which wouldn’t have been cool at all.

The North Quarter has filled a very clear space in the genre haven’t they?

Yes absolutely. And what I love is the fact that this EP is different to anything else on the label so far. There’s no hip hop tunes or samples, it’s quite Detroity and progressive and darker in its sound and influence. It’s a different take on what the label does.

The sign of a good label; when every artist reps a different sound to the label but all work together…

Definitely. We all tick different boxes.

I got an EP for LSB’s Footnotes which should hopefully be out later in the year.

Hold your horses mate! What’s happened is that I’ve taken a gap and worked on tunes during that time so I’ve got more in the pot. I wanted to keep a gap after leaving Med School because it would have felt a bit rude to go straight from there and within months go to The North Quarter. I wanted some space and time to breathe between the chapters. I was on Med School a very long time. My first release was with them in 2009. Every year I’ve done something for them for a decade so it was respectful to have that gap.

I have to ask… Who is Cave Man Neil?

Me! Friction called me Neil when he played one of my tunes once on the radio and because I’m not known for the most liberal views I’m often called a caveman, too. So I just thought I’d name the track that because it would be funny. It was a bit of a stomper, I was actually surprised Hospital took it for their Let It Roll EP. I just made it to play out but it seemed to grab people’s attention.

It’s always the ones you least expect…

Definitely. The ones you don’t overthink. That one was kinda like tongue in cheek but people remembered it in the club. That odd alarm in it, people still ask me about it a lot.

Are you playing out more this year?

I’m very selective over my bookings because of my day job and young family but yeah, there’s some really nice bits and pieces lined up. I can’t mention them yet but if you read this in time I’m at Egg in London on February 1st for Red Bull if you’re in town. 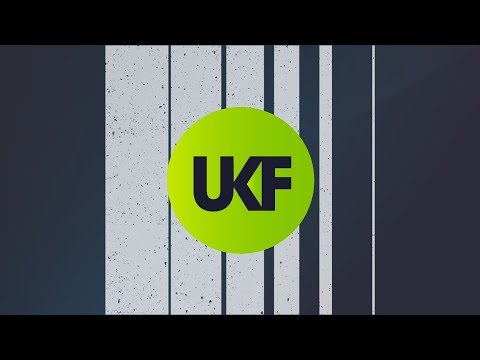 Anile – Stay With Me
AUDIO
12 shares
SIGN UP NOW & STAY LOCKED!Sign up to our newsletter to keep up to date with the latest streams, news, and events, all tailored to you.