After a two-year slew of benchmark-setting anthems, and several years grafting away in the run-up, AudioPorn’s Benny L will release his debut album Reactions next year.

On his agenda since day one; Benny’s mentioned albums in most of our interviews over the years but always said he’d only start working on it when the time is right. Like this time now. Currently neck deep in the creative process, writing intros so emotional they’re making him cry, he’s approaching the album in a very old school conceptual way… But with new school production and vision. Just like everything else he’s achieved so far.

The album launches in earnest in October and November with his first headline UK tour, but proceedings kick off for real right now with Pictures. The first track to be released from the album, it features his partner in rhyme Pastry Maker on bars and it’s laced with another one of those hooks you’ll be humming for weeks after.

Album time! You’ve teased us with mentions of this in previous interviews but now we can properly talk about it…

Yeah I was thinking about it for a long time but I feel it’s the right time to rise to the challenge and I feel I can express myself in the way I want to. I’ve been working on it for a bit now.

Have you been stashing album tracks along the way?

No not really, I’m just writing as it goes. But the music I’ve been making has had a similar kind of deeper theme and it’s all purposefully for the album. Anything I write is going in the collection and we’ll see which ones we include.

Reactions. Concept? A lot of people have a lot of reactions to your music!

Haha. It’s just the tune me and Coppa made a while back that a few people have been playing. It’s had a really good reaction and felt like a good name for the album.

You and Coppa go way back to your first release!

We do man. Speakers Vibrate with Mediks. That was my first release.

So now we know two tunes on the album – Reaction and Pictures – I suspect we’ll have to wait for more information?

Yeah man. I’m not saying any more though because I don’t want to give too many IDs out. I like to keep people guessing. It’s very easy to find information so it’s nice to show people that you don’t need to know everything as soon as it happens. There’s fun in waiting.

Remember those times when you’d hear a tune in the club or on a mix and then you find out what it is a year or so later? That was a nice buzz, I loved that when I was getting into the music, it keeps you hungry and interested for more.

We spoke about albums a while ago and you said you didn’t want to just do a collection of tracks. Albums have to be more than that. You’re an album man aren’t you?

Yeah my parents brought me up to good music. Stuff like Pink Floyd and The Who. My brother was a big Michael Jackson fan. So I grew up to all this and they’re all album artists. Albums a big milestone for an artist too, it’s a big deal and should be written in that way.

They’re quite big risks in a way aren’t they? Especially these days.

It is a risk, but it shouldn’t matter how well it does or how many sales it gets or anything. It’s your work, your journey – it’s a very personal thing. It’s a pivotal moment for yourself.

This sounds like we’ll hear a lot more experimental elements. Vanta Black was pretty experimental in its minimalism… This is the direction we’re heading, right?

Yes definitely. I’ve found myself writing really deep intros. They’ve made me cry a few times. They bringing out something in me I didn’t even know was there.

It’s mad mate. So yeah I do want each track to have something special and for the album to have that momentum and a journey style to it. There’s a lot of work left to do on it but I won’t stop until I’m happy I’ve achieved that.

So obviously Pictures is the next track. Let’s biggup Pastry Maker here for a second

Yeah man, he’s killing it proper. He’s got loads of bars and is writing more than ever. He’s got loads to say and it’s wicked seeing him develop as an artist. There’s messages to what he’s saying too. With this tune, he’s talking about a much bigger picture. You need to talk to him mate.

Pastry, what are we saying?

Pastry Maker: The lyrics are essentially about how I’m trying to navigate the scene but they can be related to real life or pretty much anything really can’t they? Basically I’m saying if everyone is themselves and not trying to be like this man or that man or whatever, they’ve got no opponents. We can only be the best version of ourselves. I actually wrote these and recorded them a couple of years ago to one of Benny’s tunes called Moments but we decided to keep them for something else. Then Benny built this tune around them and I added more lyrics in the middle. It’s all about how people don’t see the vision until it’s like a picture in front of them. And I think that’s getting worse the more reliant we get on social media.

Benny, I guess this can be related to the album as well. An album is a picture that’s much bigger than the sum of its parts…

Definitely. I think people don’t give albums enough time. They go through it once and they’re like ‘yeah it’s alright’ and never listen to it again. But albums need more time, don’t they?

Totally! Some albums literally took me years to truly appreciate.

It’s mad how it translates to each person too, innit. Everyone has their own interpretation of something you’ve written. That’s quite mad when you think about it.

It really is. So the album launches in November but when’s the release date?

I think early next year but that’s not confirmed. Pictures is out now and that kicks things off and we’ll build it up from there.

It’s your first headline tour, too…

It is. It’s all over October and November. It’s gonna be wicked. We’ll be announcing more dates a bit closer to the time.

Are you picking the support too? To make it even more personal?

When I can yeah. I’ve listed people I want on the tour and the promoters are working on it – it’s really exciting man. Thanks to everyone who’s supported me to get to this point.

Reaction Man: How Benny L smashed out of lockdown with his massive debut album
NEWS
478 shares 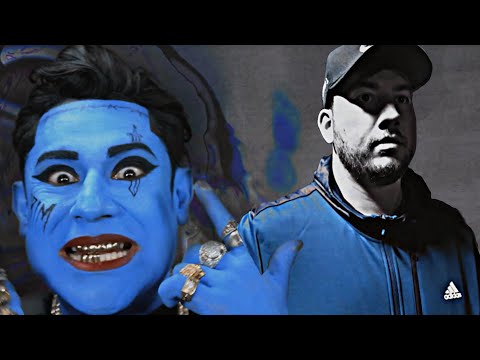 Benny L & PAV4N – Grim (Official Video)
VIDEO
0 shares
SIGN UP NOW & STAY LOCKED!Sign up to our newsletter to keep up to date with the latest streams, news, and events, all tailored to you.