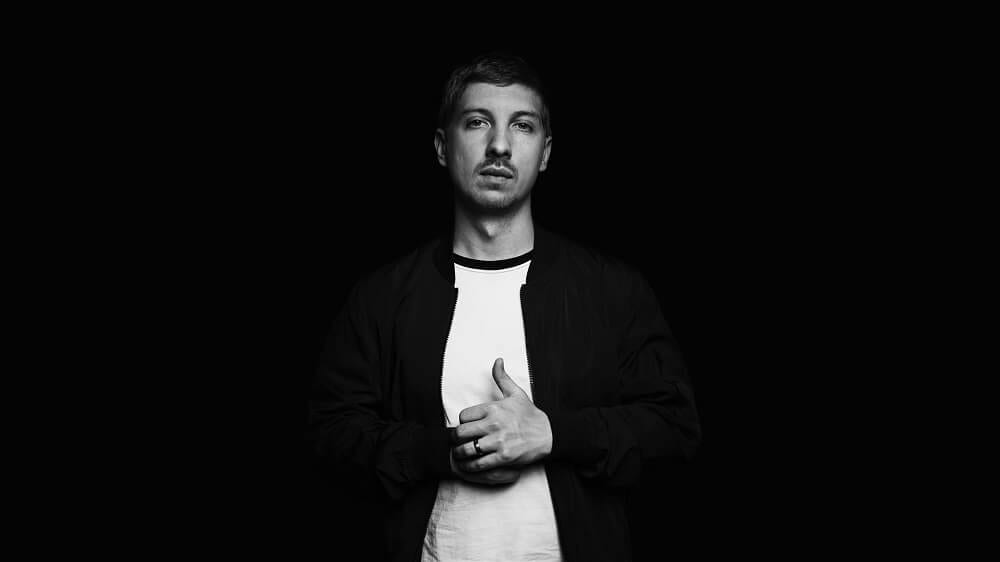 It’s been an exceptional year for Russian roller craftsman Black Barrel. After peppering 2018 with a string of on point releases on Lifestyle, Sofa Sound and Dispatch he signs out from the biggest year of his life with his debut album The Last Frontier.

A 14 track trip that takes us deep into his restrained, stripped back rolling style by way of short instrumental skits and a range that flexes from breezy soul to abyssal murkery, Last Frontier features collaborations with Rizzle, Arkiak, Steo, Nami and Dissident. It drops on October 26 and marks the start of his official fully signed membership at the Dispatch family. We called him up to find out more…

Mr Barrel! You’re having a very good year aren’t you?

Yes, the year’s turned out to be a successful one. Some of the highlights are the first steps of my daughter, the release of my first press Labyrinth, the purchase of my first Technics 1200, and the exclusive signing offer from Dispatch.

Yeah congratulations on signing to Dispatch. You first linked with them for The Void EP, right?

Thank you for the congratulations! That’s right; it was The Void EP. I’m very good friends with Dub Head and I asked him for Ant TC1’s email contact. I’d completed three tracks (Void, Over, Osteopath) when I sent them to Anthony and he was very impressed. He then asked me to do one more track, after which I wrote Contact. The whole EP is the real story of my life, with the various stages expressed in each track.

Oh cool. Was an album always in discussion even back then?

Despite wanting to do it, after signing my first EP, I had no conversations with the label about the album. The album appeared quite spontaneously. I wrote a certain number of tracks, and tried to form an EP from them, but at some point I realized that I had the idea of a concept and that I wanted to write an album. Anthony liked the idea and agreed to support me, for which I am extremely grateful.

It covers a great range but there’s a very consistent signature running throughout it all. How do you feel about your album?

Indeed, the album is very diverse material. For me, this album is the story of immersing yourself, to find answers to internal questions. I really like the concept, and realization; I’m very proud of this work.

You never get a second chance to make a debut album… What were the most important things Last Frontier had to do from your perspective?

Yes, the work is done, and I believe that I made it very worthy for the debut album. The most important thing for me is to follow the concept and consistency. I think that a good and abstract idea is a good ground for implementing such projects. I did not have the desire to make tracks that everyone would like; rather I wanted to realize my ideas in different styles. And I think that the Last Frontier is something like a film, it should involve you, acquaint you with the plot and then let it go, leaving pleasant memories.

That’s quite a strong concept…

Yes, the album title is the main idea. The idea surfaced by accident. It was an ordinary day. I was sitting on social media and accidentally stumbled upon an interesting video. In this video it showed the ratio of the tallest buildings with the level of depth in the world’s oceans. And at some point there it was said that at a depth of 1 kilometer, the light ceases to flow, and only darkness is below. I thought it was very interesting and an abstract subject: the boundaries between light and darkness and all of this under water. This moment can be considered the starting point for the birth of the album.

How long did the album take?

I think that the main work was done in 6-7 months. In each track, on average, I put about 15-20 hours of work. For this reason, people often ask the question – “how do you manage to write so many new tracks with work, family and a child?” I distribute the time between my work, wife and child. I rarely play games, except on MS-DOS, Sega and PS One emulators (I do not like new ones). I think that if you really want something, you will find time no matter what.

Amen! Give me a moment during the album writing process where everything felt beautiful…

Perhaps the best time for me was the birth of my daughter and the moment when I finished all three interludes for the album (intro, interlude, outro). At that moment the puzzle formed and I felt particularly happy.

Give me a moment when you hated everything…

I asked my wife about this, and she said that she did not remember when I’d had these moments. It looks like the truth, because I rarely have depression, I’m a very cheerful person and almost always joke around. Really! Ask anyone who knows me.

Awesome. Give us a random fact about yourself…

I very often eat all of the chocolate intended for my wife. It seems I like to collect vinyl too. I often wear a snapback. In the past I was engaged in parkour and can still do a back flip and wall flip. I keep a diary, from the beginning of my career, in which I record everything connected with my musical career. Thoughts and plans, descriptions of events I was at, or playing, writing about my releases, outlining the real text of correspondence, in general everything about my music from the very beginning, when I was just a listener.

What comes after the album?

After the album there are two four-track Wild and Insomnia EP’s, and one single. I also started work on a second album and at the moment about a third of the work has already been done. For the second album, I will stick to the minimalism and also try to arrange each track according to the invented concept. After the second album I want to try to make a thematic EP series, I do not yet know what the material will be, but I’m sure it will be interesting. Well, it’s worth noting that since I am now an exclusive artist on Dispatch, all of the above will be released on this label.

Black Barrel – Last Frontier is out on Dispatch on October 26