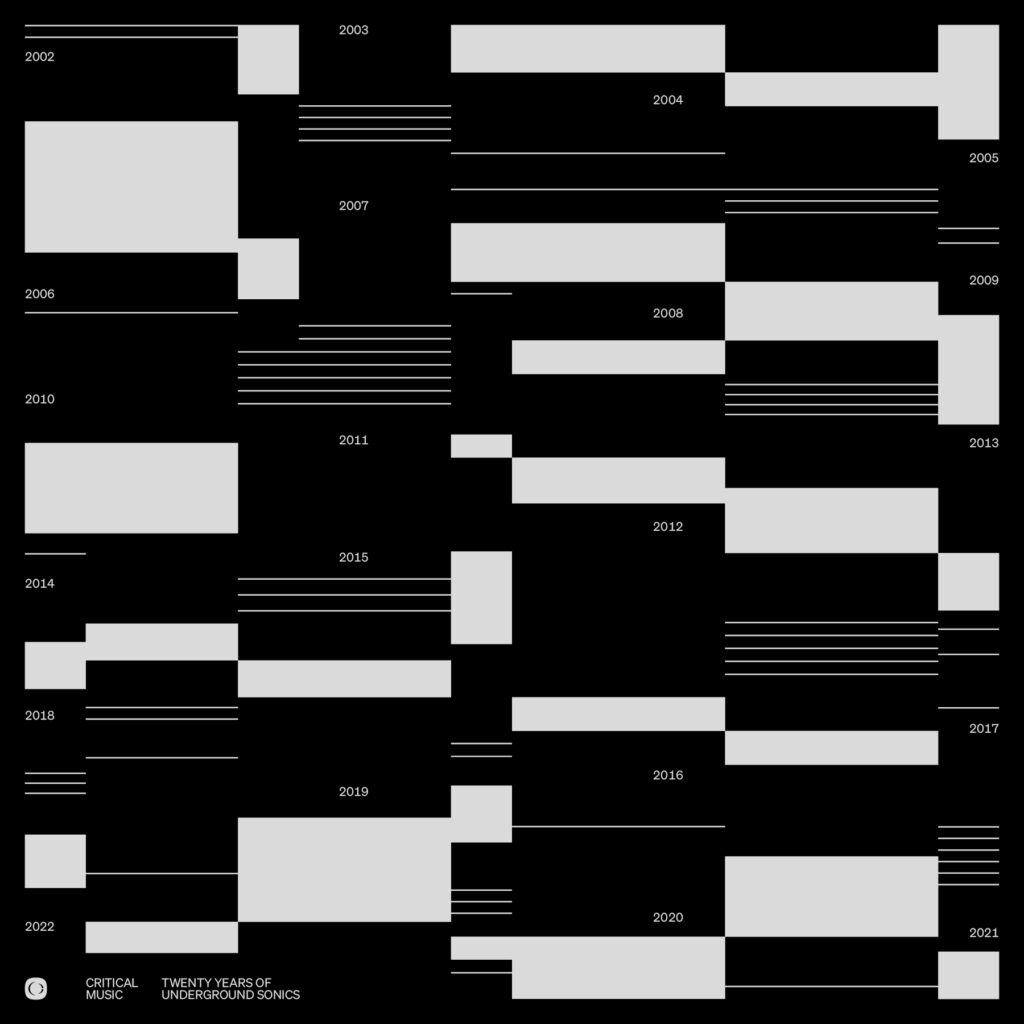 “Compilation albums have a special place in my heart and to mark our birthday year I really wanted to release a project that was distinctive and exciting,” states the label founder Kasra.

Representing the label’s uncompromised forward-thinking, deep, groove-based sound, the album is a celebration of everything the label has achieved so far and the sounds they’re pushing for the future. It drops on April 28 on a variety of formats, including a six-vinyl boxset and 100 limited edition versions that come complete with a fanzine, stickers, slipmat and signed artwork.

The album starts to roll out today with the premier of Particle – That Hz and all pre-orders will be received Kasra – Elastic track from the album straight away as a free download.

“The album showcases the diversity of the label, the talents of the many artists we work with and ties together the many threads and themes the producers explore,” Kasra explains. “The 22 exclusive tracks are a perfect snapshot of the sound that Critical is wanting to be at the forefront of. Underground drum and bass in many different forms but always with a cutting edge.”

The album can be pre-ordered now right here. We asked some of the artists involved for their take on Critical Music, their role on the label, their track on the album and their thoughts on Critical’s influence over the years. Read on the full tracklist and comments from Coco Bryce, Hyroglifics, Fade Black, Foreign Concept, Particle, Cauzer, Able,  Sam Binga, Waeys, QZB, Levela, T>I, Gyrofield and En:vy.

“I’ve been working with Critical for a little under two years now. I’m really grateful for the amount of work they put into every release, plus seeing as I’m mostly known for jungle and breakbeat hardcore, Critical have no doubt been instrumental in getting my stuff out there to a wider audience than I could’ve ever done on my own.

“For this album I went about things in pretty much the same way I always do: I’ll try and get a feel for what might best suit the label I’m working with and send over a couple of tunes for them to pick from. Kasra was feeling Kick Back, so we went with that one.” 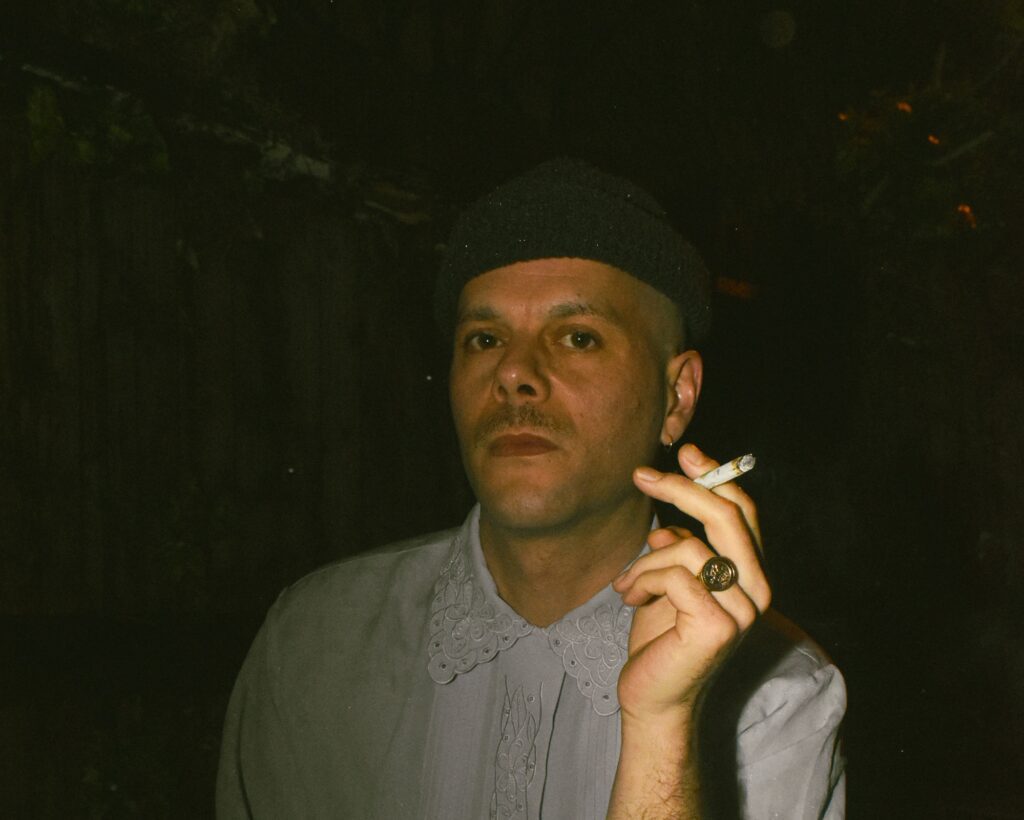 “Critical has had a huge impact on my early career and the sound of my subsequent releases on the label. Hearing early releases from Mefjus to the inception of Ivy Lab inspired me to push different sounds and carve my own path within the label. My track Iridescent Fog on the compilation came from a time when I was trying to sample some more obscure pieces of music and flip them into my style of D&B.”

“Critical is more than just a label, it’s a family, a collective of likeminded creatives. A place where as an artist, you are nurtured to do your best work. When we wanted to merge and start again under the ‘Fade Black’ moniker, we were met with highest support from Kasra, and for that, we are forever grateful. Through that support, we came back bigger and stronger than ever. For the Critical XX album, we wanted to write a record that was true to sonics of the label, met with our signature style that we’ve developed over the past few years.

“Critical’s impact on the scene is of a unique excellence. The shows have become unparalleled experience, a place where fans and artists alike can come together as one.”

“Critical picked up a track of mine called Mob Justice back in 2010 and since then I’ve been releasing drum and bass almost exclusively with them for the last 12 years. What appealed to me about Critical as a label was that it was built with other artists music as the driving force, and wasn’t a label created and spearheaded by a prominent DJ or producer.

“This meant creatively the label could run it’s own course as determined by the artists signed to it, rather than being boxed in by ‘a sound’ being pushed by the label head DJ. The track I’ve supplied for the 20 year album is called China Plate. China is traditionally what is given to someone on a 20th anniversary, and China Plate is rhyming slang for ‘Mate’ so I thought it had a nice synergy!” 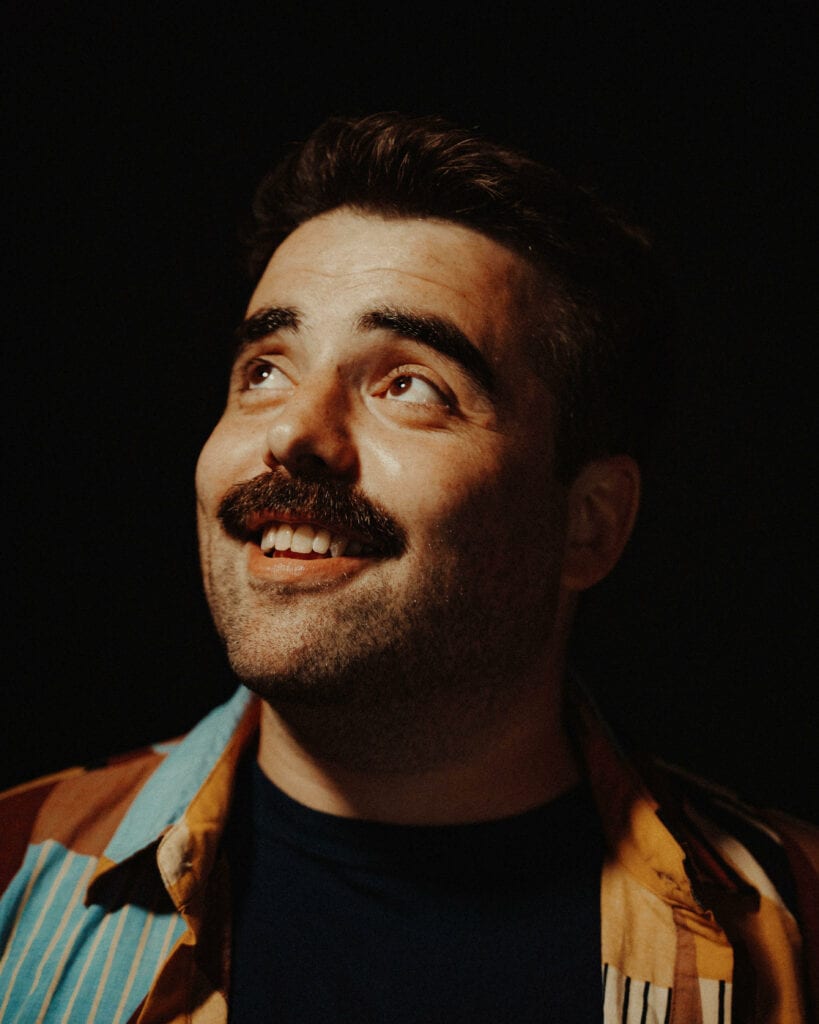 “A label that lets you explore your sound and takes pride in the visual side as well as the audio — this is all you can ask for. Forever grateful to Kasra for bringing me in, congrats on the 20 years! That Hz is a stripped back club-tool, the sort of track we’d all associate with Critical.”

“Some of the first drum & bass tracks I heard were released on Critical, I’d say it influences the style of music I make. I think the label has played a huge part in shaping the scene as a whole, through both it’s events and the music released. It’s great to be a part of this album, The Depths brings heavy hitting sounds true to the label, with an extra aggressive touch.” 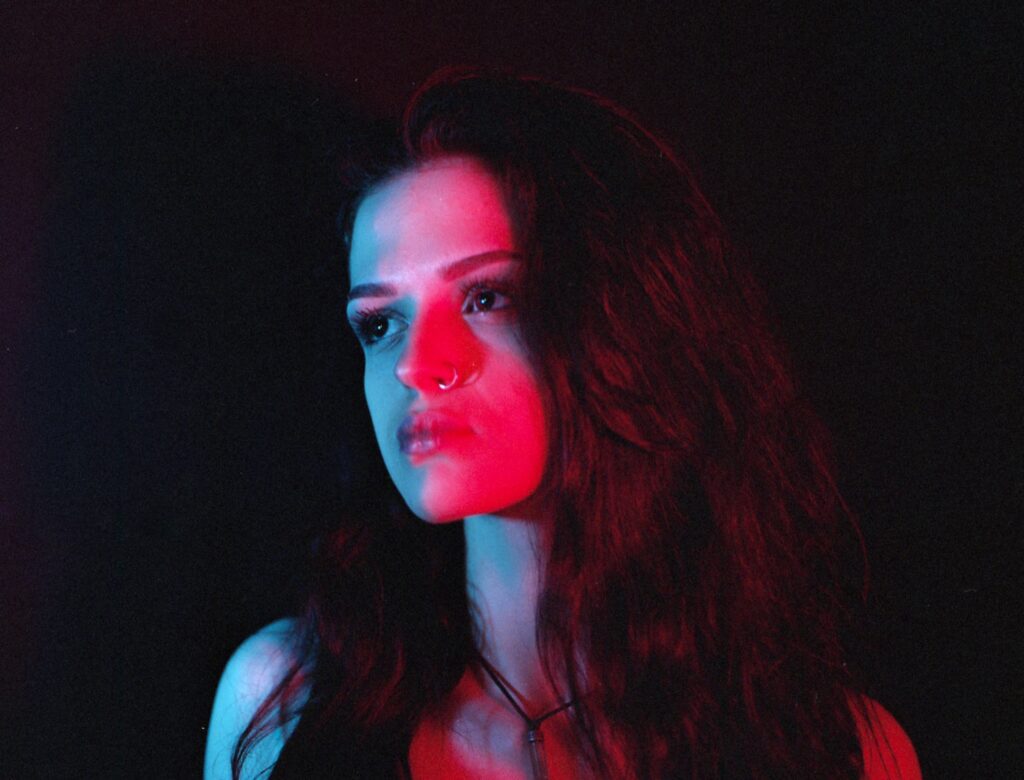 “When I was approached by Kasra a couple years ago, I couldn’t get to grips with how massive of an opportunity it was to be asked to release with Critical. It still hasn’t sunk in even after two EP’s.  Critical true to the music and true to the roots from which this music came. There’s nothing quite like it in the scene. This is what I’ve tried to reflect in my record for the album. It’s dark. It’s gritty, it’s weird. It’s Critical.”

“Critical as a whole, and Kasra in particular, have believed in me and indulged my ridiculous ideas consistently for the last 9 years. From demanding that Modulations finish its run by moving from classic minimalist black vinyl to the loudest, pinkest 10” imaginable (AYO with Redders) to bullying them into releasing an 8 track EP of what was essentially straight-up dancehall with Rider Shafique (the Champion EP), to forcing Badger to research custom scarves to go with the Skrrrrr EP, I have probably been nothing but a thorn in their side and an extreme inconvenience. I can only conclude they are both suckers for punishment, or that Critical needs me for tax write-off purposes. Either way is fine to be honest, as allows me to justify buying more pointless toys for the studio. Cheers lads!

“For my track on the Critical XX album, I continued my recent attempts to make actual ‘proper’ D&B, this time with my favourite MC in Bristol (and possibly the whole country), Emz. While I struggle to relate to the lyrics about ‘weights on my chest only time I’m on the bench’, as my gym game is sporadic at best and frankly embarrassing at worst, I’m a sucker for the second drop, as ‘I like gyal that buss a wine, I like gyal that bump and grind’ sounds like nothing but a good time for everyone involved. Big love to everyone who’s bought my tunes or seen me at Critical shows – it’s been wicked.”

“Critical for me was the first label that scratched the itch for something that had a bit more depth than the more ‘commercial’ stuff I was listening to when I just got into D&B. Ivy Lab’s Baby Grey and Emperor’s Mind Games were the tunes that got me into discovering the extensive catalogue of amazing music that Critical had released, which I gather a lot of inspiration from and has put a huge stamp on my own productions. I had a lot of fun making this tune and to be able to provide some honk to the 20 year existence of Critical Music has been very humbling.”

“Critical is not only influential, it is crucial to every facet of interaction we have with drum & bass. From being the futuristic tastemaker they’ve been and still are, to being the main outlet for our music, Critical has always been critical to us. (Pun intended) Their support and trust in our vision has pushed our career and creativity to new heights, something we’re truly grateful for. This tight-knit connection shows itself perfectly in our new track Half Awake on their 20 year anniversary VA, which embodies an ever-experimenting collaborative mindset of ‘going where it feels right’. Happy birthday Critical Music!” 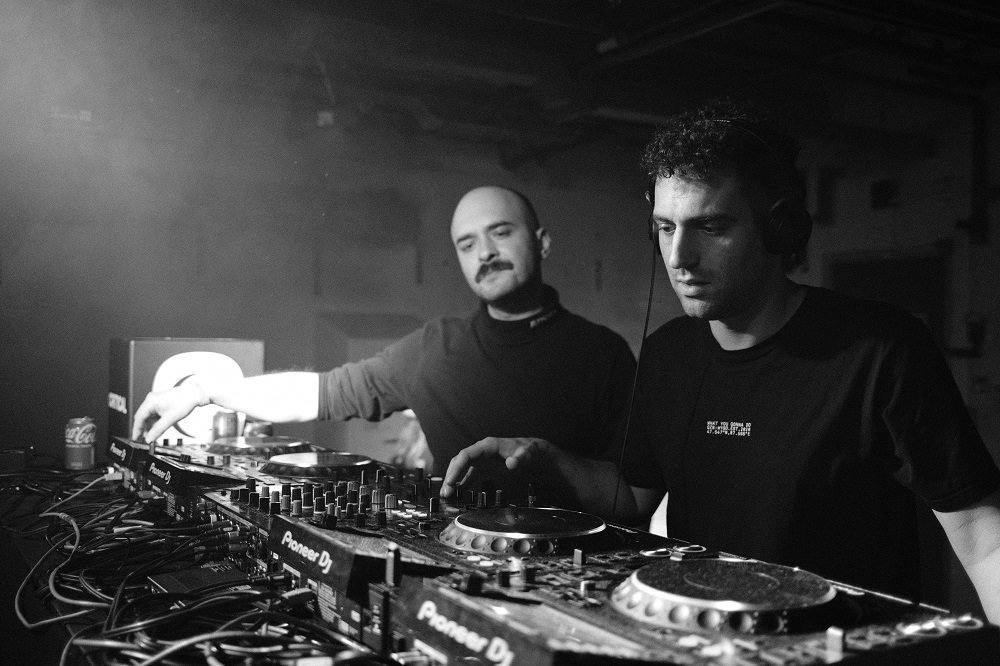 “To be honest, I never foresaw Levela working with Critical back when I was heavily into the jump up sound and I’m sure anyone who followed my music pre-2018 would say the same. It was only after experimenting with new sounds in 2018 that Kasra asked me for some dubs for his DJ sets, the first batch of tracks I sent him ended up being my Cerebral EP, and so my new style had found a new home. A few years later and I’m now writing this about my 20th track released on Critical! It’s been a pleasure to work with such an influential label and learn about its rich history.

“Quasar was a demo I’d made after messing around time stretching and resampling classic hoover samples. I showed it to Kas and he asked if it could go on the 20 Year LP as there was nothing else on the album that sounded like it.”

“Out Board – A little off stepper I made by accident while making some new drums an thought it could only fit on this label,  it’s a different vibe to what I’d usually make but that’s the beauty of Critical it’s so open minded when it comes to the music it supports.”

“24rd came from a batch of tracks that was meant to be my first full length record. While things didn’t work out in its favor I still enjoyed some of those tracks a lot. When I wrote this tune I was struggling to find my place and sound in Drum and Bass, now I’m glad to say it’s found a home on a label that’s fueled my love for drum and bass for years. I am very thankful to be a part of this label and to be peers with the rest of the roster.”

“To be honest I’ve never actually realised how impactful Critical was on me. When looking through the discography tunes like Stonehead, Never Been, Mob Justice or Lost Hours, just to name a few, really shaped my love for drum and bass when I started out DJing. Back then I didn’t really look at the labels and seeing this now reminds me how much excellent music has come out of Critical. It is a huge honour to be a part of such a great team and I can’t wait to see what the future holds for this outstanding label. At the time of making this track I had a lot emotional baggage which had hung on me over the years. This tune felt like a turning point. Looking back at it, it just gave me the feeling of letting things go and looking into the future. Silky smooth chords with rolling drums – simplicity was key here.”