As heralded by sizzling singles so far – Devil’s Drop, Salute (with MC GQ) and Hold Up The Crown (with KY Lenz) – the 15 track album includes collaborations with the likes of Ownglow, Maduk, GQ, MC Foxy, Hannah Symmonds and Pete Josef. According to the Byrdman himself, he’s happier with this body of work than anything he’s done before.

You can feel it, too. From the happy slapping jungle rolls of Devil’s Drop and the album title track Atomic Funk to the filtered funk finesse of Holy Star, the jazzy twangs of Better Life and the sunset soul of Many Signs, it’s the sound of a man getting back into his groove and rediscovering what it was about drum & bass that made him fall in love with it almost 20 years ago.

A new album indeed. Where do I start? These tunes have been percolating in my head and in the studio for a few years now. After Golden Ticket I felt a bit fatigued if I’m honest. I needed to refresh my approach. I felt Golden Ticket was of its time. It was the tail end of the EDM style and a lot of those tracks were made for moments in the DJ set. And I don’t think that always translates well to an album. It’s funny, I played some Golden Ticket tunes out the other weekend and they always go down super well live but as a body of work I’m not sure it stood out as well as I wanted it to five years on. All these new tunes I’ve been working on have been a bit different, they’re cleaner in the mixes, they’re stripped back, they’re more bass heavy.

Golden Ticket was of its time. No one knows how things will age at the time. Only hindsight…

Yeah man. Who knows how music will get caught up in the context of things? Every artist wants their music to be timeless but that can’t be planned. It’s contrived. You have to be happy with what you’re doing sonically and really excited about what you’re doing. That’s the best hope for any sense of timelessness and that’s how I feel now. It reminds me of my first tunes for Hospital called Do it Again and Changes. They were the first releases I was really proud of and happy sonically and that’s how I feel now. I’m proud of them sonically; the mixes, the live instruments. It’s a nice feeling.

You’re tapping back into that original feeling that got you here in the first place!

Totally. I remember when Tony and Chris came down to hear the tunes last year and Tony said ‘it sounds like you’re having fun again.’ I hadn’t thought of it like that but I realised I was. It’s hard to get back to that feeling when you’ve had a certain level of success and you feel like people have expectations. But to chase that vibe again isn’t the right way to repeat that. I know it’s a cliché, but it is all about having fun, that’s the only way you get back to that natural flow and vibe.

Like you said, it’s contrived to do it any other way…

Drum & bass has been guilty of this for a long time…

It still is in places. It’s almost weeded out but there are a few who are making that mistake of thinking there’s two styles for radio and club. And the thing is, if you have a tune that pops in the club and gets support from DJs then even if it doesn’t get any radio support you’ve had a tune that’s smashed dancefloors. That’s the most important thing in this music, right? But if you make a tune for the radio and it doesn’t work on the radio, then it’s not likely to work in the club context either. So you end up with nothing. And those tracks cost a lot of money for vocalists and things. They rarely work.

It’s back to that natural vibe thing isn’t it?

Yes it is. And for me a lot of that natural vibe was to do things as locally as I could. Like all the vocalists on this album are all locally sourced. Previously I’d worked with bigger featured artists or you get people hitting you up saying they should do a session with you, which is great, but I don’t think I work well like that. I’ve always worked best with people I know or who I’m connected with somehow. Pete Josef is on the album, for example. He’s amazing, he can play every instrument under the sun and did the horns on salute. Live horns! And I didn’t have to go to London to record him!

He’s on the tune Many Signs, right?

Yeah, he’s also on a lot of tracks in different ways playing different instruments. Little bits of guitar and things like that. He’s brilliant. So so talented. Check his stuff out. He’s worked with guys like Roni and has been championed by Gilles Peterson. I’m absolutely honoured to know him and work with him.

You’ve also got the MC don that is Foxy on the album, on Holy Star, right?

Foxy! We’ve worked together many years ago on Planet Music and always said we should do something else but never got round to it. With Holy Star, I had this kinda disco vibe and I wanted a quirky vocal. Foxy was perfect for that. He was down in Bath at one point so again it was a very local thing.

So you got to show Ownglow a bit more of the UK, then?

Ha no! That one was actually done in London. We did that one in the Hospital studios. Unfortunately I couldn’t move everyone to Bath for it. Ownglow is so quick and energetic and talented, he was a joy to work with.

That tune, Better Life, started the album off! It was the first one where I felt like I had something I could build on. He came down for a few days and we had a really cool sessions. Similar to Ownglow, he’s very, very fast. He helped me out of this rut I’d found myself in.

Yeah kinda. I was in a bit of a rut with collaborations because the last collaboration I’d done was with Brookes Brothers. It took us six month. I love that track, and I love the Brookes, but it took a long time to nail and after that I was worried all collabs were going to be like that. But I hooked up with Mark (Maduk) and we got a groove down in a couple of days. It was like ‘oh yeah!’ It ignited that feeling again. It was some great energy. I’ve promised something for his album. I’ll make that up to you!

So the Brookes Brothers put you off collaborations?

Absolutely no way man! Categorically. It was just the situation. I was travelling back and forth to London and they’re so musical it’s insane. The levels of detail we were going into were incredible. Then we had the issue of clearing samples. We’ve been talking about doing another one soon and it will be a lot more about catching that vibe and getting caught up in the details.

So Better Life with Maduk made you feel the album’s started. Which track made you think ‘safe! It’s done!’

The very last track I made for it. It’s the title track Atomic Funk, which I made on my MPC. That’s been going down really well and it’s been getting rewinds every time.

All made on an MPC?

Yeah on an MPC Live. It’s such a sick machine and it runs off batteries. I started it in the bedroom then I did some in the car through the aux. I did quite a few hours on it in a Soho carpark, just jamming out. Parts of that tune have been made all over the shop!

Nice. Did you start with outboard gear?

Little bits. An Akai sampler, a Yamaha digital mixer, things like that. I’ve upgraded my studio during the album and have been using more. Like the MPC and outboard compressors. It’s been great getting back to that and getting really into the sonics of it all.

So it’s out in September. You’ve got a summer of teasing us with this haven’t you?

That’s exactly what we’re doing to be fair! We’ve had three tunes out, another two are coming your way this summer. Then the album comes out September 7 and it does it’s thing… This is something I’m finding very different compared to Golden Ticket. Streaming is much more in place now and the way albums are being worked is different. It’s like a lot more activity after the album is out instead of the hype before.

How does that feel?

Really good! It’s less pressure. It’s like the white label days when you felt you could just do something and put it out and see how it develops.

Kinda fits your vibe in the studio really…

Exactly. There’s more flexibility. More lifespan to the music. It’s a whole new game now since Golden Ticket and I’m happiest with this album than I’ve been with anything. It’s really exciting, I hope you enjoy the album. 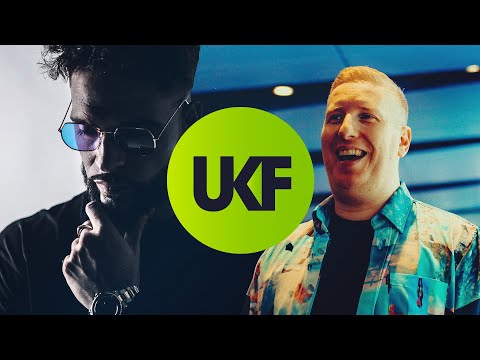 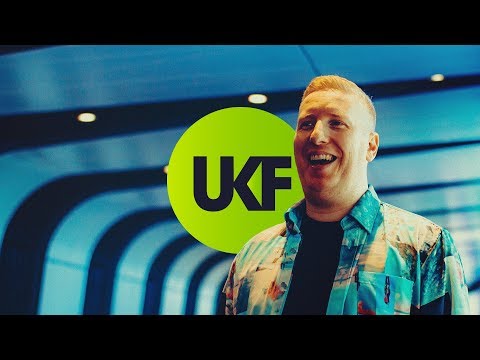 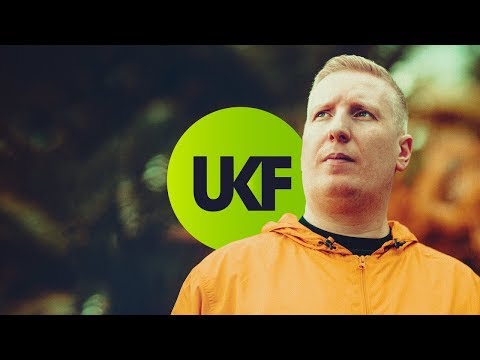 Kideko – Good Thing (Danny Byrd Remix)
AUDIO
0 shares
SIGN UP NOW & STAY LOCKED!Sign up to our newsletter to keep up to date with the latest streams, news, and events, all tailored to you.