Different Breed: the album that keeps on giving.

After several years of album turbulence, DC Breaks’ debut LP Different Breed landed last April to great acclaim. Consummately showcasing their full spectrum vibe and their canny knack of the dark art of contrast, it was worth the three year wait since they first announced it on this site.

“We feel it really reflects who we are as artists,” they told us when we announced the album. “It’s not just a collection of singles and it’s not just a listening album, it’s a big mixture of dark and light and several shades in between. I think because we’ve both been in and around DnB for 20 years and we like all the sub genres within it, we end up making all kinds of different tunes; the album has songs, jump up, heavy techy stuff, chilled liquid, rollers and more! Ultimately that’s who we are and so it’s only right that’s how the album has turned out.”

Now come the essential remixes. In keeping with the breadth and diversity of the original document, they’ve recruited a similarly sick rollcall of talents to work their reversion magic on the tracks. S.P.Y, A.M.C & Turno, InsideInfo, Loadstar, Tantrum Desire, Synergy, Flowidus and more talents have contributed to the album. As have DC Breaks themselves with their own VIP of their Prolix collaboration Infinity.

The remixes start rolling out this Friday the 12th of January, with Infinity VIP and Tantrum Desire’s remix of Underground, and will eventually comprise a full album this spring. We squeezed DC Breaks and some of the artists responsible for more information on the remixes we know about so far…

DC Breaks: When we started to think about remixes for the album we knew straight away we wanted Jay on there. He’s remixed us before and always smashes it. We thought Underground would be a good one for him to do but gave him free choice to choose whatever track he liked, luckily he chose Underground and the result is just what we wanted!

DC Breaks: So one of the first things we agreed on was that no-one gets to remix Gambino. But we wanted Paul on the package and with a bit of persuasion he made us realise if anyone could do it justice it would be him, and he certainly didn’t disappoint. This is the highlight of the bunch for us and has been destroying dance-floors everywhere we go.

InsideInfo: I played the original Gambino in my sets since it came out, loved the groove and funk of it and it mixes with so many tunes, such an instantly recognisable track. When they asked to come onboard to do a remix for the album and asked which track to pick it was the first thing I jumped at. Originally I made a version of the track that was very close to the original groove, which sounded ok but didn’t really stand apart from the original. I was trying to come up with a different second drop and what I ended up with was this long drawn out lead and reese idea, which worked a lot better, so I scrapped the first half of the track and turned it into this remix!

DC Breaks: What more do we need to say, the guy’s a frickin’ G! Never Stop was the natural choice for Carlos and we could almost hear what he would do with it before we even sent him the parts. He’s continued his great recent form on this remix and this one is going to get played all summer long for sure.

DC Breaks: The lads approached us about doing a mix just as we were putting some potential names together and we bit their hand off!  They’ve absolutely killed their remix and presented a fresh angle on the package as a whole.  Rewinds galore!

A.M.C & Turno: Firstly we were both very excited to be given the opportunity to remix something on Ram. Basically we wanted to create something a little different for the obvious. We took big influence from Original Sin’s – Therapy for the arrangement of the drop, incorporating our signature crossover style to produce a rollercoaster ride for the listener live… And on the flip side a great DJ tool.

DC Breaks: The original was a pretty big tune for us and Prolix at the end of 2016 and had to go on the album.  We’ve been writing a bunch new collabs together anyway so it felt obvious to do a VIP for the remix album, and was a lot of fun to switch up the existing parts.

DC Breaks: We first met the guys in Perth on tour there a few years ago, and since then have watched them go from strength to strength, recently releasing on Program. On our last tour over there we got chatting backstage at Villa in Perth and they said they’d love to remix one of the album tracks, we had a think and thought Everybody would be a good tune for them to flip into a banger and they did just that, watch out for these guys this year.

DC Breaks: These boys represent the dark and heavy future of D&B! They’ve been sending us dubs for a while now and we’ve been super impressed with everything, they were a no brainer to get on the package, so good to have some fresh talent on it!  Like the Flowidus guys these are ones to watch.

Synergy: The opportunity to do this remix came out from our single Turn It Out/Radiation, which was released on Prolix’s label “Trendkill Records” in 2017. Chris (Prolix) showed this single to Dan and Chris and then we get a message from them, that was so unexpected! The guys asked us would we like to remix one of the tracks from their debut album, of course we said ‘yes’! Hustle is without a doubt our favourite track from the album and the idea of the remix is about bringing as much new elements as possible without ruining the original atmosphere!

More remixes are expected to be announced soon. 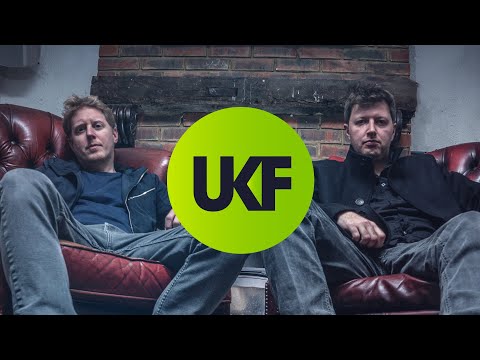 DC Breaks – Pickett Line (Technimatic Remix)
AUDIO
0 shares
SIGN UP NOW & STAY LOCKED!Sign up to our newsletter to keep up to date with the latest streams, news, and events, all tailored to you.