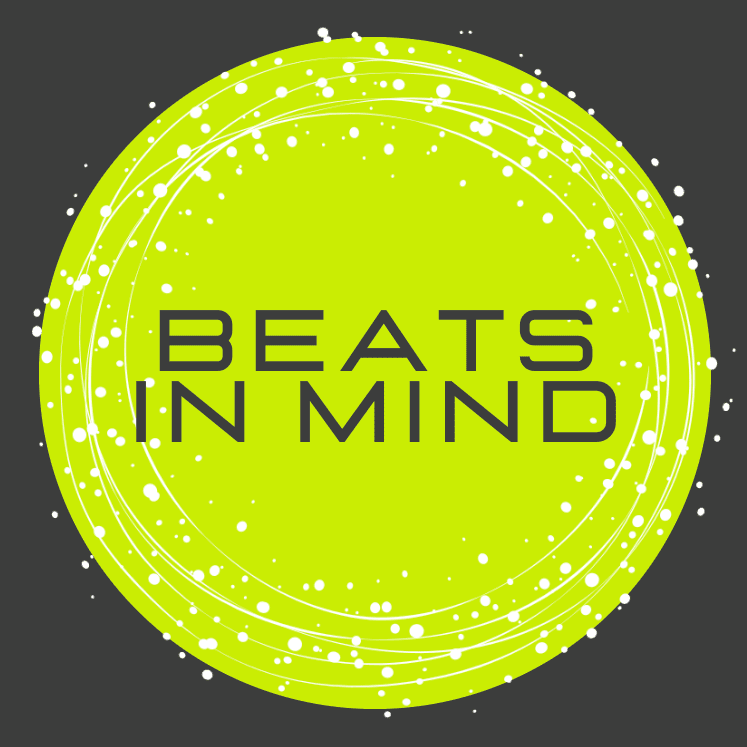 The community spirit in dance music has never been higher than it’s been in 2020. Prior to the pandemic we saw a whole range of initiatives to raise money for the Australian bush fire relief then in March the scene went into overdrive in March… Where it seems to be determined to stay until this whole surreal ordeal is over.

It’s been incredibly encouraging to see unfold, participate in and document and it shows that dance music, especially in the tight niche of specialist bass scenes such as drum & bass, is far more than just Friday night frivolity, sesh culture and mindless nan slapping… It’s a lifestyle and a culture that brings people together, gives people purpose and helps us support each other.

Cue: Beats In Mind: Headsbass, a new online community based around mental health that launched in January. The aim is provide a safe space for people to discuss their own experiences, to reach out for help, share ideas on how to combat the acutely bleak times, raise awareness, break down taboos around it and make sure that no one who suffers any form of mental health ever feels alone.

Because we’re not alone; on average one in four people in the UK experience a mental health problem every year. One in six are likely to experience an issue every week. And with the pressures, frustration, tension and isolation of the current lockdown, these figures could well increase. Beats In Mind couldn’t have established itself at a more fitting time. And it launches in earnest with Heads Bass Volume 1, a massive D&B V/A collection featuring tracks from the likes of HLZ, Trex, Chris.SU, Facing Jinx, Collette Warren, Furney, Winslow, Martyn Nytram, Virtue, organisation founder Pyxis and many more. You can find out more about where they’re coming from and why they’re involved in this insightful documentary / mini mix of the album.

We spoke to Pyxis – AKA Marisa Jade a professional who’s had years of experience in the industry as a publisher and promoter as well a producer – to find out more about the project and how we can all help each other.

What inspired you to set up Beats In Mind when you did?

I have suffered with severe social anxiety since 2002/2003 when I transitioned from raving life to family life. I became very depressed when I stopped raving and socialising, I was hoping to try for a family and at that time, I was very low and missed my old life so much that I had to go on antidepressants. I was prescribed Seroxat, which was a very dangerous and difficult drug to stop taking. Being a strong-minded character, that doesn’t need anyone’s help, I went cold turkey, which was a huge mistake. There was big legal case about it back then that went on for years, as it caused many suicides, suicidal thoughts, electric shocks and ticks in the body. I isolated myself for weeks, it turned into months and then years. Over the years I have seen so many people suffer with mental health and seeing music as a clean and positive medicine for huge numbers of people, I thought this album would be some use to people’s mindsets, hope and peace and to show how many people are actually in this together. Community spirit is also a great tool in not feeling alone, or hopeless. Have you always experienced anxiety?

For me, anxiety has been the biggest hindrance on my life. I was always an anxious child, I’ve always been quite anti people haha, except in my teens and early 20s when raving with likeminded people brought me out of myself and I was good! I am chatty, and I do love to integrate with people from a distance, so the phone is good, emails, texts, social media, but the fear takes over (irrationally I know) when I am with people. It sounds really crazy but it’s like the old saying ’the eyes are the window to the soul’ and I feel exactly like my soul is being sucked out of me when I engage with people face to face. Whether this is a trust issue, a confidence issue or something else, it doesn’t go away, it eats away at me and I don’t really know how to fix it. I have moments where I totally forget, but it’s short-lived and as soon as my mind is back in the room, I’m like “SHIT, get me out”. The breathing shallows, my face goes numb, I shake and I make every excuse to leave. I even pretend to be on the phone so I don’t have to talk to people in passing, like when you see a mate in the street.

So what triggered this project now in particular?

So last October, on World Mental Health Day, it triggered me watching all the posts from my fellow D&B family talking about their mental health and realising I wasn’t alone! Social anxiety is less common, more of a Generalised Anxiety Disorder, but also depression and a whole variety of reasons why people were speaking out. I wanted to do something. I knew it had to be music related and I knew enough people to reach out to. I procrastinated, I was busy, but I didn’t forget about it. I reached out in January on Facebook with the idea and got over 60 responses, from musical contributors, to mastering, to editorial, to artwork… so I got on a roll. Volume 1 is the early days I guess, not everyone knows what we are trying to achieve yet. But as we unfold and become a name people recognise we are getting more producers coming with tracks. Volume 2 is 95% complete already.

Amazing. These intense lockdown times are enough to rattle the most robust of minds. What’s your advice for those suffering any level of depression or anxiety during this current situation?

Well the one thing I have come to know for sure is that no matter what your state of mental health is, whatever stage you’re at, is you MUST love yourself. Accept your flaws, or what you call failings in your character. The harder you are on yourself, the more you give yourself shit and tell yourself you’re shit, the lower the low will be. YOU ARE HUMAN. What are your strengths? Who loves you? Who do you love? What do you love? What are you good at? What do you achieve? You’re amazing and if you don’t know it, realise it, teach yourself everything about yourself that is good, and wholesome. Don’t be lonely with your own dark thoughts. Be happy alone, let the light in, look at opportunity, keep bigging yourself up, set yourself new challenges and connect with the world. This isn’t arrogance, it is acceptance… And it’s been the best lesson of my life. I know I have things to fix about my anxiety and it’s taking way long than I want it to, but you know what… it’s fine because I appreciate that I am doing my best, I am still getting a lot of things right in my life and some things take longer than others.

In your experience, what’s the best way to identify mental health issues in friends who aren’t opening up or need support but are hiding it?

I’m no expert, but I’ve found that inconsistency is a flag. Extreme highs or lows are unnatural. Negativity is another huge sign, looking at the darkness of every situation. People who continually drink alcohol or take drugs or other obsessive behaviours that seem to be masks or plasters, rather than genuine enjoyment. Like over-exercising for example. Obsession is also a mental health disorder. Frequently putting others down, finding the worst in everyone and everything. These are reflections of yourself, not others.

Even bullying, you don’t just see that in kids. Abuse, is another mental illness. When you watch people fall, when you watch them act in a way that isn’t beneficial to themselves or others, there is definitely more to this than meets the eye. Even ‘why are they SO happy all the time’ – or hyper – it’s a manic form of a natural state of happiness. I’ve seen a lot go on around me, I see people either making up for something they feel they don’t have, or desperately trying to destroy themselves or others. I think some people don’t even know it, will never admit it and you can only do so much to help people, you do have to also protect yourself and your own mind to keep it healthy. That’s why raising awareness is a useful tool, rather than making people open up and talk to someone, you can set subliminal efforts to engage people, to make them think ’shit, that’s actually me’. It’s actually far more beneficial to anyone suffering for them to recognise themselves and take steps they instigate, if you force something, it usually burns out quickly. But more than anything, love everyone. Even the darkest of souls, they need it the most.

Absolutely. What else can we expect from Beats In Mind as you develop the initiative? And how can people help and get involved?

We have set up the pages on FB, a group which is private if people want to talk or sound off in there, it’s early days but it will grow, and a page for posting up info about the music and the various useful ways people can get help. Raising funds is not the easiest thing to do, especially right now, but we also set up a GoFundMe. So maybe one day we could invest in some merchandise. But for now, we are making music and spreading the word that nobody is alone. Sharing and talking about it is going to be the most helpful way forward.

Join the Beats In Mind community

Donate to Beats In Mind