Etherwood is back with his first track in over two years!

No fanfare or grand salvo: Fire Lit Sky was teased with Med School video last week and a sneaky debut for those lucky to catch him at Hospitality In The Park. But music like this needs little fanfare… Fire Lit Sky comes with unassailable impact. Not only does the emotionally cinematic drawn-out intro represent the journey Woody has been on crafting music over the past two years, but it’s also the first material we’re hearing from his long-awaited third album.

The whole album is about nature and how amazing and innocent it is and how jealous of it I am.

The album has come with issues for Woody, who struggled to find inspiration after releasing Blue Leaves. But a ten-day trip to an isolated island in Finland is all it took to reignite his creativity and write it. Inspired by many occasions sat alone in a wooden sauna, the upcoming album is one he considers to be his most personal and complete work to date – one that continues to convey the authenticity and naturalness his music has consistently embodied.

With a second single due to be released before the close of the year and his new album to follow early next year, we caught up with Woody to talk about his steamy sauna experiences and gauge some details about his new music.

The last time we heard new music from you was two years ago!

It feels really good to get some music out there again! It has come around quite quickly. I’m really stoked about it. We did have a few penciled in deadlines but it took longer than originally hoped. I think it’s my favourite album out of the three to be honest because I feel more connected to it. I went out to Finland for ten days about a year ago and stayed in this little cottage in the middle of nowhere on my own – it was literally so reflective. Most of the album was written in that short time, so there is a real concept to it.

Did you purposely go out there to find inspiration, or did it hit you whilst you were there?

Since I was young I’ve always wanted to go to Finland and literally just do what I did – find somewhere remote and write a load of music without there necessarily being any intention or pressure to create an album. It was just a case of going out there and seeing how it goes. One of my friends lives there and he sent me a picture of this little cottage. Lots of Fins have them – they’re sort of like summer houses. There are lots of amazing forests and beautiful lakes there, so I thought it would be a nice place to write some music.

It’s stunning there. The weather does some really strange things, especially the sunsets. There was this time where I could see the stars reflecting in the sea. The whole thing was starlight, it was absolutely nuts!

How come you’ve had such a prolonged break since Blue Leaves?

I think for a long time after Blue Leaves came out I didn’t really feel inspired to get back into the studio and write again. It’s the opposite from the first album because I basically started writing Blue Leaves straight after it came out. For this one I was trying to force myself into the studio, but I wasn’t pleased with anything, so I thought it would be best to take a break and try do little bits when I felt inspired. It was just a natural thing that happened after Blue Leaves came out. I wasn’t feeling it and didn’t want to just chuck something out there that didn’t feel special. As soon as I heard about Finland I was in the right frame of mind to put something out, so it all came round at the right time.

I can imagine it gave you time to focus on your music and get everything up to the level you wanted it to be?

Definitely! Like I say I didn’t want to put too much pressure on myself to come up with X amount of tunes before I left. There was no one else there. I was completely isolated, which is what appealed to me. When I arrived I turned my phone off for a few days and just sat there taking in my surroundings.

It’s nice to cut yourself off from the world sometimes.

It’s the one mate! As long as you tell people where you’re going so they don’t call 999 or something… When I was there I literally didn’t talk to anyone else except myself for nearly two weeks. It was a pretty mad feeling.

Yeah just the deer and swans, but I think they got a bit annoyed with me towards the end…

So what’s the story behind Fire Lit Sky? It’s packing some serious feeling!

The whole track just came to me in Finland. Saunas are a big deal in Finland… It’s a way of life for them! It was a proper wood sauna with a stove, not electric or steam. So I got that going and sat there for an hour. You then do the whole run and jump in the icy water and get back in the sauna. It really helps to clear your head. I was sitting on some rocks afterwards and the sunset was unbelievable. I have never seen anything like it before. This idea came to me for this tune that builds as the sun sets and the sky starts changing colour. The colour of the sky was constantly changing so I wanted to capture that somehow in a tune, and Fire Lit Sky does particularly sum up the journey of when I was there. The tune really means a lot to me, so it’s nice to finally release it to the world.

Honestly, a lot of those tunes were written in the sauna! Which is kind of strange when you think about it because I was sat there butt-naked writing an album in a steam room… You just get into a zone while you’re inside and you become very relaxed with a clear head. Those are the times when music starts coming to me. I start thinking of tunes when I’m feeling very comfortable and relaxed. For lots of producers, their tunes are triggered by deeper emotions like anger or love, but for me it’s just about that clarity of mind. It was weird with Fire Lit Sky because as I sat there I could hear the tune in my head, not specifically as it came out, but the idea. Afterwards, I ran back to the cottage and wrote the piano line and did a rough string edit with a beat underneath. That’s sort of how the other tunes came about too. It felt so natural to me – opposed to sitting down with a piano and spending all day writing different riffs.

When you make a track as organically as that you can really feel and hear the difference!

I think that’s why this album feels so good for me because the whole thing was such a natural process. It sounds really cheesy, but it was like it had been written for me by my surroundings… The whole album is about nature and how amazing and innocent it is and how jealous of it I am.

Clearly your surroundings are influential to your music because all three albums have threaded nature themes – from the soundscapes to the artwork and track names.

Yeah definitely. Nature has always been really important to me. After coming up with the artwork and videos for the first album it felt right to keep the theme going.

When you brought out your first album I felt like the stripped-back naturalness of it made you particularly stand out. I’m glad to see you’re still rolling with this style into the new album.

That’s nice to know! I agree. It seems to be a common thing people say – that none of it is over-produced. It’s all quite honest I suppose. It’s been important to me to keep that going and just make honest music, not being led astray by making tunes certain people will like or ones that will get on the radio. That’s why this album feels more special than the previous ones.

So does the rest of the new album’s style follow in a similar vein to Fire Lit Sky?

Yeah it sets the tone for the rest of the album. When I discussed which track to release first from the album with the Med School guys we spoke about Fire Lit Sky and how it was a very typical Etherwood tune with the piano line and strings, so it felt right to get it out there first.

Are we going to see some returning collaborations or maybe some new ones?

There aren’t as many featured artists on this album as the previous ones. Most of the vocals are done by myself. There’s one female guest vocalist on there but I’m not going to say who… There’s another feature tune with an artist on Med School too, but in general it’s very much my album. You get those albums with loads of features and it’s almost like the features become what’s driving the album. I just wanted this album to be more my body of work.

Some of your best songs have been the ones with your vocals!

Yeah it’s funny because you get lots of different comments – we want more instrumentals. We want less instrumentals. You should sing more. You should not sing more… But you’ve got to take yourself away from all that and just say – this is what I’m going to do. It’s great doing my own vocals because with the instrumentals, they mean so much to me that I don’t want to get a vocalist on them who gives me back a vocal about their next boyfriend or girlfriend, so it’s nice to be able to keep the tune very personal.

You’re absolutely right. Plus it means you have the ability to sing them live. Talking of which… How was it getting on stage with Fred V & Grafix at their live shows last weekend?

Haha that was fun man! I’m surprised it’s taken us so long to do it. We kind of did a slightly last minute, half cut version ages ago at one of the Hospitality BBQs. It was quite late in the night and they were like – yeah jump on stage! So I stumbled up and grabbed the mic and sang along to it. I’ve done live vocals before but never in that sort of club environment. We first did it in Manchester at the weekend and kept it quiet before Bristol. It was nice ending their set with me singing Forest Fires. I really enjoyed it! 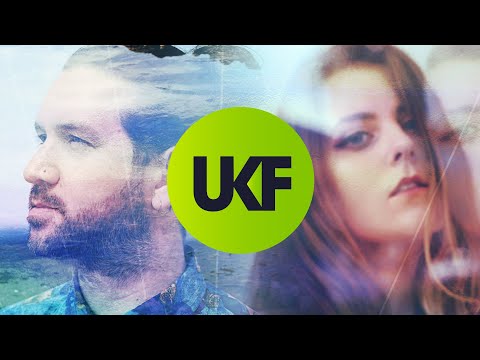 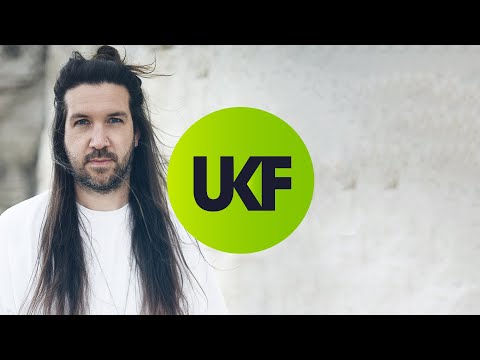 Etherwood – Heterize
AUDIO
0 shares
SIGN UP NOW & STAY LOCKED!Sign up to our newsletter to keep up to date with the latest streams, news, and events, all tailored to you.