A beastly bloodthirsty brew frothing over with 15 seismic wounders: Murder Mile comprises some of the London-based artist’s most uncompromising fusions since he emerged in 2004 and consequently went to appear on the likes of Ram, Shogun, Cause 4 Concern, Commercial Suicide about 80 percent of the records Hype ever released on his sorely-missed Ganja-Tek imprint (to name a few)

Released May 27 on Blackout, the album features collaborations with the likes of Black Sun Empire, Malux, Qemists, Coppa, DC Breaks and many more. It’s named after the area in which he lives, it’s unapologetic in its brazen brutalist designs, it’s not shy of a rock element or two and there’s even a cheeky nod towards to the jumpier side of the game. Heavy enough to keep you screwfacing all summer, it’s the sound of a man in his most high octane musical element. We called him up to see how it came to be. Fortunately there were no murders involved.

Murder Mile! What a name for an album. So I’m guessing this is a reference to Hackney?

Yeah it is. I grew up in Brighton but I’ve been living here for quite a while and I like the sound of it as an album title too. It’s always tough coming up with a name for any track but especially an album. I think people expect something bigger from an album, a concept or something more than just a random word or one of the tune titles. I wanted something to reflect where I was, the location, the vibes.

The history too. Some of the original drum & bass DJs were born and raised in Hackney. Loads of raves and pirate stations there…

Yeah there’s definitely an aspect of the music’s history in there too. You’re right, so many of those legendary DJs came from here and still live here.

I read on your Facebook about a dismembered head being found near your studio. Any truth in that?

Haha. Yeah that was in Haggerston – a mile away from where I live now.

That’s very close to this office!

It is. Right by the canal. That area used to be well dodgy.

Is this the anger and darkness we can hear in your music? The grit and danger and stress of inner city life?

Ha! Maybe a bit. It’s not like it was when it was actually called Murder Mile, I love living where I do. But I did get burgled while I was finishing this album and had my studio ransacked.

Yeah man. I nearly had my computer nicked too. They took my CDJs, my record player, my Flying V guitar which was my pride and joy and I’m still fuming about that and one of my keyboards. They tried to drag my computer out but I think it was too heavy.

Very lucky. I hadn’t backed up for months and I’d have lost a huge chunk of the album. Luckily the police investigated it and caught the guy.

If that had been taken then how much work would you have lost?

I’d have lost about six months of work on it I imagine but a lot of samples and things like that on there I hadn’t backed up so I’d have lost years of work. That would have been devastating. You back up project folders and song ideas but you don’t back up samples. Fortunately this didn’t happen though!

Yeah man! So when did the album start to take shape? You actually mentioned wanting to start one on UKF two years ago…

Yeah I did. So me and Shogun went our separate ways, I started on it and started looking for the right label to release it. Blackout were the obvious choice; they’re great guys and friends of mine, very fun to work with and the label suits my sound perfectly. Looking at the landscape, there aren’t that many labels doing this sound at the moment. It’s great to be involved with them; they’re very relaxed but very efficient.

It does doesn’t it? It’s nice working with guys like that.

It sounds like you were all having fun on Savages!

Definitely. We went in on a different vibe there. It’s not strictly jump-up but there’s definitely a vibe of that to it. It was great to have the Virus Syndicate boys give it their own unique aggressive grimey edge, too. It’s a bit of an experiment, but it always goes down well every time I play it.

That’s kinda the vibe of the album. Like Set Me Free is a few tunes all in one. That Concord Dawn style intro goes into a completely unexpected drop.

Thanks. When I started working on it I thought about what I love about drum & bass, what I love to play, what I love making but I also wanted to have my musical influences in there and obviously rock has been a big thing for me for years so I wanted that on there and Renny Carroll smashed it with those vocals. There’s also Feel Alive, the track with Qemists, who are known for their fusion of drum & bass and rock which again I was super pleased with, also because they’re mates from growing up in Brighton.

Great to hear the Qemists again. Unsung heroes of that mid/late 2000s rocky sound. Pendulum eclipsed everything but they did BITS. Are they still active?

Yeah they’re doing loads of things behind the scenes and have different projects. We’ve been chatting about doing something for years and years and it took 10 years to get around to it but it’s one of my favourite tracks on the album.

Awesome. It’s one of those collabs where you can hear all of your sounds. I imagine it’s hard to achieve that balance in a collaboration?

Very true. You have some collaborations where it’s a bit of a tug of war where you’re both pulling in slightly different directions. You all have to make compromises along the way. But with this we all clicked and agreed with what we wanted, and Ollie nailed the vocals too. It all fell into place so nicely.

Was that the same type of natural flow with DC Breaks on Beatdown?

Yeah for sure. We’d worked together before on some things for Ram so we know how each other work and had a good communication process anyway. Dan lives over the other side of London to me so kinda relatively close. He came over a few times, Chris sent over some wicked sounds and that was a great collaboration. Very smooth and fun.

Definitely. I try to do things together in the same studio as much as possible as things get lost in translation online a lot. You or they can spend hours on something and send it over and it’s not the vibe the other one had in mind. Like I said, it can be a compromise. It’s much better to get on a vibe in person and work together and react to it together in the moment.

Yeah man. Obviously my first album was the collaboration album with Gridlok but with this one I wanted to pick some good friends and also work with artists who I really like or who I feel are hidden gems. Guys like Renny and Scarlet She Koro. She did the vocal on the collab with Malux who’s a producer I love and wanted to work with. I wanted to work with Dee Freer because I’ve loved her vocals for a long time. I spent a lot of time trawling online to find someone who’s not been rinsed by the drum & bass scene.

Must be great to find a new talent. Ever been inspired to do a Calyx?

Ha! I can croon along in the shower and I’m probably in tune but no that’s not for me. Maybe with enough vocoder and distortion but I’d rather leave that to the really talented singers. And MCs too… Coppa was a ‘must have’ on the album. He’s such a pro and we’ve done things together in the past and he’s just such a wicked guy to work with. He understands the process, he’s very responsive, he records things at a very high level in his studio, he doesn’t have an ego. Yeah, I can’t shout him enough.

Not many MCs can work on music as busy as yours

True! Yeah there’s a lot of frequencies going on and fighting for attention and not a lot of space for the vocal but he always knows what to do. I think that’s the main challenge with my style of productions is working out how to get a vocal to work.

Yeah I imagine. So when did you finish the album? When did you draw that line in the sand and send it to Blackout?

Not long ago at all! We’d put out some of the singles and planned a few more but it was only a month ago when I sent over the final final final version and stopped tweaking hi-hats. I guess that’s not rare in the music game now. Things do move very quickly.

It’s important to have that immediacy

Definitely and the game changes all the time. The dominant sound changes and what the new generation of fans are into. One minute everyone loves neuro, the next it’s jump up, the next rollers are a subgenre

You know what I mean? Now there’s a great wealth of minimal stuff coming, things are constantly changing so you’re more likely to sound relevant if the album is released as soon as it’s finished. Not that sounding relevant is the reason you write an album, but you want as many people to hear it. And from the perspective from fans it’s important to have it out quickly… They know something is coming out, they don’t want to wait six months or a year for it come out or they’ll get bored waiting. So that immediacy is important for everyone at the moment I think.

Yeah man. So with that in mind I suspect you’ve already got your eyes on the next release after the album?

I wish I could say I did! I’ve been taking a bit of a break, organising my studio and cleaning things up a bit and doing all the things I neglected during the album process. I’ve got a bunch of collaborations people have asked me about and remixes and things so yeah there’s stuff in the pipeline. There’s also Trendkill to take care of.

Yeah what’s coming up there?

That’s all I can say for now sorry. Trust me, it’s awesome. Watch this space!

Prolix – Muder Mile is out May 27 on Blackout

Prolix – Beyond The Satellite
AUDIO
0 shares 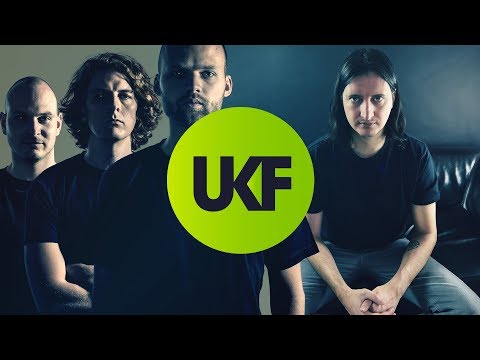 Noisia & Prolix – Asteroids (Noisia Remix)
AUDIO
0 shares
SIGN UP NOW & STAY LOCKED!Sign up to our newsletter to keep up to date with the latest streams, news, and events, all tailored to you.