An explorative, 16 track album that exposes FD’s widest influences and canvas, Better Days ranges from soulful drum & bass to dark rollers via garage, house and techno-influenced breakbeat. Almost entirely Freddie Dixon’s own solo work, the only collaborations include Fox, Cecily, Issac Rosie and Maverick Soul. It lands in just a matter of week’s time on June 7 and Deadly Styles is the first tune to  be revealed so far:

Here’s how it came to life…

You never get a second chance to make a debut album. For some reason I think this might resonate with you. Does it?

Yes of course in a way it does but strangely enough, this actually came together so much more easily than I expected. I’ve been wanting to do it for quite a while now and have been waiting for the right time and opportunity. And then it really felt like this was it so I was like ‘okay I’m going to do this. I’m going to get as many new ideas down as possible and see where I can take this.’

The reason I asked that is that you’re seem very methodical. You don’t release anything for the sake of it.

Yeah, when I got into all of this it felt like things operated with a different school of thought – labels would only release what they felt was really the best stuff – the mantra ‘all killer and no filler’ was where it was at. And I guess that’s just stuck with me; I really want everything that I put out there to be the best I can do at that moment in time. It’s not easy to always be confident and positive with what you do and be prepared to let your work out into the open – these tracks will be there for ever for whoever wants to find them. But I find that if I try and stick to the idea of only putting out what I feel is the best I can possibly make it at that moment in time, I’m normally at peace and happy with that.

With a title like Better Days I’m wondering if there’s a sense of nostalgia?

It’s more of a comment on everything that’s going on around us at the moment. I want it to be a positive tonic to the scary times we’re living in. I don’t want to get too bleak about the political climate but we need escapism more than ever I think and this is a note towards better times, better days, a more positive feeling. For a lot of us music can do that. It can transport us.

The better days aren’t necessarily looked back at, they’re something to look forward to in the future…

Totally. It’s whatever it is for you. I guess in a way, though, there is a sense of nostalgia in the way I make music. Simply because I’m not interested in following trends or whatever’s hot in the moment, I just like whatever feels good.

I was wondering if writing it based in Switzerland had an influence. Not being in one of the busiest D&B cities and being a bit removed from it. And also, did you move over because of the state of the UK?

Yeah my move coincided with when the Tories came back in and cut funding on everything we’re even remotely interested in, but essentially I did want a change too. I was bored of London and when things are too familiar it feels like things can be too easy or too stale. It’s good to challenge yourself. The world’s a big old place, I hadn’t seen that much of it. I found it exciting to be in a different place. You fall in love with things you wouldn’t even notice in your day-to-day life. When I went to Berlin I fell in love with the street lights and road signs; things you don’t notice or usually appreciate. When you move to new places you notice these things. All these subtleties make an entity and I feel like it made me appreciate that more.

For me it’s felt good to be removed from the stresses and excitements of the scene in a place where it’s happening all the time on your doorstep. I think maybe it’s helped me to find my own identity a bit more, but none of this was done in a conscious way, it’s just the way it’s happened and worked out. I’m still working it all out, it’s all part of the journey and seeing how it goes. I don’t miss London though to be quite honest and I don’t worry or feel that it’s affected my career.

Do you think that’s why the album has some nice garage, techno and house bits?

No. That’s just a reflection of me listening to everything. There was definitely a time when I was so enamoured by drum & bass that I wasn’t able to give any of my attention to anything else. But even after that initial bump I got back into searching for different music quite quickly. I’m not prepared to narrow things down; there’s outstanding material in so many different genres. But I do think it’s a bit of a gamble to put other stuff on the album; do drum & bass fans want to hear anything else? Are they open minded or narrow minded?

Ha. I think by our nature we’re open minded as the genre is such a melting pot of sounds and influences. For a long time it could be described as the jazz of our time, that parallel was drawn in the 90s a lot. Whether it’s quite the same now? I don’t know. It doesn’t sound so revolutionary because it’s so established.

Yeah I think because drum & bass is in such a tempo of its own they help to offer a little chink of light in the door before it opens. I do it with ambient records in mixed genre sets. It works quite well and maybe that’s why people don’t mix drum & bass with other music because they feel it’s almost incompatible – which it isn’t.

Lenzman plays a strong role in each release on The North Quarter. Can we hear him in the music? Or did he give you a blank canvas? It sounds like a blank canvas…

Both I think. It came about through the first EP I did for him. It was a good experience, we work in a similar way and have a similar level of what we expect from each other, so he asked if I wanted to do an album. I’ve wanted to do an album for so long. I take it so personally, it matters to me so much, it’s an integral part of who I am and it felt like the right thing.

But in terms of where you can hear him is in the way we approached it. Usually I’d work in a way so I’d start an idea and, if I’m feeling it, I’ll take it as close to completion as I can. But he pointed out that if I go away and do five tunes but he only likes one then we’ve still got a long way to get to the album. He suggested doing loads of ideas; just spend a day on each, max. Then I’d have loads of ideas for us to pick through and that was the way it worked. I’d never done it like that before. It’s great; if you’ve spent so long on an idea then you find it hard to remove yourself from it. But if you’ve spent a day on it it’s much easier to say ‘no that’s shit’ or ‘yeah let’s develop this’. In the end I gave him 35-40 ideas and we whittled it down from there. It’s his label, he’s going to pick what he likes but he’ll listen to me and my choices. We’ve got a good balance, it’s bigger than the sum of its parts. There’s a bit of both.

100 percent. I’d be lying if I said it wasn’t hard at points and a massive challenge mainly because I’m more of a vibes guy. That first session, when you’re turning it from sounds to an idea and into a loop where you can feel something, is my favourite bit of any tune. So doing that fun bit for every tune and then facing 15 tunes where I have to start getting into the details was initially quite daunting. But then I realised I didn’t have to work on just one tune; I could switch between tracks if I was feeling uninspired or couldn’t move on with one track. It gave me variety.

All in all, it came together quite naturally. Somehow it wasn’t that difficult and I wouldn’t say that’s normal for me. I’m not the most natural or quick person but maybe it was a lot to do with the back and forth I had with Lenzman. I’ve got to thank him a lot for it, I feel like our dynamic and the fact he invested so much time and thought into the project really helped to bring out the best in me and make me feel more positive about my music.

Everyone I’ve interviewed on The North Quarter has said that

It helps to have a sparring partner. He’s a hard taskmaster as well but I think that helps. It’s good to have someone pushing you along and saying you can do this. He’s working you hard but it’s something we all want to do so it’s a good thing. It’s been a good balance. I take the piss out of him sometimes for being so in my face but it’s nice to have someone believing in what you do. He sits back enough so it’s your thing, but he directs it so it fits with his narrative. I’m enjoying the balance, I hope he is too.

I’m sure he is. What follows the album?

Just writing, constantly writing and seeing what I can do and trying to keep learning. In music there’s always more stuff to learn and new places to dig and I feel like I’m appreciating thing more and more as I develop into this. That’s exciting and I’ve got a good platform to do that.

FD – Better Days is out June 7 on The North Quarter 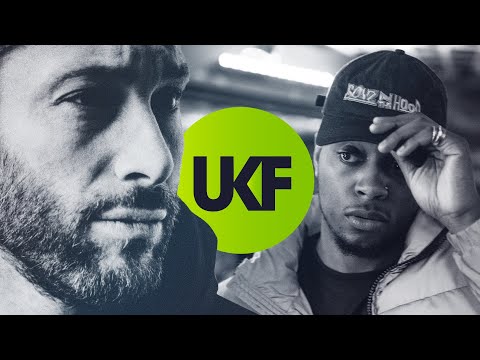 UKF Podcast #103 – FD & Fox
PODCAST
96 shares
SIGN UP NOW & STAY LOCKED!Sign up to our newsletter to keep up to date with the latest streams, news, and events, all tailored to you.