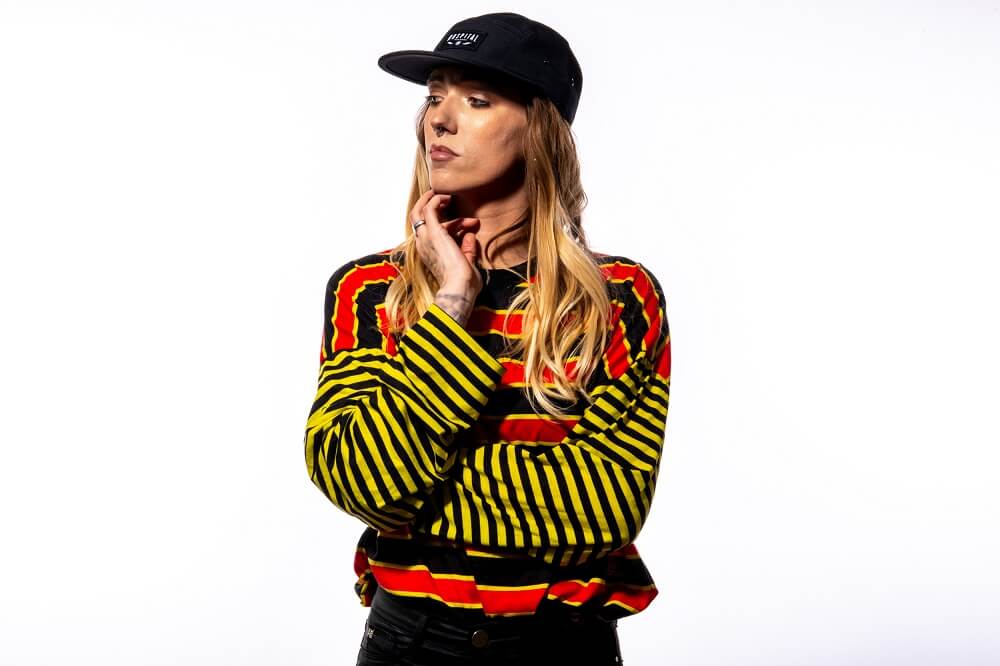 The news arrives almost exactly a year since her first official D&B release Return To Me landed on the label’s annual Sick Music collection. Following Human Trumpet on the label’s Hospitality On The Beach 2019 album last summer, Mesmerise is Flava D’s first stand-alone single on the label. Her strongest D&B track so far – all dreamy synths, hooky arpeggios and bubblesome bass – Mesmerise  lands this Friday. More will drop as 2020 develops.

“It’s great to have her on board,” says Hospital Records co-founder London Elektricity. “She’s one of the rare artists who can do all genres properly from bassline to drum & bass and garage. She’s incredibly talented and it’s been a pleasure watching her develop over the last year. Some of the things she’s sent me remind me of the spirit of Marcus Intalex.”

Compliments don’t come any higher in D&B. Flava told us more about the signing, how she’s developing her productions and how she balances her dual role as a rising D&B talent and major league garage/bass headliner…

You’ve previously told us how Hospital was one of the earliest D&B labels you were inspired by before. Take us back to that first encounter…

So I was about 14 waiting for the bus one day and there was this charity shop by the bus stop. Just to waste time I went in to look at all the CDs, because I always used to buy a lot of old garage CDs, and one day I saw the CD for Hospital mix one. I didn’t even know what Hospital was, and I wasn’t really familiar with D&B but I was just quite fascinated with this CD that had this plain mustard yellow artwork, and I thought ‘I’m just gonna grab it, see what it is’. I loved it and I ended up going back and buying Hospital Mix 2 and 3, which is where my infatuation with liquid D&B started.

Who else was part of that journey of D&B discovery and has maybe influenced your production style?

Personally, I’d say Calibre, Alix Perez as well, S.P.Y (he’s one of my favs) With Calibre, I think he’s always been so consistent with that liquid sound, but he’s able to merge it with different styles. He’s been a huge inspiration for me, and he’s one of the early artists that I got into – special mention also to early Danny Byrd and London Elektricity – particularly his track Dub My Dreams. It’s still one of my favourite D&B tracks to this day and that was one of the tracks from that first CD I bought – so all that early 2000 stuff is huge for me.

You’ve been playing across the board in a lot of extended sets. What’s the response been like from the audience when you mix D&B with the garage and bassline?

Oh man, it goes off. It was a TQD set originally at Leeds Festival where we decided to spontaneously drop some D&B for the last 20 and from then I was like ‘wow, that was explosive.’ It’s easy playing big D&B classics but I’m looking forward to holding it down with my own tunes! But yeah it really just went from there and I started doing it more and more and I think that’s when I started thinking more seriously about the D&B direction.

You’re being booked for more and more D&B sets but are also in big demand on the garage/bassline side. Is it easy to balance playing in the two worlds?

Good question! This is still something I’m just trying to balance out currently. I might do a couple sets at festivals, one for Flava D, more house and bass, and one D&B so people get the best of both worlds. I’m really focused on the production side of things right now, as I want to have a lot of my own music to play. Not just liquid stuff, I’m trying to get some of that harder type material, so that I’m always ready whether it’s a warm-up set or its peak time – so yeah, that’s my priority, producing and having a bag ready for the festival season!

What would your dream D&B line-up be?

Oooh, it would have to be Goldie, S.P.Y, DJ Storm, Indika, Sam Binga, Calibre. I like to have a bit of variety and I feel like I’m already thinking about the flow of the party – I don’t know off the top of my head, that’s pretty much some of my dream line up – I really like Hugh Hardie, really into his sound – Unglued too, he’s a wicked DJ, and also Inja hosting as he’s all about sending out those good vibes.

Speaking of line ups. One of the earliest times you linked with Hospital was a night you curated during your XOYO residency. What has your D&B journey been like between then and now?

It’s been like homework for me, I’ve been constantly studying it. That Hospital night at XOYO was my first official D&B set in a club so I was quite nervous, especially to be sharing the line up with S.P.Y, Metrik and the rest. It kind of felt like I had to prove that I can do this.

It was a huge learning curve just to be able to see them close up in the booth doing their thing, and watching the crowd as they play was really fascinating for me because it was something I hadn’t witnessed before being so caught up In the other sounds that I do. It was a huge turning point for me and pretty much from there and even after that gig, I went straight back home on Ableton to make new D&B. It was actually one of those evenings where I made Return To Me which was my first single on Hospital, so yeah that was one of those knock-on implements right there.

I’ve been really getting stuck in at the studio, trying to find my sound. I’m learning with each gig that I get, because with D&B you’ve really got to adjust how you play. It’s a completely different mixing style, I don’t even know what my D&B bop is yet! There’s been a lot of adjustments but I’ve been having the best time with it and I think change is really healthy for me really, it keeps me on my toes – I enjoy being an underdog and earning my stripes.

Awesome. Tell us about Mesmerise…

I’m proud of this tune, from a geeky producer perspective because I’ve been trying to level up my sound. Even down to my mixdowns: if I listen to Return To Me, and then I listen to Mesmerise, the drums completely smash Return To Me out the water. Return To Me and Human Trumpet are more warm-up type of tunes and I felt I needed something with a bit more energy while being a bit more upbeat. So with Mesmerise I wanted the best of both whilst maintaining my melodic side.

Mission complete. What else can the D&B world expect?

Man, I’m just trying to bring that fierce female energy – I think there’s been a lack of it in the D&B scene as it’s quite a boisterous world. You’re getting a lot sick female DJs popping up now which is wicked, but I feel like there’s a lack of female production contributing to it and I guess that’s what I want to bring – I’m very hands on with what I do, and I’m just trying to bring everything that I can and have fun with it! 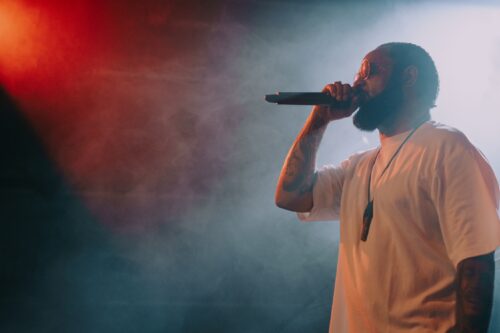