Holy Goof told us he was cooking up something big to kick off the year when we spoke to him last month. He wasn’t messing around.

Holy Goof: Fabriclive 97 is the first bass-focused 130 mix in the series since Preditah’s mix last May and follows a long line of UK bass peers such as Caspa & Rusko, My Nu Leng, Flava D, Khan & Neek and Logan Sama. Comprising 31 tracks, including eight unreleased exclusives, from across the low-end spectrum, it’s a fast-paced blend from the off as he whips up tracks from a diverse range that flexes from DJ Zinc to New York Transit Authority via Joker, Chris Lorenzo, Bushbaby, Zomby, Fineart, AC Slater and of course his own personal collection.

“I wanted to make a mix that progresses nicely and shows as many of the styles that I like to play in my sets as possible, and that people can listen to over and over again,” he states. “I’m really pleased to have music on there with legends like Zinc, good friends My Nu leng, Notion, Lorenzo and Skepsis, as well as newer artists Like Skue-K, Bushbaby, and more. Big shout to FooR for the exclusive too! Everyone that gave me music for it – I’m very appreciative and thankful.”

Yet another massive moment for the currently unstoppable bass artist who we highlighted in 2017 as a key act to watch; Holy Goof : Fabriclive 97 is available March 23 and will be launched with a fittingly heavy event at the London club itself on March 16 as Holy Goof will be joined by a hench cast from all corners: Mike Skinner, Conducta, Fineart, Voltage, Distinkt and Tom Shorterz. Room two isn’t too shabby either as Spearhead hold court with Rene LaVice, Technimatic, BCee, Villem & McLeod, GLXY and Mutated Forms.

Here’s a ticket link. And here’s the tracklist… 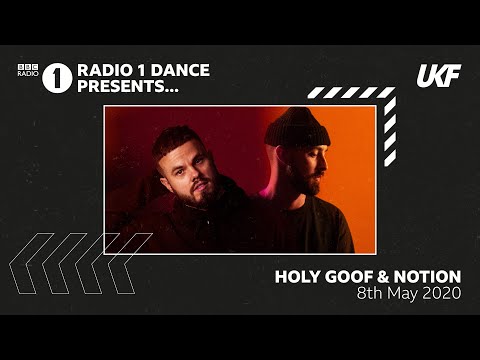 Holy Goof To Stream Globes 2 Show To Raise Money For NHS
NEWS
0 shares
SIGN UP NOW & STAY LOCKED!Sign up to our newsletter to keep up to date with the latest streams, news, and events, all tailored to you.