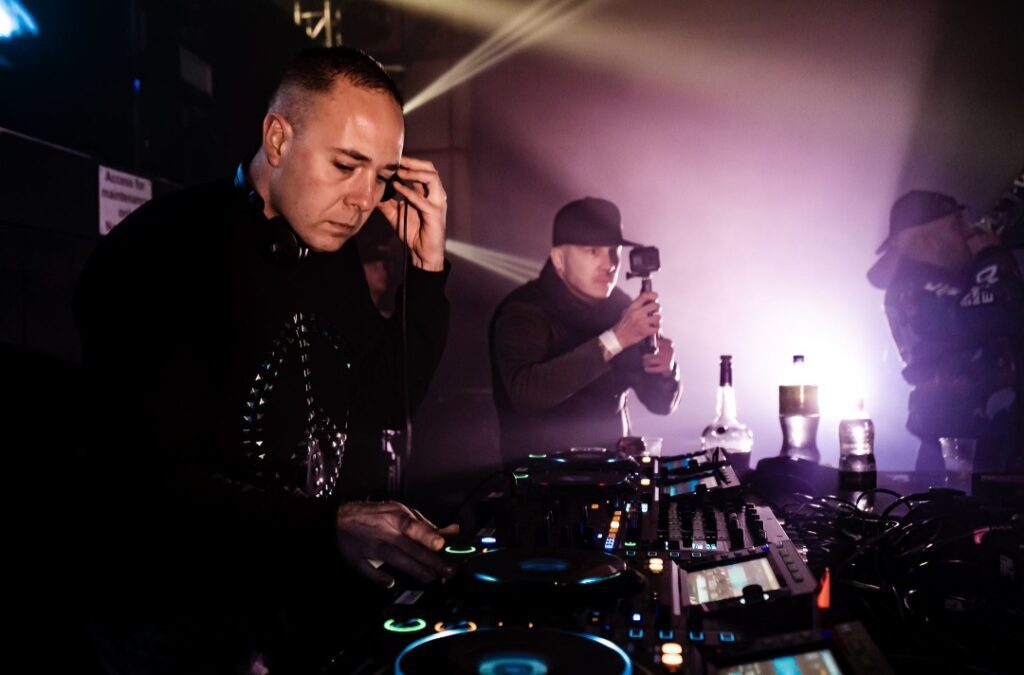 Fifteen years in the game is an achievement to be celebrated for any imprint. But it’s all the more impressive when it’s a label who’ve stayed steadfastly true to their ethos throughout.

Low Down Deep is undoubtedly an unsung hero amongst drum and bass labels. Sourcing and showcasing the creme de la creme of underground artists such as Turno, Kanine, Serum, Voltage, and so many more, lightyears before the wider scene paid any attention, the label has always stayed loyal to its jump up roots regardless of frivalorties of scenes favourite flavours.

To celebrate this, we called up renowned DJ and Low Down Deep owner Logan D about the massive anniversary various artist album.

Fifteen years… August 25 was the actual 15th birthday and we wanted to do a big tour around it, it was only in July we got out of the gate for lockdown. It was a bit of a shame because I wanted to do a big party on that actual birthday weekend. The album is out in December and then the tour for the album is running from November till next July. The album’s got  fifteen tracks, and we’ve tried to cover all the artists on the label over the years, we’ve got about 5 or 6 artists who’ve been with us for a while- Majistrate, Serum, Voltage, Turno, Ego Trippin and Heist. We’ve got new artists on there as well, and some remixes of Low Down Deep’s biggest anthems like Bomabclart and Up In Smoke.

Sounds wicked! How did you put the album together? Did you just say to people “I’m doing this” and see what they came up with or were you saving up tracks for the album?

In January at the beginning of the year when I knew we had 8 months until the birthday. I hit everyone up and said about this big project we wanted to do. I think the last album we did with various artists was probably The Firm in 2011 and that was the biggest selling album for us out of the 15 years to date. But I feel this one is going to do better.

When you guys first started, jump up sounded very different to music that Low Down Deep were putting out,  I personally think that you guys changed the sound of jump up and paved the way for different waves, like the fog horn era or the rise of rollers.

We’ve always wanted to do jump up, I’ve not really ever thought, “‘oh neuro’s in, let’s go to neuro, oh rollers are in let’s go to rollers” because I just feel like I wouldn’t be comfortable in picking what is the best of those genres, I’m strictly jump up. I’ve been doing it for 22 years now and the sounds always go in cycles.

Jump up does get a bit of a bad rep on forums and social media. I love jump up and I’ve found myself in smoking areas quite a few times defending it- why do you think it has this bad reputation?

I understand jump up is not everyone’s cup of tea, but lots of mainstream producers in recent years have blown up from the jump up scene. Bou, Kanine, Serum, Turno, Macky Gee to name a few. Jump up parties are still busy and Low Down Deep music sales are the best they have ever been. I’ve never understood why people feel the need to go out of their way on social media or forums to slander other genres of music. I personally do not like heavy metal music, nothing against heavy metal of course, but I would not take the time out of my day to post on forums or my social media that heavy metal music is shit.

LOW DOWN DEEP RECORDINGS · SERUM – UP IN SMOKE (VOLTAGE REMIX)

You were saying that your raves are always busy, and they really are. I was thinking specifically about your audience, which is particularly young and always has been, how do you think you keep being able to engage with new, young audiences, what do you think draws them in?

Jump up music works best in a party atmosphere. Young people especially love to party, don’t get me wrong, I love a party too…not the recovery time so much! Loud sound systems, grimey venues, good vibes and unity, that is what it’s all about. We have put on a fair few under 18’s parties over the years and I  have seen lots of those same kids in the over 18’s years later. I also think word of mouth helps with keeping our audience fresh.

Going back to the past 15 years, I know you’ve mentioned a few tracks, but what were your favourite releases?

For me personally the stuff that I did with Dominator, Giant Killer Bees, Hooligan, anything Dom did. He’s still smashing it now, his stuff is still selling really really well now. The lowest point in the 15 years was 100% losing my good friend Dominator, he was like a brother to me and it was a very sad loss for the scene. But other people like Maji who did Bombaclart and Pick Em Out, Serum’s Fly Paper. Turno’s Resurrected, Pacso’s What’s the Difference, Pleasure’s Watch Ur Step. Sly with the Bassman vocals like Very Dark. Upgrade Trigga Finger he did another one with Bassman as well but I can’t remember the name of it.

I mean… you’ve got a lot of tracks to remember.

This album is release number 194! I can remember one to 50, every single tune. Do you know what is quite funny. Since it went digital, it all went crazy and now there’s so many tunes, there’s probably seven hundred tunes. And I’ve got lost. A couple of times I’ve hit up a producer and said “I’ve just listened to that tune again, and I want to sign it’ and they’re like “It’s out already!” and I’m going “ahhh bloody hell, I’m gutted to have missed that, I would have had it for the label” and they’re like ‘It’s on the label’. They must be thinking, does this guy even know what he’s doing? There’s just so many tunes between the three labels…

Subway Soundz for me sounds stylistically very similar to Low Down Deep, so why the sister label?

We set it up so that LDD could always be the more premium inprint, and Subway Soundz was for new artists to come through. Like Kanine who was new at the time, he sent over Shadows and he didn’t have a big enough profile yet to go on to Low Down Deep so we put it on Subway and it did better than most tunes on Low Down Deep.

What made you release so many tracks throughout lockdown?

Between the three  labels that I own, I have a lot of producers to manage, I wouldn’t even like to count. With so many producers out of work because of Covid, tracks were flying in from all angles and it was hard to keep up with the output of the artists. This is actually the reason behind me starting the third label Underground Soundz. I literally didn’t have enough outlets to release all of the music I was sitting on. Underground Soundz also enabled me to release tracks that are different to the usual sound that you would hear from LDD and Subway Soundz.

I think you guys have got a real ear for finding new comers that really blow up. Can you spot new talent a mile off?

Ahhh thanks, you could say that, I love this music and I constantly listen to new artists and demos every single day, so it is quite easy to spot artists that stick out from the rest. It gives me great satisfaction to see artists that I have worked with go on to be successful in the industry.

What are your main highlights from the last 15 years?

Doing Privilege, the biggest club in the world, was huge. Another highlight was winning the award for ‘Best Label’ in 2015 and 2018 at ‘The Drum & Bass Awards’.  I suppose staying underground and staying true to what we set out to do.

Speaking about what you set out to do, everything from the name to the logo screams underground, so what was your mission when you started out, how did you set up?

I started DJing 97/98 and had a few years when I was running round the country for nothing, then I had a bit of a relationship which stopped me from playing out at all. I went from 100 bookings to no bookings. I ended that relationship and I made a bit of a comeback, starting back on Kool FM again. But by that point no one was giving out any tunes, so the only way I could get tunes that were new, and that no one else had was by starting a label and paying producers to give me some music. So then I had my own dubs that no one else had and it gave me ammo to swap tunes with other labels and producers.

I’ve always wanted to stay underground, my step-dad and mum say to me ‘you should try to get into the commercial stuff, get on to radio one, that’s where the money is’ but if I wanted to do that I’d try and make tracks for Drake. I’m not in it for the fame and money, as long as I can pay my mortgage and live comfortably, I’m happy. It’s not because I’m not ambitious, it’s because I love doing what I love.

15 Years Of Low Down Deep is out now 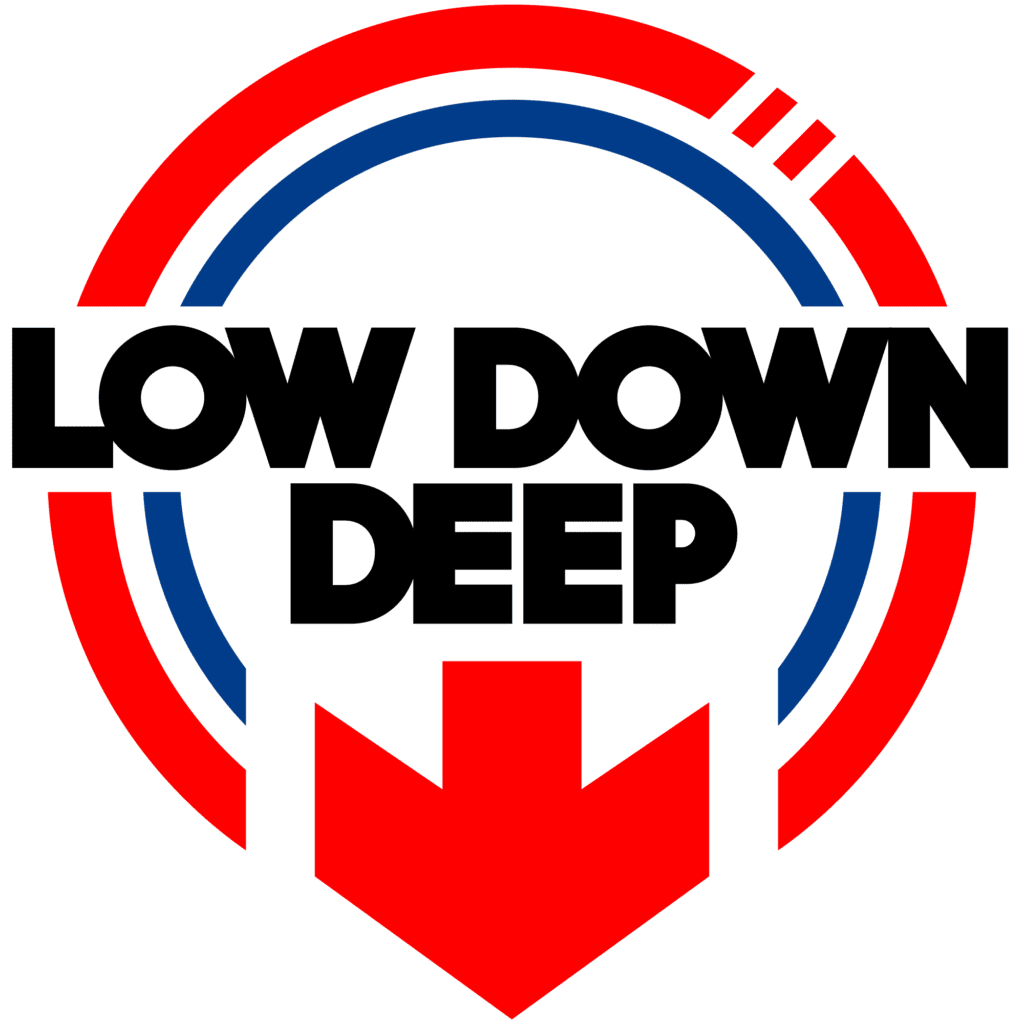