The new label klaxon is still ringing hard across the drum & bass landscape as another exciting fresh imprint catapults itself into the fray with a stern statement of intent.

Icicle is the latest artist to join peers such as Alix Perez, Breakage, DLR, SpectraSoul, The Prototypes and Lenzman as he launches his own brand-new label. It’s called Entropy Music, it launches today, November 14, and it does so with three devious documents direct from the Dutch tech doyen. The lead track Efficient is an immense collaboration with none other than Mefjus…

Efficient is backed by two more outstanding Icy originals: the old school referencing Time Waster and the rough and ready stepper Split Fibers. With a consistent and distinct loose-limbed groove running throughout the launch EP, Icicle’s devil-may-care attitude to trend and format remains the main focus… And is likely to as the label develops as future release plans includes acts such as Proxima, Ulterior Motive and, eventually, his third album!

We called him up to find out more.

I know! I’ve actually been close to starting a label three times at different points in my career but it’s never come to anything because I’ve always wanted to focus on making music and not become a media company.

But it’s a sign of the times. As you say, there are a lot of artists running their own labels now and the tools new labels can use to distribute music make it a lot easier. I also think it’s been the right time for a lot of acts who have set up their labels to do this, including myself. We’re established enough for people to pay a certain amount of attention without having to scream and shout for the limelight too much.

Yeah totally. I can be my own boss and have total control of my output and schedule and don’t have to wait on other people. After 10 years of releasing and making music, that idea of control is a big draw. What pushed me over the edge and actually made me set it up though was when I was talking to a few different labels about an album deal. In the middle of all that talking I thought it would be much more of a fulfilling challenge to do it myself. It’s the type of control I’ve not had in my career before, so it’s a new way to grow.

So you wouldn’t have released another album with Shogun?

My relationship with Shogun is great and we’ve done some amazing work together. But I was signed for two albums and I could have signed for another but the idea of doing another album with them didn’t excite me because I’ve already done two with them. It’s the same people with the same place, the same remit, the same logic. It wouldn’t be adding anything or pushing myself. I’d be making another album to make another album. But Keir, who runs Shogun, is still my manager and helping me with elements of this label. So it’s not such a massive change… I just get to do the scheduling now.

Yeah a lot of guys behind the news labels have mentioned the benefits of proliferation – you’re not in a schedule with lots of other acts so you can put out more music, more regularly.

The speed of writing and releasing is great so far, yes. The new single was written two months ago and it’s coming out now. I can’t think of the last time that happened. Having that immediacy is incredible actually.

On the flip side, there’s an element of classic Icicle in there. Especially on Split Fibers.

All the tracks have been getting really interesting reactions. Everyone has a different favourite which I guess is what you want as a label. There’s the main A-side with Mefjus but the other two are just as interesting for me and between them all they represent the label’s remit and output. Efficient is like a super tune where we threw as much as we could into the details without it losing its funk.

With Split Fibers and Time Wasters I wanted to go back and explore some of the things that drew me into drum and bass in the first place; rave and jungly stuff and 98 golden age steppers. Basically I don’t want the label to have too much of a hard sound. I’ve been battered by too much hard tech music lately and it becomes numbing and loses feeling. I want the feeling that a soul has made it, not another computer. A little grainy, a little dirty. I love having that clean progressive production but I also love hearing that dirty edge – it makes it more human. Techy drum & bass these days is the total lack of humanity and any organic interaction.

That’s because guys like you set the benchmark so high. Many people learn the science but not how to make a groove.

It is totally about the groove. That’s what creates the humanisation. A premeditated looseness and feeling. That’s what I look for when I start writing a tune; I’ll just have those two bars on repeat until I find a groove in it and build it from there.

So how about the future? Is this purely for you or will we see other artists releasing on the label?

There’ll be a few people you’ll recognise as Entropy Music develops. I love working with people so when we do collaborate we often do two tunes – one for you, one for me kinda thing. For example Ulterior Motive; I appeared on their new label earlier this year so you might see them on Entropy Music. Another person who will appear on the label more frequently will be my cousin Proxima. He’s putting out lots of sick music at the moment and we’ve done a lot of music together. Without giving too much away, the second release will definitely include him in some way!

Icicle – Efficient EP is out now 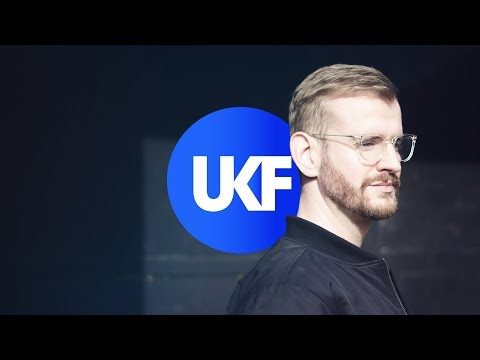 Drum & Bass community unites to raise funds for Music Minds Matter
WORDS
407 shares
SIGN UP NOW & STAY LOCKED!Sign up to our newsletter to keep up to date with the latest streams, news, and events, all tailored to you.