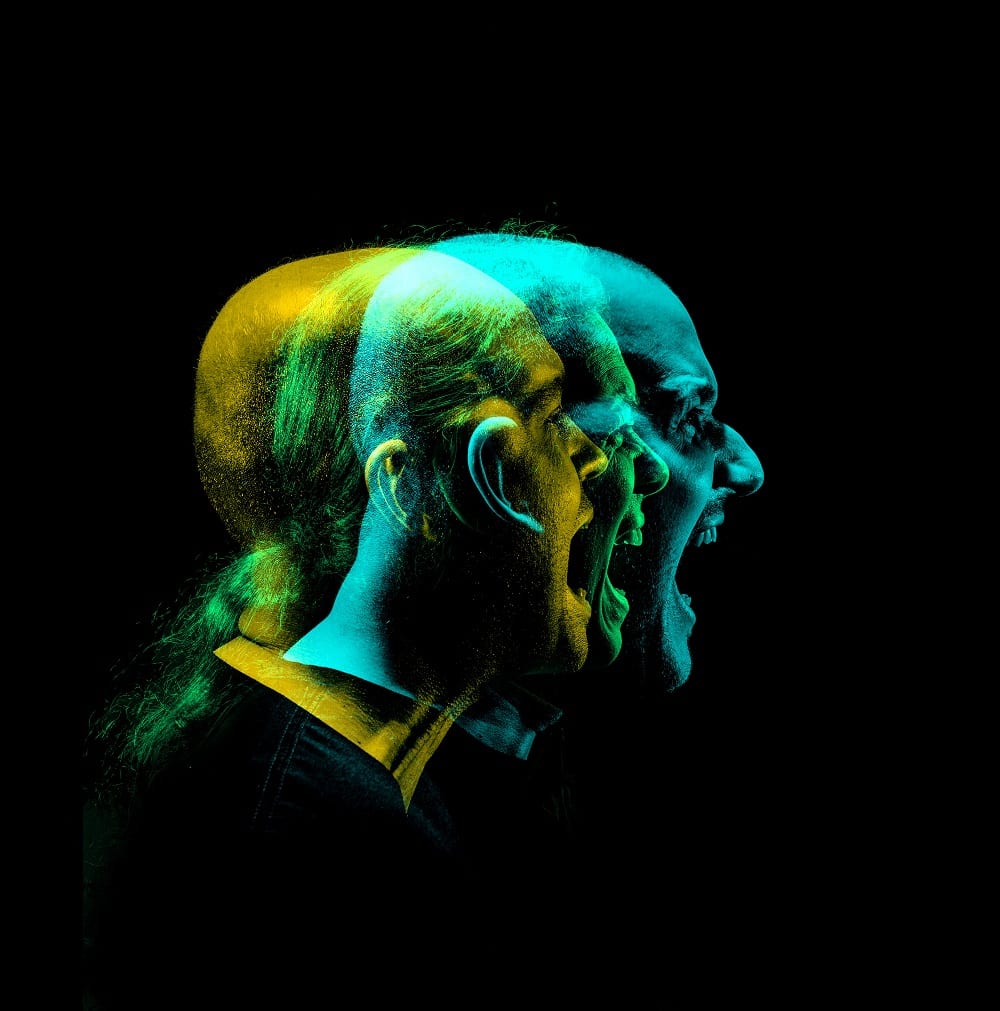 BIG news to kickstart your week…

On February 17 Black Sun Empire will release a premium two-track single with collaborations from none other than Noisia and Pythius. They have also confirmed that it’s the first full single to come from their as-yet-untitled sixth album, due later this year!

An all-Dutch line-up, both collaborations are as tight, forthright and sense-blurring as you’d expect.

The Veil with Noisia taps back into a now 12-year tradition between the two Dutch titans with some of the most dramatic, almost operatic dynamics they’ve created together. True neuro theatre with emotion and soul….

Catalyst with label mate Pythius picks us up off the floor where Heresy left us, chucks us around a bit and leaves us in even more of a state of unrest.

Any particular reason why The Veil is so biblically heavy? A remarkable piece of music…

Haha, well thank you very much. There is no particular reason. You get older, you get heavier…

A particularly weird memory is we were in our old studio in Utrecht, I think making Winter War or Lead Us and we had some lunch there at one point. One of the Noisia gang had put a large chunk of salami sausage somewhere and forgot all about it. As the tune progressed, the room started to smell worse and worse. The next day we had to stop and look for it as it became unbearable and, after we found the source of the evil stench and came up with all sorts of inappropriate titles for that collaboration.

How does it work when the six of you jump on a track… That’s a lot of minds and men in the same place at the same time!

I don’t think it has ever been all 6 of us working at one time. At most four, but that is still a lot! The good thing is they were never done online, people sharing an actual space to make something is still the best way to go.

Now Pythius… What would you say his signature strengths are as an artist?

In my opinion it’s that he keeps things simple, which doesn’t sound like a compliment, but it is. A lot of times it’s too easy to be distracted by making things overly busy or whatever, but it’s good to be focused on what matters. A good hook and some mental basses and beats!

So… We hear there’s album coming. What can you tell us?

All will be revealed very soon! We worked hard on it for most of last year and quite a bit before. The way we always work is we make a lot of beats, gather a lot of little ideas and then go into ‘album mode’ in which you actually try to finish as many tracks as possible, try make a cohesive album and try to figure out what fits together. It wasn’t until we came up with the title and artwork ideas that things really clicked for us, but we are really happy with it. This is just the tip of the iceberg.

This will be your sixth album… Not a huge amount of acts in D&B have released that many albums. How do you feel about that?

My only feeling right now is I want to make another! Making albums is fun, much more challenging than anything else. It’s also a painful and stressful time, which is probably why not everyone does more than a few. I still think it’s a shame Konflikt never got around to doing just ONE, that could have potentially been a pretty decent LP to say the least.

Was there anything you learnt from From The Shadows that helped this new album?

Only that the response to it was so good, it kept us motivated to do more.

Can I squeeze you for any more information at this juncture?

You have to do more than squeezing I’m afraid. Soon!