Importance never justifies anything… We all know this. But launching a new label certainly justifies a cheeky celebration, as man like Inja levels up once again.

Entitled Inja Music – and branded with the 4 x Drum&BassArena Award winning MC’s signature beaming grin – the label launches today Friday January 7 with Not Broken, a powerful piano-laced slab of positivity with a strong message of self love.

Timing is everything; January is a challenging time for so many of us and Inja’s message hits with a vital breath of inspiring air.

In fact it’s the second time in as many weeks Inja’s timing has been precision executed. Just days before Christmas he hit us all with Funktown Riddim (Who’s Got The Packet?) An inspired, self-produced project that calls out the grubby double-standards of the UK’s powers that be, it shot from idea to release (complete with viral video) in just six days and acted as a soft launch for the label before he’d even announced the imprint to the world.

Let’s not act too surprised, though. The last time Inja was interviewed on this site, he was on a hectic DJ fast track mission while in New Zealand. Performing as an MC and selector due to covid complications, throwing himself into situations and diving as deep as his ambitions will allow is just as much of a signature as his epic smile.

Importance never justifies anything, but positive vibes always justify an interview. We called up the unstoppable MC to find out more…

Inja Music… Tell us everything!

It’s Inja Music and I’m smiling, because that’s exactly how I am. The lowdown is that I’ve been making music for so long and I want to be able to release it how I’m feeling, when I’m feeling. My contract was up with Hospital, so it was the perfect time to work on the next steps. I’m all about evolution and development so this felt like the right direction. I feel I’ve got so much to say musically across different genres, fields and art so it’s time to set up my own imprint.

I was going to ask about Hospital! I can’t imagine you leaving the label on anything but good terms?

Always good. I love those guys and have loads of love for Chris Goss, Nu Tone and the whole team. I made a lot of good friends and acquaintances there and will still continue to work with them in different capacities and ways in the future.

Awesome. Have you always wanted to run a label of your own?

To be honest the most pivotal inspirations behind it is DJ Die, Bladerunner and DRS. I love how Die runs his label Gutterfunk and how he can release any style he wants on it, whenever he wants. The same with Bladerunner his label High Resolution and DRS’s mighty Space Cadet. All of them are men who I look up to and I’m lucky enough to be friends with. Seeing how they push their music and their frequencies is forever an inspiration and this is my own articulation of that energy. It’s still very very early days – I only started thinking about this in October.

It launched without trying with the Funktown Riddim which is one of my own productions. I was having a bit of a play around on December 15. Just playing with frequencies. I made a little loop, the vocal idea came into my head before bed, I recorded the vocals the next morning and sent it to management and we released it the next day on December 21. With the meme video dropping on 18.

Yeah. It came together like that. It was something I had to say, people were frustrated with the powers that be and we just caught a moment in time. So that was the label launching kinda unplanned and very naturally. Now Not Broken is the first official release.

Awesome. Is that you on production, too?

No, I wish I could produce like that! That’s someone else but they wanted to give me a beat and I’m so happy with how it’s all come together.

It is, I wrote this song last year and I loved the production. When I had the idea of launching the label came I thought if I’m going to start a label then it should start with a message like this. With all of the dramas in life and everything I’ve been through / we all got through I’m still not broken! But also, as you say, January is one of the hardest months we all go through with some of the highest suicide rates for men and women. Christmas either comes with a big comedown or it’s a reminder of loneliness and I wanted to come through with a message that we need to love ourselves more.

So important. I know there’s a great video for it coming up, too. Big up Jay Bannister.

Thanks man. I went up to work at WHP with Hospitality, it’s one of my favourite event spaces in the country, if not the world. Jay came with the goods and I love how it came about. I’m into being free, having fun and not having schedules. I like being spontaneous and Jay delivered the goods! A massive big up to Sophia who came and did the violins as well.

I think it might be the first drum & bass video where the MC is doing their ironing, too!

Haha. Listen, one of thing I’ve always tried to show regardless of how people see me is that I’m just a man. I like my clothes ironed fresh when I go out. I can’t do that crinkled thing. I wasn’t brought up like that. I have to represent where I’m from! If that’s a first, then great.

Haha. So what’s up next and will is the label strictly a vehicle for your own music for now?

As it stands it’s a vehicle for my stuff as I want to be able to put out music as, and when, I want. I’m thinking new music with a video whenever I want because I’ve got more than enough songs and I want to do that. We’ll see. I’m just happy to be able to do things in the way I want to.

Nice to have freedom and flexibility…

Yeah exactly. Things like Funktown Riddim – that was less than a week’s turnaround from me making the beat to it being released with a video and people playing it. I never thought that would be possible. We even tickled the Beatport top 100 without even pushing it. That’s bloody amazing – we’d literally just put it out. So yeah I’m very happy and there’s so much more to come. Thank you and huge love to everyone who’s supporting anything I’m a part of!

Inja – Not Broken is out now exclusively on Beatport and Spotify 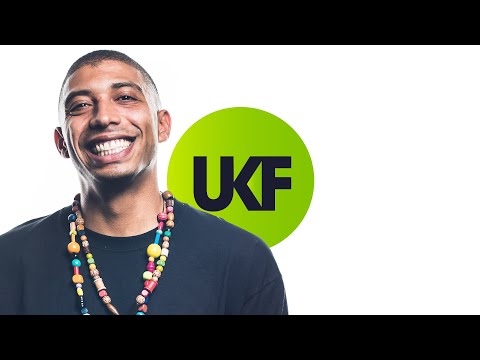 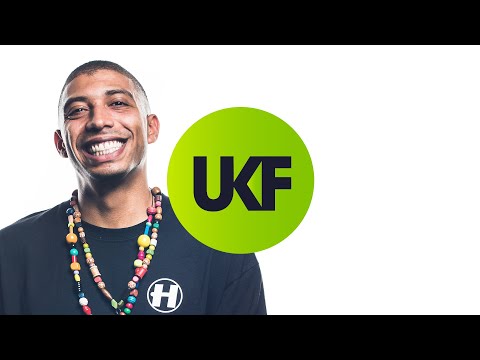 Inja – Smile & Wave
AUDIO
0 shares
SIGN UP NOW & STAY LOCKED!Sign up to our newsletter to keep up to date with the latest streams, news, and events, all tailored to you.