InsideInfo and Critical founder Kasra are to launch their new collaborative project Circuits on April 20 with an EP entitled Coming Through and debut Circuits DJ set at Fabric on April 27.

The seemingly unlikely partnership was first hinted at by InsideInfo on this site last month when he revealed his departure from Viper Records. With its own project name, distinct deep aesthetic and experimental approach, Circuits appears much more than a one-off collaboration or studio session. They’ve just dropped the first taste of what’s to come: Designer Drugs

“I put out a few of my early tracks some years ago and we’ve remained close ever since,” explains InsideInfo AKA Paul Bondy. “We didn’t set out to become a new outfit at the beginning. We just thought it would be cool to get together and write some music. But we both soon realised we had a good thing going on and loved working together, so we decided to give it its own name and outlet rather than just doing a couple of collabs under our aliases and calling it quits. We have both been in the D&B circuit for some time now so it’s incredibly refreshing and exciting having a project that we can both build together from the ground up.”

Explaining how their approach is based around the use of a lot of hardware to keep VSTs (and consequent endless screen-facing tweaking) to a minimum, Paul states that Circuits sessions have been an organic and spontaneous way of working.

“Kasra lays the blueprints down for the music. He brings ideas, sounds and directions and we develop everything from there,” states Bondy who’s on something of a roll this year with two high profile appearances on UKF Drum & Bass in the last month with two outstanding remixes of Mampi Swift and DC Breaks.

“It’s such a great way of working. Together we can get a lot done in a short space of time. We do have a lot of creative common ground; we both love deep ambient drones, noise, hiss and deadly subs but we come from different ends of the spectrum so we are able bring things to the table the other wouldn’t have considered.”

“I find working with Paul makes me try out some ideas I wouldn’t necessarily try myself. This opens things up for some more experimentation,” adds Kasra. “We didn’t really have a grand plan but after a few sessions we realised we had some tunes taking shape that we were both really into. We want to follow up our EP with our next project pretty quickly so we are well into the next single, we also have some collaborations and remixes on the boil as well…”

Hardware, experimental, ambient drones, noise, hiss, deadly subs…. And two well-established artists who’ve been in the game long enough to know exactly what they love about drum & bass and how they want it to sound: The elements for a longstanding and exciting project are stacking up. Circuits seems to be a much deeper connection than your standard collaboration.

Circuits – Coming Through EP is out April 20 on Critical Music: Pre-order 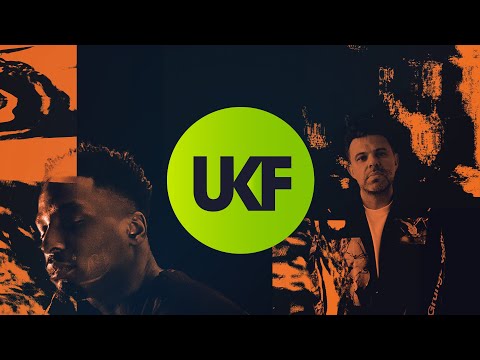 InsideInfo – Quicksilver
AUDIO
0 shares
SIGN UP NOW & STAY LOCKED!Sign up to our newsletter to keep up to date with the latest streams, news, and events, all tailored to you.