Without any fanfare, hype or hints, J Majik has just announced a brand new album: Always Be will land on June 6 via his own label Infrared Records.

Landing exactly a year after Full Circle (his first solo album in 22 years), Always Be sees the drum & bass pioneer re-engage with the roots and his own personal inspirations. The end result is a 10 track escapade that explores the influential relationship between UK hardcore, jungle and Detroit techno and captures the essence of rave and machine soul in the process.

It’s a relationship that’s always been there for Majik; his first ever single, released under the name Dexxtrous and released on Lemon D’s Planet Earth imprint, sampled Carl Craig’s Innerzone Orchestra classic Bug In The Bass Bin. Encouraged by mentors such as Lucky Spin’s Ranx X313, who he’s dedicated a track to on this album, and even a chance meeting with the likes of Derrick May and Eddie Fowlkes when he was aged just 14, the fascination and parallels between the two musical worlds have always been there for Majik. Always Be is his own special dedication to this rich musical transatlantic relationship that flexes lucidly in tempo but remains consistent textures and tension.

“I’m enjoying the freedom of not compromising my sound to fit in a box, and just making music I like to listen to without feelingg the pressure of worrying who might play it,” states Majik.

There should be no worries there; Paul Woolford has already played and praised the album, debuting one of the tracks My Love on his Radio 1 residency this week. You can hear it around midway through his show here. More tracks are expected to be revealed over the coming weeks before the release on June 6.

Coincidentally the announcement marks exactly 11 years since UKF Drum & Bass was launched in 2009 with a J Majik track. His and Wickaman’s remix of Deadmau5 was where it all began for our drum & bass channel and Majik has been a consistent artist on the network throughout the last 11 years, featuring most recently in December with Everything I Do. We selected Full Circle as one of our favourite albums of 2019 last year and went in deep with this extensive comeback interview in 2017 when he returned to the game after a few years hiatus.

Now fully back in the game with two albums, his label Infrared and his co-run label Deep Jungle, and the air of zero-fucks-given inspiration, Always Be is exactly where he wanted to be when he made his comeback. The news of his new album lands just days after another pioneer Photek has shown signs of returning to drum & bass and Dillinja has also told us he’s back in the studio and re-inspired. Lockdowns aren’t all doom and gloom.

Always Be is out June 6 on Infrared. 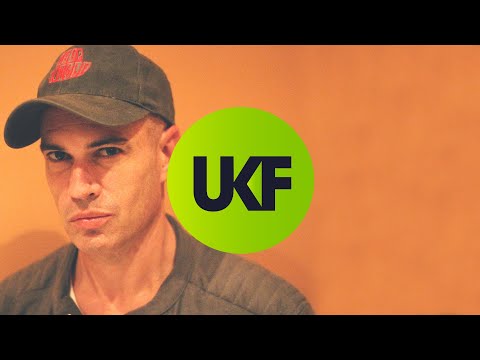 J Majik – Everything I Do
AUDIO
0 shares

Get to know: The struggles and triumphs of Echo Brown
WORDS
250 shares