Dutch soul man Lenzman has confirmed that his second artist album Bobby will be released on March 29 via Metalheadz.

Landing five years after his debut album Looking At The Stars, Bobby is 16 tracks deep and features collaborations with the likes of Children Of Zeus, DRS, LSB and Artificial Intelligence. Heavily influenced by the life-changing new chapter in his life as a father and his reflections on his own childhood it’s his most personal body of work to date… Right down to the illustration from his father as the cover art.

Rolling with just as much jazz sensibility as it does soulful elements, there’s a rawness and warmth that runs throughout as Lenzman takes us back to his roots but from his more mature, experienced and, as he says himself, confident perspective. Stripped back, emotional, understated and not afraid to roll out in a few places, it’s the latest in a long line of remarkable releases from the Amsterdam artist born Teije van Vliet… Not just his own releases, but everything he’s nurtured, encouraged and presented to the world on his label The North Quarter. A label he’s been taking from strength to strength, all the while penning a new album on Metalheadz.

Ever one for the fine art of surprise, Lenzman has been keeping the album schtum since he finished last September. Until now. The first track Rain, with Children Of Zeus will be the first single from the album. Here’s everything else we can expect when Bobby drops later this month…

I purposefully held it down. We live in this age when people almost feel entitled to have anything when they want it so it’s better not to let people know it even exists. I also think people might not expect me to release my album on Metalheadz and I like that surprise factor. So we all held it down and kept quiet until it was the very last minute.

I hear that. So who is Bobby?

Well the album kinda started to take shape since I’d become a parent. That whole process made me revisit my childhood quite a lot and made me look at things through a different perspective. I was thinking a lot about my own childhood and I played the music I loved during the earlier part of my life. I was using it as inspiration for the album. But in terms of who Bobby actually is, it’s my daughter’s stuffed dog toy she really likes. She named it Bobby herself and that symbolises the whole family thing for me. I was dealing with the thought process, but I don’t think I could explain that in words when I started the album, or why I called it Bobby, but it all made sense to me. When I thought about Bobby it all clicked, it’s an intriguing name and it rolls of the tongue. Plus no one asked me why I called my last album Looking At The Stars but everyone I’ve showed the album to has asked me who Bobby is so I’ve definitely done better with my title at least.

I love that. It’s a pretty significant moment when a kid names their own toy, it’s a very early independent decision

Yeah totally. Then I thought it would be a cool thing to have my dad involved. I grew up with him when my mum moved to the UK. He was a single parent and was an illustrator at the time. I got him to draw the cover so that fits in with the whole concept.

Who is it with you in the drawing?

Kids from the neighbourhood, The North Quarter. It was a very specific time in my life with me and my dad.

Yeah I think when I did my first album I was a lot more insecure as an artist. I wasn’t as confident about what I wanted to write. I think some of what I wrote had a certain style and sound I felt was expected of me perhaps. Not that anyone put any pressure on me, but writing my debut for Metalheadz, I did feel a lot of pressure, I’m not sure I felt totally free. I learnt a lot from that and from launching The North Quarter. It’s about asking myself how can I write soulful music but change it up? The first album was a lot more about electronic soul with a lot more synth work, whereas this is much more jazz influenced.

I hear that. Rain is jazz as hell!

It’s heavy in the jazz elements isn’t it? I also wanted to go on more of a minimal approach. The first album was musically too busy and had a lot going on. I wanted to strip it back and make it more understated. I listen to a lot of jazz now and a lot of hip hop that samples jazz.

Have you been digging for samples on Bobby?

No, it’s interesting. There’s not as many samples as you might think. I played a lot myself myself. Rain has got no samples on it.

Is that you on the keys?

Yeah that’s been a journey in itself. I realised that samples have those human imperfections that give character to the track. It’s very hard to recreate that character when you play the music yourself. I’ve been trying to master that for a long time and I’m happy with a lot of the things I’ve played on there.

How did you get round that?

I guess it’s finding beauty in your imperfections. We’ve become obsessed with sounding louder and heavier and cleaner so even when we play something in we quantize it, put all the levels up so the velocity of the notes are perfectly aligned. It becomes stale that way. But if the timing is off or if you hit one wrong note it gives character to the chords so I’ve kept it raw in that respect.

Another strong aspect to the album is the collaborative element. The strong Manchester theme that runs on The North Quarter is there, so are friends like Artificial Intelligence and LSB.

Yeah. On the first album I didn’t want to have any collaborations on there because I wanted it to be a personal statement. So it’s a nice switch up and these are guys who I really respect and wanted to have on board to help create more diversity in the sound but still totally fitting with the story of the album. In terms of vocalists, it’s sick that Children Of Zeus were up for it. Obviously I did the remix but they’ve never done an original drum & bass track as Children Of Zeus before. I also wanted to get Konny on something solo because Tyler has been on a lot of tracks and I wanted to show what he’s capable of.

So this album has been brewing while you were developing your label and getting into the role of fatherhood?

Well it took me less time than I finished the first one. I think the writing took about a year and I finished it last September. But yeah, I was also developing The Norther Quarter, which was kickstarted by the new changes in my life 100 percent. So you’re right; there was a lot going on. I promised Metalheadz a second album and it was the right time to do it. I wasn’t contracted but I wanted to stand by my word because they were really helpful to me both when I broke through and when I set up The North Quarter. I wanted to respect that.

Did developing The North Quarter have an influence on your writing and your development as an artist?

I think the main thing it’s done is made me more confident about everything I do. I have developed how I write though, but it’s not directly linked to the label. Before every track I started I would finish which is very time consuming. But with this album I would sit down and write some sketches. Each one would take no more than an hour. I did that every day whenever I could for a while. I’d leave them for a couple of months and come back with a totally fresh perspective and work out what sounded good and what didn’t. It’s really interesting. It’s like listening to someone else’s music and you can be so much more objective.

Yeah if you’re really involved in something you put a lot of pressure on yourself for it to be good. Pressure is never good in a creative space. You need it to finish something but you don’t need it during that early sketching stage. The first hour is instrumental to anything being good or not. After that the rest is just grinding but that first hour is magic. It’s been a life changing approach for me, it’s saved me so much time and changed how I think about music.

Maybe reduced over thinking, too?

Yeah I think over thinking and writers block are directly related to pressure. You want everything to be amazing but you think everything is shit. But if you’re only investing an hour in getting an idea down then you don’t feel the pressure to continue with it if you don’t think it’s got potential. It gives you a lot of freedom. I’ve really enjoyed this making this….

Lenzman – Bobby is out March 29 on Metalheadz – Pre-order here. 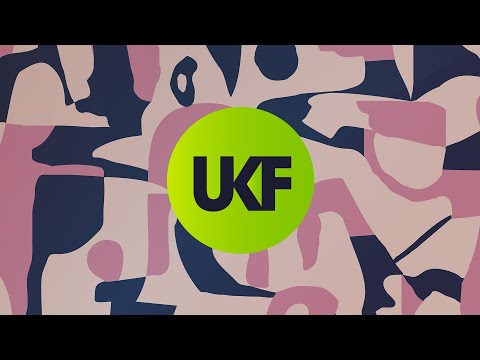 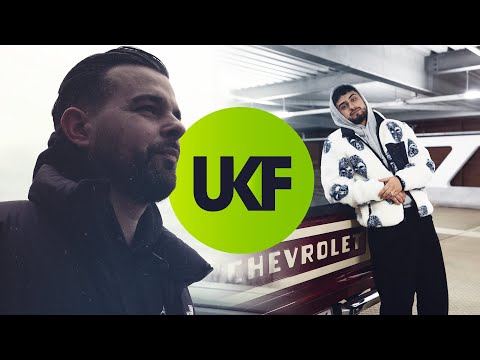 Lenzman – Gimmie a Sec (ft. Danny Sanchez)
AUDIO
0 shares
SIGN UP NOW & STAY LOCKED!Sign up to our newsletter to keep up to date with the latest streams, news, and events, all tailored to you.