Boom. No fanfare or pre-hype, Lenzman and Dan Stezo have just dropped a sublime mix full of North Quarter classics and exclusives. Welcome to NQ State Of Mind:

A fine balance of past and future, NQ State Of Mind wraps up another impressive year for the label. Despite the challenges we’ve all faced, the Dutch label has been a totem of authentic, meaningful D&B with EPs from the likes of Zero T, Satl, FD and Myth, albums from Submorphics and Redeyes and a Lenzman remix 12” for charity all dropping this year. We suspect 2021 will provide even more soulful gold. Flipping a great global negative into a positive, the pandemic, lockdowns and the seemingly endless rave shutdown have inspired Lenzman to become even more organised and focused on the label. We called him up to find out more…

How is your personal state of mind?

I guess, in terms of the DJ side of things, 2020 has been very disappointing. Playing the records in the club and testing them out is a big part of the process. But running the label has kept me sane. Having something to get stuck into. So my state of mind is alright, but I need to get outside more!

It gives you something else to focus on doesn’t it?

Yeah, it’s given me an opportunity to step up and organise releases a little more and put more ideas in place. It’s hard to do that when you’re touring all the time. And I think this year has given us all an opportunity to think and reflect about how we do things, on a business level, on a social level, on a personal level. This year could be a massive opportunity for humanity if we take it.

You’ve had time to reflect a lot about the family and community you’ve built around the label. You had the Quarter To Quarter V/A earlier this year. Now this. Between those albums everyone associated with the label has had a release…

Yeah that was important. It began as a passion project. I always had a plan of who I wanted to work with, which is always growing. We’re all like-minded people who work in similar ways or gravitate towards certain sounds with our DJ sets and even what we like outside of Drum & Bass. It was important for everyone to be represented. Quarter To Quarter took a long time to get together, but this one came together a lot quicker. I think this time around people had more time to write. The idea started with the mix. The concept was just a mix of label exclusive material and I wanted to have a few exclusives for it. I had no idea I’d end up with nine.

There’s a bit of a lost art in mix albums isn’t there. Everyone can drop a mix online but commercial release albums were always a big moment weren’t they?

Totally. I got into drum & bass in ‘96 and there were two mixes I discovered soon after that were my personal blueprint. A Dreamscape mix with Randall and Fats and Progression Sessions Volume 1 with Bukem and Conrad.

I knew Goodlooking would be mentioned there!

Yeah both of those mixes were a big influence. I love the idea of the DJ/MC combination. It lifts things to another level which I why, whenever I release a mix, I always have Dan Stezo with me.

You guys go way back, right?

We met in school and he was part of my exploration into hip-hop, that’s what we linked over. We had this musical journey spanning almost three decades and have been doing mixtapes like these for 20 years. It felt cool to do an official one.

MCs have missed out even more than DJs this year haven’t they?

I think MCs are under appreciated in all ways including billing and fees. That’s a bigger discussion for drum & bass. But I’ve seen some cool creative things from MCs this year. Armani, T.R.A.C and Valiant MCs podcasts have been great.

Collette Warren’s Mic Diaries, too. I think there’s definitely a reappreciation of MCs as we move into a fairer future…

Yeah I think it’s all part of a bigger picture and discussion that’s happening right now around all aspects of equality. Whatever we think about 2020, we’ve all had time to reflect and improve how we do things and how we consider each other.

Amen. How about considering the future? You’ve always kept things a bit free and easy with the label schedule and you don’t seem to live by a rigid schedule – you let the music breathe a bit and don’t hassle artists for the sake of the schedule…

Yeah and I think that’s important. I have got a bit better, but planning is never my strong side. From an artist point of view, it’s never nice to finish a project then wait for months and months for the release to come out. I don’t like waiting and I don’t want the artists to be waiting. It’s a case of trying to be planned and organised but also have that room for flexibility which helps things stay fresh. There’s also the added issue of vinyl production – I  got quoted a five month turnaround recently. It takes forever.

Long! Sometimes things need to come out quickly don’t they? Like Redeyes’ Selfportraits album. That was very relevant to the time…

It was and it also had a lot of voices on there who I felt needed to be heard, especially during a time off added awareness for the civil rights and the Black Lives Matter movement, it made the album more relevant. I’m very proud of that release and that is why it’s good to be a bit looser and flexible with plans. Artists are going through a lot right now with the corona thing. They might not be inspired or be feeling down. You can’t rush creativity and that’s priority over business for me. If making money is the label’s sole reason for existing, then the quality and integrity of the music will be compromised.

How about you as an artist?

I’ve found it difficult for various reasons. The frame of mind you’re in has so much of an affect on how you write. My last album was released almost two years ago and, usually after writing an album, I find it very hard to write for a while. So, as I was coming out of that and just getting some ideas together, corona hit and that messed me up for quite a few months. Just no motivation or anything. But I focused on the label, I’m happy with what’s happening there, and I’m working on something now. I want to finish it by the end of the year, I’m feeling quite good about it.

Sick. You started this year with the Phonox residency, right? This year didn’t go quite the way you’d have thought at the time!

Yeah, it couldn’t have been more different. That was great. It came off the back of my busiest year so far. January is usually holiday time for DJs, but I did that residency and then went on holiday in February and returned to what we have now. Who knows what’s going to happen next year? There’s talk of vaccines now and I’m getting provisional bookings for 2021 but I’m staying hopeful and positive. We’ll get through it and we’ll appreciate everything on a whole new level when we do…

Appreciate NQ State Of Mind – out now on The North Quarter 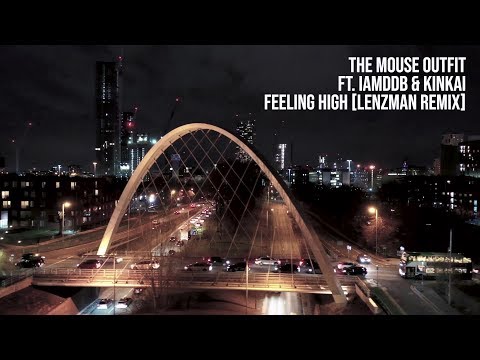