Bassline’s latest, and arguably loudest, chapter continues to take 4×4 garage to dizzy new heights in 2018. New acts are firing in from all angles, TS7 has given Three Lions the gully shakedown it’s always needed but never deserved, Flava D is about to kick off a 13 week residency in the hallowed subterranean confines of XOYO, Bassfest are about to host their first outdoor sesh, their biggest event to date, and DJ Q has just dropped a superb FABRICLIVE mix.

31 tracks deep, 30 of which are unreleased (some, such as Todd Edwards’ Take A Look, were made specifically for the occasion), the mix is another example of Q’s influence in the epicentre of bassline and UKG, a position he’s held since 2004 when he first pressed and released his own white labels at the age of 18. Reflecting his deepest roots in the garage game, FABRICLIVE 99 is built around a heavy soulful and musical theme and the message is clear: this music is founded in a much broader, deeper creative source than the gnarly festival slaying drops bassline is mostly associated with.

Currently smashing his own dizzy career heights in 2018, we caught up with Q to join the musical dots and get a sense of history. Get to know:

Every year feels like a vintage. We’re just aiming to do something bigger and bigger every year. There’s been some amazing things this year for sure. The parties have been amazing, the FABRICLIVE mix obviously and I’ve also put out a lot more music than I have done before. There was a time when I was sat on a lot of music and just not releasing much of it but the more you put out, the more attention you get so that’

Why sit on it?

I just hadn’t got round to releasing lots of it. I never make music to release. I make it for myself and then it ends up coming out. The main thing is having things to play in my sets.

I read something really cool in an old interview of yours. You first heard a tune of yours played at out at your first ever rave. That’s awesome. Did you know you’d hear your music being played?

No not at all! I just handed a CD to the DJ playing, DJ Principal and he ended up playing it. I didn’t think he would. It was a great feeling. I got the bug from there.

Yeah what happened with that was I was always a garage guy and the stuff I was making back then was dark, rolling kinda 4×4 stuff. At the time a lot of grime was happening and there wasn’t so much bassline being made. So I made my tunes and pressed them and sold them myself just to see what would happen and to get it out there. The Niche guys picked up on them and I ended up getting involved with them.

Yeah Niche’s peak was around 2004/5. But then when it closed down you had Sheridans, which was only down the road from me in Dewsbury. Those parties were legendary. People would come from all over the country.

That was like a barn in the middle of nowhere wasn’t it?

Yeah man it was this unit between some shops and a carpark. It were a proper legendary venue.

I know Jamie Duggan had some real trouble with the authorities during this time and couldn’t even get booked because of associations with bassline. Did you suffer the same treatment?

I remember at one point there was a rumour I couldn’t get booked in Sheffield. I was this new guy on the scene and I came along at the same time a lot of people were getting into bassline so I got associated with a lot of the trouble that happened. I was playing at Limit club, payed the second set, carried on raving there and at the end of the night there was trouble and my name was brought into it.

That must have been frustrating?

Yeah it was a bit but it comes with the territory I guess. The authorities didn’t know how to handle what was happening. Just had to deal with it really.

Then on the flip side, you also started to broadcast on 1Xtra around this time, right?

Yeah that was funny how that happened. I was out in Leeds and someone from 1xtra was there asking about DJs. Talent scouting, I guess. I said I was a DJ and gave them my number, they called me up and asked me to do a pilot show. I couldn’t get down to London so I missed out on that but then a few months later I was a guest on Richie Vibe V’s show and they asked again. I was staying in London the whole weekend that time so I did the demo and the week after I got the show. It was an exciting time for me musically.

Absolutely man, that was always the vibe of the show

And the vibe of the FABRICLIVE mix!

Yeah definitely. I wanted to show all the styles. I know I’m associated with the heavier sounds but I love and play everything. I wanted to bring in some vibes and musicality and vocals and elements to actually dance to. I’ve noticed that with some of the songs in bassline people jump up for the first five seconds on the drop then wait for the next drop. They kinda stop dancing for a bit. I want to go back to when we danced all night. Bring that musicality and vibe back.

Bring back the organs!

Yeah I love the organs. I love the vocal stuff. I love the MC stuff and the heavy stuff. I think what happened is that one style of bassline became popular and has influenced a lot that’s followed but there’s a lot of other styles.

That’s was Bassline Festival and Bassfest have been about, right?

Yeah just a celebration of the music. The original idea was to do it because there was no bassline rave at all. We thought ‘let’s just do a big one off bassline rave and bring all the old guys back out.’ We did it. It sold out. We did another. It sold out. It just got bigger and bigger. We’re doing an out door one next month August 4 in Sheffield.

Amazing. A lot of new artists I speak to cite Bassfest as the trigger for the new chapter

It’s nice that they do. I personally cite guys like Chris Lorenzo for pushing things in this direction. The bass house is very similar to the bassline and he came from this any way as Dub Militia. He had that vibe and his music has always connected with our audience.

Music really is in a wicked place right now isn’t it?

Definitely. I’m loving it right now. People might call it bassline but it’s all just UK music. It’s really enjoyable to play and there’s so much of it as such a good quality. We’ve not had it so good musically.

How about you personally release wise?

I’m just getting my head down and working on more music myself. I’m trying to work with people outside the genre a bit to keep things fresh.

If you could work with anyone who would it be?

Oh there’s so many people. Other singers, other producers. Chris Lorenzo would be good. MC Mist, who’s also from Birmingham, would be great. But honestly if you asked me this a year or so ago I’d have said Todd Edwards… And that’s very close to the finishing line.

Yeah it’s happening. I’ve been a fan of his stuff for years and was buying his vinyls for as long as I can remember. It was quite funny how it happened; I was out in LA and had a little time, I messaged him saying I was in town and he came and picked me up, went for food and ended up in the studio. He’s such a talented man, you asked me about a vintage year well that was a definitely a vintage moment. Loads more to come, too. Watch this space… 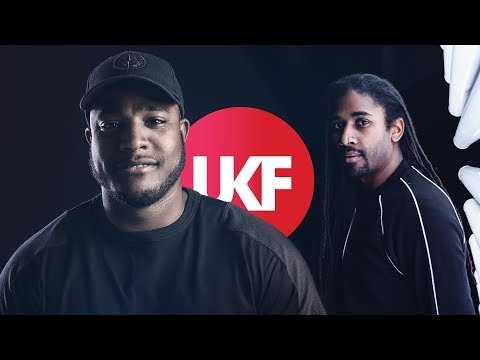 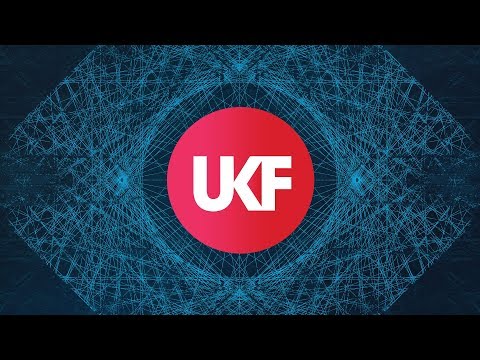 My Nu Leng ft. Iyamah – Senses (DJ Q Remix)
AUDIO
0 shares
SIGN UP NOW & STAY LOCKED!Sign up to our newsletter to keep up to date with the latest streams, news, and events, all tailored to you.