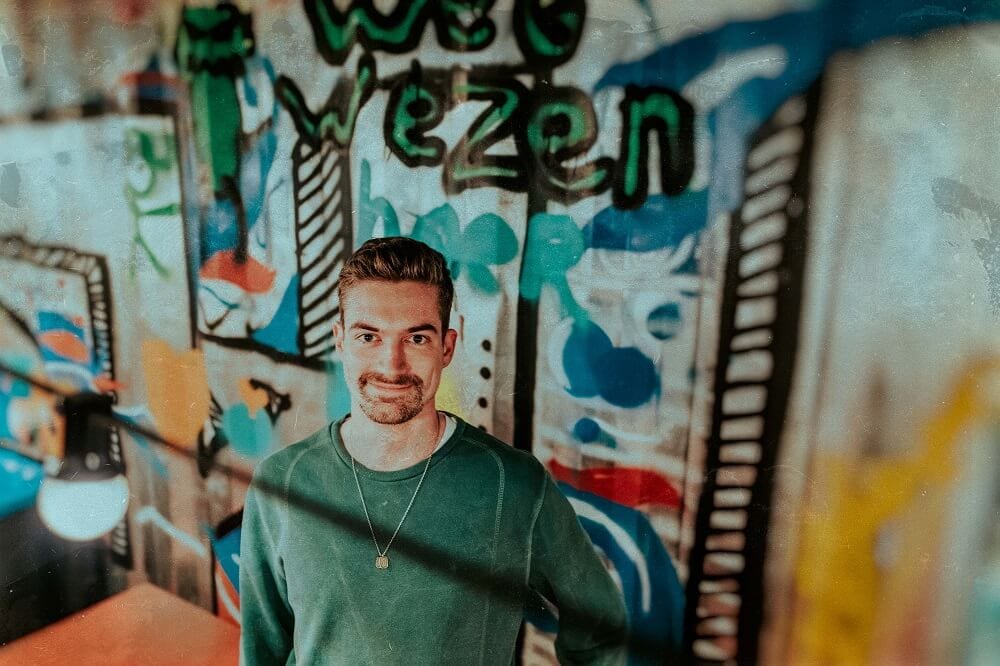 With a slew of popular releases on Monstercat, Viper, Fokuz, and Hospital, bookings all around the world, as well as being one of the masterminds behind the established Liquicity brand, there is no doubting Maduk is a household name in drum & bass. Between writing music, organising events around Europe, running a label, and putting together the beloved annual Year Mix, there’s no questioning Maduk is a busy guy… And that’s just the tip of the iceberg!

Known for his upbeat, joyful, and inspiring music and work ethic, Maduk has been pushing a strong message of positivity in the scene since he emerged at the beginning of the decade as breakthrough teenage artist. His debut album Never Give Up, released in 2016, was hugely successful and filled to the brim with wholesome ingredients: euphoric melodies, uplifting lyrics, and some seriously positive and infectious music.

Back to the future: Maduk is back on his original imprint Liquicity. He’s just dropped his first single in over three years – Go / Coming Down – and his second album is most definitely on the cards. The first taste of what’s to come from this exciting new chapter starts today in the form of a brand new two-sided single. We decided to have a chat with the mad man about the release, upcoming plans, his recent move from Hospital, and even a US tour.

Hey Mark. How have you been?

Hey guys, thanks for having me. I’m doing really well! Just got back from a month of sunshine and solo traveling through middle America, totally recharged for 2019.

Amazing! There seems to be a lot going on in the world of Maduk right now, starting with your return to Liquicity – how do you feel about leaving Hospital?

I had an amazing time being on board with Hospital, it was a dream for me since I released my first track. My debut album Never Give Up did really well, but when I started to write new tracks we didn’t share the same vision on my music anymore. We mutually agreed that it was for the best to each go our own way, nonetheless we are still good friends and working with them together in the future is definitely possible. I’m happy to be now in control of my music, release plans, schedules, budgets etc. No matter which label you work with, there are always compromises you have to make and being back on my own label makes that easier.

YES. But to be honest, it never really felt like I left. My album was released under a different label but I still played and organised the Liquicity events, my tracks got promoted on the Liquicity YouTube channel and I kept doing the Yearmixes. However, being back 100% feels great. Knowing that the energy I put in my music will not only benefit Maduk but also Liquicity makes me very happy. After all, without Liquicity, Maduk would not have existed.

How has being signed to these two labels affected your music? Do you find you tend to write different styles to cater to each?

Not really no. I don’t make music with a plan, limits or goals. I just get in the studio and let my creativity and emotions flow. I don’t want to think too much about ‘how it should sound’, for me that kills all the fun and creativity. I don’t care whether my music sounds outdated, commercial, underground, happy, moody or like someone else. My music is my music and I learned that if it gives me that special euphoric feeling, that huge smile on my face, it usually makes other people happy too. I have a lot of respect for the producers who follow their own heart, instead of doing what others expect of them, despite all the hate that some get from their ‘fans’.

One of our favourite tracks of yours last year was Miles Apart – could you talk to us a bit about the message behind that?

I can’t believe the success of that track, so many views and streams! Again a nice example where we let our creativity flow and didn’t think about how it should sound beforehand. Dennis Pedersen and I started with the instrumental, then Ella Noel wrote the lyrics about social media addiction. The track was pretty much finished at that point, but in my head I kept hearing a rapping part on it, somehow I’m a fan of tracks with both male and female vocals. I don’t know many rappers, so I reached out to pretty much the first guy I saw on fiver.com and explained to him what the song was about. Two days later he sends me the take and it sounded EXACTLY like I had in mind.

Amazing. Back to the future, tell us about your new single Go / Coming Down…

I’m very excited to finally have a Maduk single out again. Go, with Lachi, is more the anthem on this release, I started working on it one year ago and tested it out many times before the final version. This was the first time I recorded so many brass instruments (trumpet, saxophone etc), I wanted to do that for a while now. Coming Down was a lot of fun to make, a bit different than the usual but still I think it sounds very much like me. Brings me back a little to the earlier Liquicity days, and in my opinion always a good sign.

Something that’s also synonymous with you and Liquicity since the early days is your annual Yearmix. How long does that take you to put together?

It’s amazing how this was already the 7th yearmix, time flies! My brother came up with the idea back in 2012 and together with my sister I wrote and recorded the infamous vocal banners. I’m getting quicker (and hopefully better) each year, but I still work many hours on that mix. I try out every single possible combination between the tracks to see which fit the best together. I like it when two tracks blend in so well, that people think that they are actually one track and it sounds strange when they are not mixed.

The holy grail for DJs! Now you’re deep into a new year and a very busy schedule. You’ve got your fourth Maduk & Friends event in April, a new single, three Liquicity shows in the Netherlands next month, Liquicity Prague and Antwerp, not to mention Liquicity Festival… It must be quite a complex juggle?

I can only manage it because of amazing people around me. When Maris and I started in 2013 it was just the two of us, we ‘worked’ 80 hours a week, but you can’t keep up with that for long. Luckily we now have a team of very talented and hardworking people around us. They are doing so well, that I could leave for a month without a laptop and that felt as a big relief if I’m honest. Besides, I get so much energy back from our fans! Their comments and reactions are extremely motivating to keep us going. I have the best ‘job’ I could wish for and I’m grateful for it every day.

What other plans are in store for 2019? We heard a rumor about a Liquicity US Tour and perhaps some new music?

Yes we are working on it! Hopefully the US / Canada tour will finally happen this year but nothing confirmed yet. I expect to release my second single on Liquicity around May and around that time we will also release my remix of Fox Stevenson – Take You Down. I have so many new tracks in the making, sometimes it’s difficult not to just put everything online at once. You can expect a continuous flow of new Maduk music in the coming years, YEAH!

Go / Coming Down is out now on Liquicity 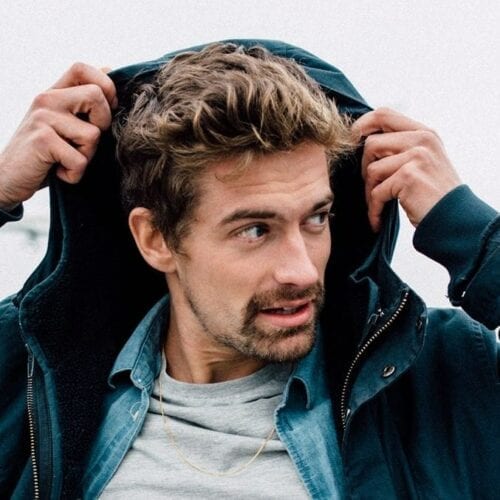 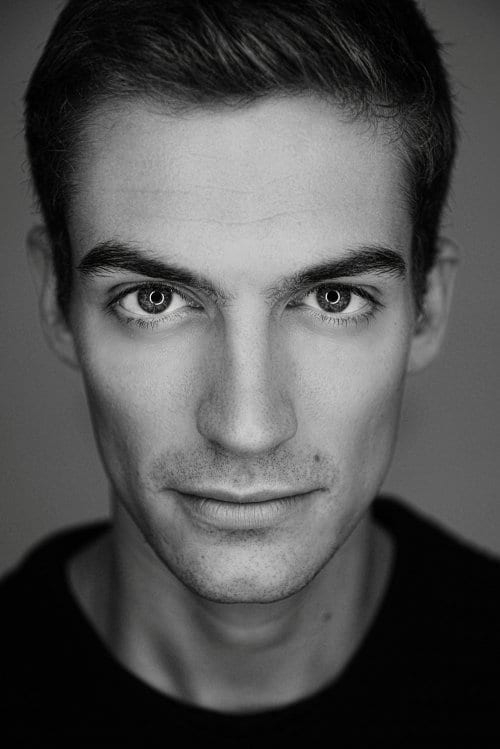 Maduk: “Presenting my debut album at Brixton Academy is going to be incredible!”
WORDS
441 shares 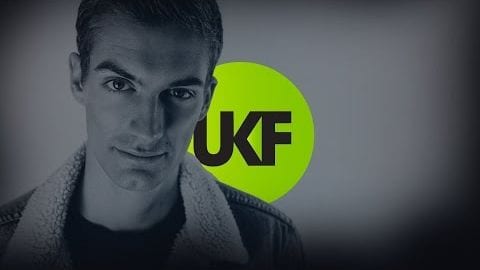 Maduk – The End (ft. Voicians)
AUDIO
1 shares
SIGN UP NOW & STAY LOCKED!Sign up to our newsletter to keep up to date with the latest streams, news, and events, all tailored to you.