When we last spoke to Mampi Swift he confirmed his third album was en route and he was preparing to: “drop more music than I have in the last 15 years”.

In fairness, he’s got a really good reason why we’re still waiting for his first album since 2005’s Music Forever: last spring a standard check-up at the doctors turned into a situation that almost led to the loss of his limbs.

Now fully recovered, he’s promised that the album – History To Future – is complete and will definitely drop this year. Hopefully this side of the summer. The build up kicks off this week with Mampi & Arnone’s operatic dancefloor damagement document History and Mob Tactics remix of Mampi and Fresh’s 2002 banger Play Me. It will be backed up by a following single with another new track – the riotous riff-monster Doomsday – and long-awaited remixes of Gangster and The One by Mindscape and InsideInfo respectively.

With plenty more stacked and packed and ready to fire out, we called up Mr Swift and demanded specifics…

The album felt like it was ready a while ago…

It was. Then life got in the way! I got hospitalised didn’t I?

I was getting a sports injury checked out and the doctor gave me a groin injection. The needle was infected and I had to be operated on, which was pretty fucked up. I had the operation and didn’t walk properly for a number of months. After that I spent my time in recovery and had to build up a lot of muscles. I had to put my health first. If I never made another track again, so be it. At least I can kiss my wife and kids again.

Amen. You still had time to release some bangers on Charge, though.

Let’s face it, The Invaderz worked itself! That was the track of 2017 as far as I’m concerned. It was played by every DJ in every subgenre of drum & bass. I can’t think of many other tunes that had that crossover. All the different raves – jump-up raves, techy raves, whatever silly pigeonhole you want to use. It was important for Turno; I wanted to help him reach another level. We’re both happy, his career has skyrocketed since that tune and it’s fantastic to see.

The timing of it was perfect. It summed up what was happening in drum & bass with more people collaborating more and playing across the board more.

The one thing I hate is subgenre snobbery. It’s still there. Certain guys looking down on other guys thinking they’re better. There’s been a lot of it. But there’s been more talk of togetherness, especially at the recent Drum&BassArena Awards, so I’m hoping we’re getting over this snobbery bullshit.

We’re on the way there. Tell me about the album… We’ve heard History and Doomsday and a couple of remixes so far. Subgenres out the window – this is proper good old fashioned drum & bass. Classic Swift!

Thanks but I have to say that the album isn’t one sound in particular. It’s not a Swift sound. I don’t get it when people say ‘that’s a Swift sound’ because I don’t feel I’ve released enough to show what a Swift sound is. The album will show I’ve got more of a sound people aren’t aware of. It’s a range of what I’m trying to make.

The ones I’ve mentioned are dancefloor things but there’s other stuff completely different to that. There’s vocal stuff, there’s piano-based stuff, some dark rollers, all sorts.

So when is it coming?

Definitely this year. I’ve got no choice! I’ve gone on about it long enough! History is the first single, then Doomsday follows, then two more singles then the album. There’s going to be a lot of releases. We’re working it out as we speak.

How many tracks have you put aside along the way because they haven’t made the cut?

Not as many as you’d think. A lot of the tunes have been maturing. I’m fortunate to have my own vibe, so I don’t have to worry about it sounding dead in a year. A lot of things I’m putting out are made a minimum of two years before. It’s not a conscious thing, it just happens. You make a tune, put it aside for six months and come back to it and you’ll feel if it’s got a vibe or not. If it still gives you that fresh feeling.

Like a vault? You won’t even play them out?

No I definitely won’t play them out. They’re not ready yet. I’ll just let them settle. I’ve done it on everything I’ve put out since 2012. Gangster was made in 2010. Soldiers same thing – made in 2011, came out in 2013. Even History started in 2012. These things take time. You have to wait for things to click. The important thing is to keep the production at a good level then I’m usually alright. I don’t sound like anyone else so it’s always going to sound fresh…

I can’t do it at that pace now. I know what I want to release and I wish I was more selective with my earlier releases. I’ve become more meticulous about what I want and how I want it to sound and how I’m going to work out what to do to get that.

You said that before. You never stop learning!

You do never stop learning! That’s part of the reason it’s taken me so long this album has come out. The test of time is really important, especially when you’re doing an album.

The remixes aren’t actually on the album are they?

No, they’re just part of the build up. They’re coming out now so full focus is on the new material when the album drops. It’s nice to acknowledge people like stuff I’ve done in the past, and the remixes are all incredible, but I’m not about that sound now. The album is about moving forward, showing my musical range, what I’m about and seizing the moment. I’ve had a real wake-up call here. Time is more precious than you can ever imagine.

Yeah an album must have been miles away from your mind for a while!

Oh yeah during its scariest moments I just wanted to make sure I saw my wife and kids again. I don’t want to make a glamorous story that’s how it was. Me and my wife crying our eyes out in the hospital two days before my birthday not knowing if I was going to live.

The surgeon said ‘you need to have this operation. With the infection you have there’s a chance you’ll be crippled in a matter of weeks.’ They were waiting for test results but they operated in the meantime to be safe because in the time it could take to get the results I could be crippled. I was like ‘take me to theatre’. The scariest thing in my life. It’s out of my hands. You can have money problems that’s nothing. You can make money any time. When your health is at stake it’s another level.

It’s important for many reasons. Not just last year but the last 10 years. We said it before about people saying legend – it’s frustrating for me hearing people say I’m a legend. The point I got hot in my career I had a lot of mishaps. It damaged my career and I lost 10 years of it. I didn’t get to where I wanted to get to. I was playing great raves but I didn’t get anywhere close to where I wanted to be. I was on my journey but shit happened. For people to say legendary status – it’s like man, I had more to give!

You got unfinished business!

Most definitely. And it starts with the album. Watch this space! 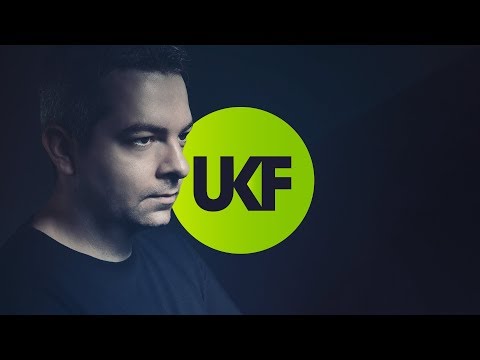 Mampi Swift – The One (InsideInfo Remix)
AUDIO
0 shares
SIGN UP NOW & STAY LOCKED!Sign up to our newsletter to keep up to date with the latest streams, news, and events, all tailored to you.