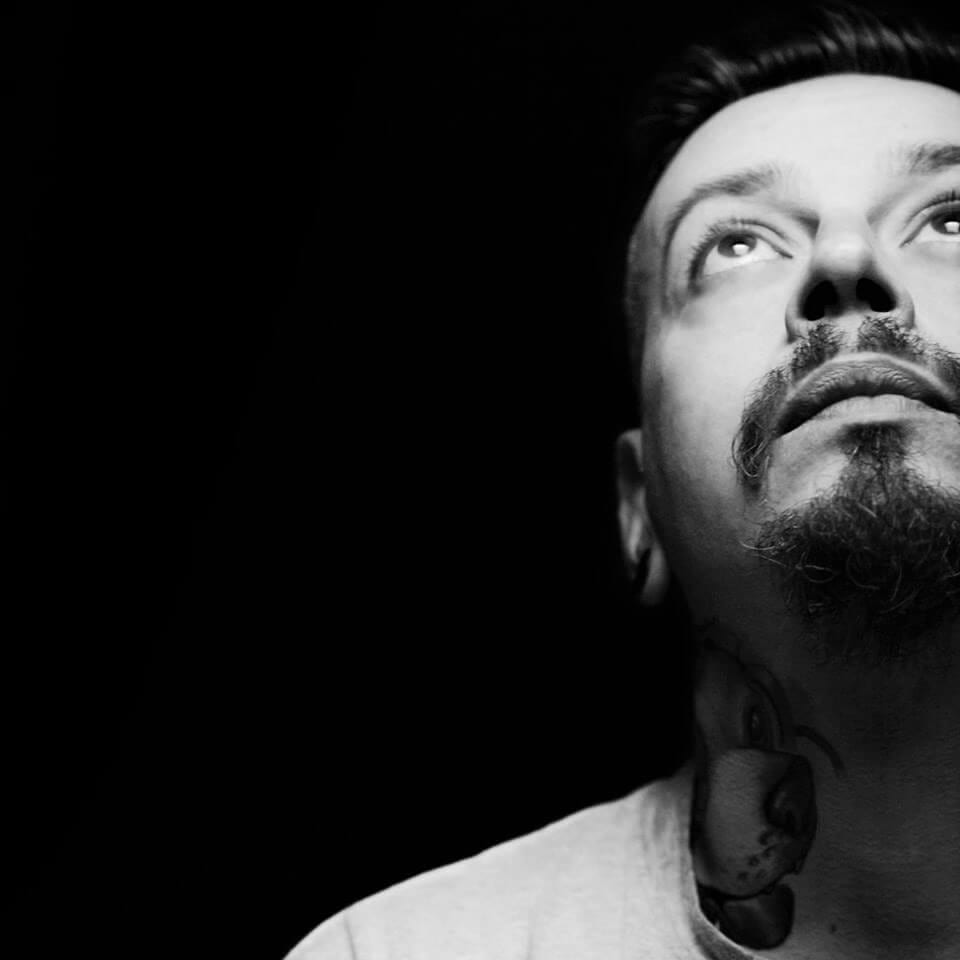 Besides occasional cameos on Eatbrain, Maztek has been relatively quiet in the last few years. His last sizeable slew of releases landing in 2015 on labels such as Dutty Audio, Virus, Cause 4 Concern, the Italian-in-Holland has been deep in studio hibernation, revising his sound, studying his approach and developing his technical skills.

Fully primed for his return, he’s back with a brand new label – 0101 – and his second album Warpath. The follow up to his monstrous Three Point Zero (the last artist album to ever be released on the mighty Renegade Hardware), he promises more contrast, a whole rollcall of collaborators and full focus on the groove. The new material commences this month with The Dirt / Trajectory with long-time compadre Aeph, they’ll soon be followed by two more collabos before the full album drops in March. We called him up find out more…

It’s been a while since the last Maztek release…

Yes, I have been very quiet! My last EP was on Eatbrain almost two years ago but since Renegade Hardware shut down I have been quiet and have been studying music to improve my sound. I think drum & bass changed very quickly in recent years. There are loads of new producers making technically perfect bangers and I needed to up my game.

The new generation… Always keeping everyone on their toes!

They are man. Everything sounds so banging. Sometimes it sounds a little bit the same but production-wise they’re insanely good.

There needs to be a balance between vibe and production, though…

Of course. But at the same time it won’t harm for me to learn the new production techniques. The new album is all about that balance between vibes and production and I’ve spent the last three years studying and improving. Personally I don’t like things to just to be technical – otherwise it is just mathematical.

It’s the funk in neurofunk!

Yeah sure. It didn’t matter how dark it was when neurofunk first developed, it was still always very funky. I’ve been very inspired by that all my career. Now it’s not so funky. It’s neuromathematics. Recently I’ve been experimenting with ways to bring that funk back. Like making melodies out of percussion. Heavy basslines but funky drums, you know? And, most importantly, it’s not all about the drop. I worry we’ve focussed too much on the drop in recent years. Like EDM; you see people waiting for the drop, going crazy for a few seconds then waiting for the next one. So I’ve been very focused on making sure it’s the whole groove and not just a short sharp drop.

So about the new tunes: The Dirt and Trajectory. It’s good to see Aeph back!

Yes it is. He’s been focusing on sound design on movies and documentaries but he’s back on the productions which is great news. I wanted to launch the label with these two tunes because they’re banging. The album is much more than that though – there’s deeper tunes, there’s halftime stuff, there’s some MCs like Verse, Mota, Virus Syndicate, Nuklear, Miss Trouble. They’ve all delivered some amazing vocals too.

What’s next before the album drops?

Another tune with Gridlok and a tune with Redpill then the album will drop at the end of March. The samplers are to let you know this is going to happen. I want to make a little noise before it drops.

I released a lot of new talent on Subculture who’ve gone on to do amazing things. Guys like Inward, Hanzo & Randie, L 33 and Nickbee. But 0101 is more personal to me and my own productions. Different collaborations, different styles and beats. I was tired running around after labels and fitting into their schedules or accommodate their sound. Every label has it’s own sound you have to respect that, but the new label is freedom to do what I want to release and when I want to release it. It’s a lot more creative. I’ve spoken to SpectraSoul about this – they said ‘who cares more about your music than you?’ It’s true – everything you do on your own label is invested in your own music.

I think what’s exciting about all the new artist-run labels coming through is that the artists have experience working with other labels before they set up their own.

Yes, we’re not kids any more! Personally I’ve been in the industry for a while now and know how things work and I think I can do it properly. I need to take care of myself and my music and I don’t want to be limited. That’s not to say anything bad about the big labels, I l have a great deal of respect for them. But this is more personal for me. You want to do a good job for yourself. So I have made a clear separation; Subculture will be totally focused on other artists and 0101 is for my own music.

Tell us about the numbers….

0101 is binary code because what we do is digital. I studied maths many years ago with a focus on sound design and web design so it’s me going back to my roots. I’m doing what I studied for – binary music, made with an algorithm. We don’t produce rock or analogue music, it’s digital, it’s numbers.

It really is! You can translate everything with numbers. The software we use is based on algorithms. I’ve been studying about this in university – producing sound just with numbers. So you change the numbers with a code instead of using an software algorithm. It’s fascinating and has been very inspiring for me while thinking about my new approach.

Have you gone back over your last album Three Point Zero for any reference points or inspiration during the making of Warpath.

I do return to it from time to time but there’s a big difference between Three Point Zero and Warpath. Three Point Zero was very dark and Warpath will be a little brighter. I released it four years ago and both my life and the music has changed a lot. Some sounds are darker, some are brighter. But there is no reference; Warpath is something brand new. It’s my sound still, but there are developments and, I would say, a lot more contrasts. I’m excited to release it…

Maztek – The Dirt / Trajectory is out February 19: Pre-order