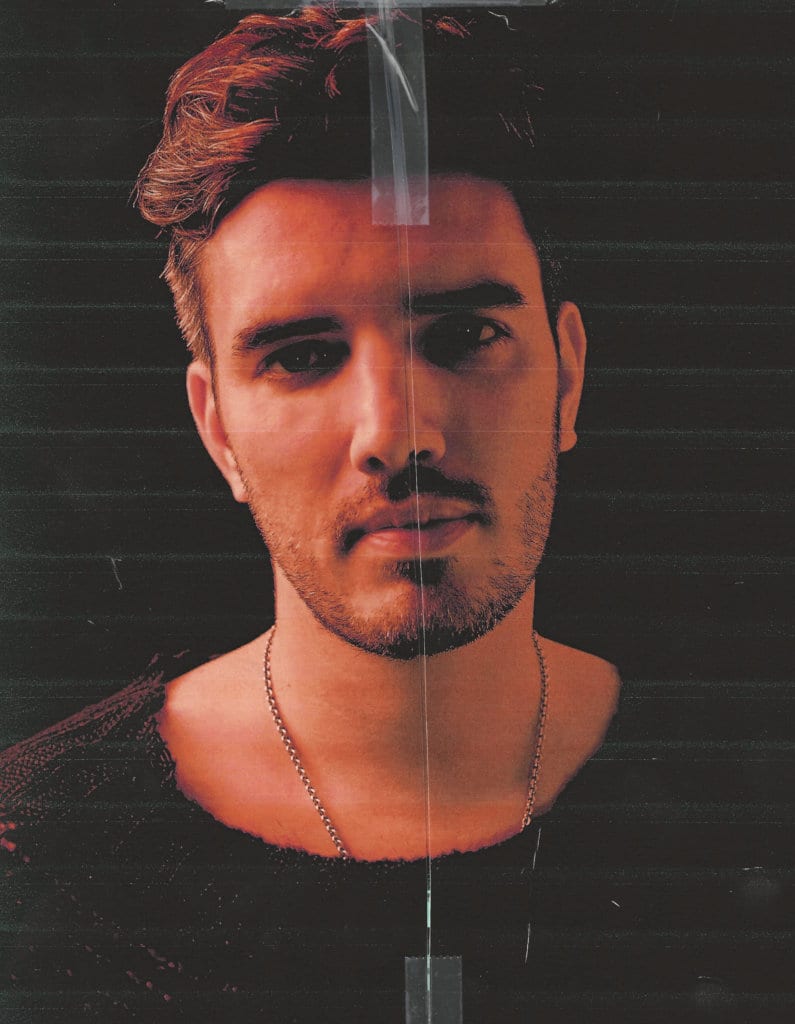 He hinted at it a few weeks back when we marked the 10th anniversary of his Hospital debut Memory Lane. He confirmed it on Monday when he announced his special one-off album return. Now it’s fully official with the first single from the project: I See The Future In Your Eyes.

The first Netsky drum & bass tune since his album 3 in 2016 and his first new production on Hospital since his second album 2 in 2012. It goes like this…

Landing after several years exploring the world of pop and the art of songwriting, ‘I See The Future In Your Eyes’ hits the spot, like a strong comeback needs to; it’s got that classic Netsky sound that played such a strong role 10 years ago. While sounding fresh and full of energy with its lavish dreamy intro and triumphant synth lead. Big, bold and breezy; just the vibes we need to keep spirits up during these strange lockdown times.

There’s plenty more to come. We don’t know the name of the album, we don’t know exactly when it will drop, but we do know plenty more about it and where Netsky is coming from. Get to know:

When did this all start to take shape?

Well, it started 10 years ago! I signed to Hospital Records and released my first single ‘Memory Lane’ which was the start of an incredible journey with them. I still remember the trip as an 18-year-old, flying to London, arriving at the office and signing with them. It was a dream come true to have a release on Hospital. I had only been to big raves in Belgium but seeing Hospital crowds at the source was like a mecca for me. What I loved about the Hospitality nights was that they attracted a much more diverse crowd than the type of D&B crowd I was used to.

Did they encourage the songwriter out of you?

Totally man. I would never have called myself a songwriter in any way back then. I was just a kid who loved the music and wanted to be part of it. Looking back, I would like to think I just had an ear for melodies. I’d been brought up on my parents’ amazing record collection which gave me a good idea of what I wanted from music which was the soul and energy. So it was a combination of all that and Hospital giving me the freedom to experiment.

You were in the deep end weren’t you? That first album hit months after Memory Lane.

It all went quickly. Decisions were made a lot quicker; you’d make a tune, and it would come out within weeks. It was all very spontaneous. It feels like we’ve gone back to that vibe since I started working with them again. I’ve loved every aspect of this project so far. I have learnt so much about working with people outside of the scene and still love working with them, however my mindset and what I want to achieve at this time is very different from where I was two years ago.

You’ve got the best of both worlds…

Totally. I actually took the Republic team to a Hospitality show at ADE two years ago. We went to the front and were raving for the whole of Camo & Krooked’s set. That was one of the first moments I realised I missed drum & bass. It’s funny, a year later at ADE was where Chris Goss and I started talking about this new project. ADE is a special place.

Love how the inspiration started on the dancefloor!

Yeah man. One of my favourite moments last year was at Tomorrowland. They have this super cool area called the Rave Cave. It’s a tiny little cave in the park, about 60 capacity. But they take it very seriously. The sound and vibe there is incredible. Last year after I played on the mainstage, I asked if I could play a secret throwback set in the cave and not announce it until 30 minutes before. There was a storm of people coming up to it. The energy of it was another level.

All of this was the backdrop to this new album

For sure. I had Dynamite MC on hosting duties which was just like old times. I loved every bit of it, and that’s what inspired me to work on some drum and bass ideas and start a conversation with Chris Goss again at ADE. We had a long dinner, and he spoke about doing a big remix project, but I really wanted to release a brand new project with original music to celebrate 10 years.

This was literally October last year?

Yeah, it escalated pretty quickly. This single is out now, and I consider this a teaser for what’s to come. We have some exciting collaborations with some of my favourite drum and bass artists and the next single is ready to go just in time for the summer. We actually have too many tracks to choose from for the album which is a lovely problem to have.

Any hints at what we can expect?

It’s a nice combination of genres and styles that will appeal to people who enjoyed the first 2 albums. I’ve always loved experimenting and this album is exactly that. There are some familiar vibes, but I’m also focusing on it being as upfront as it can be. I’ve dug out a lot of my favourite soul samples, but then I’ve also experimented with hardstyle. The album is very diverse, and I got to work with some of my favourite people in drum & bass who I’ve known forever. I spent a lot of time in London earlier this year and not a day went by without me working with some amazing people and hanging out with inspiring friends in the scene. Luckily that happened before the pandemic started.

You’ve collaborated with huge megastars since your last time in drum & bass. What have you learnt from those experiences coming back into this?

There’s been a lot of exciting experiences that have helped me with everything I do. David Guetta in particular; I co-produced a few songs on his album, and I wanted to get my influence on there. I wanted him to hear the bass sounds I love. He wasn’t used to them, but he really loved it. I played him some drum & bass which he enjoyed too.

One thing I learnt from working with guys like him is that you need to be open-minded and listen. I don’t think I could be as arrogant as I was as a teenager, thinking D&B is the only way. It’s inspiring to see people do what they love and just have a passion for it. David Guetta can walk into a room, and everyone is on the same page. Engineers, writers, vocalists etc.

When somebody takes the lead in a very positive and inspiring way, that’s where the magic happens in the studio. It’s not all technical. That’s the number one rule I’ve learnt from working with pop artists; you need to have that connection before making music. It’s about human connections. That’s what gets the emotion across.

Including drum & bass. The emotional impact has a realness…

Especially drum & bass. I’ve had lots of messages about my tunes being used at weddings and for other special occasions, which I always find very touching and beautiful.

I’ve seen some amazing videos, and it makes you realise how precious/ important this music is to people. People use it to celebrate or get through the hardest times in their lives. It’s very humbling. You’re not just making dance music, you’re making music that people live with. It’s incredible to be able to contribute.

That’s also important considering your return to drum & bass. Do you think it will take a while to convince old fans that you’ve still got D&B in your heart?

I’m glad you asked. I think drum & bass has one of the most passionate and clued-up fanbases in music. You can’t lie to them.

For the last five or so years I’ve constantly had people message me and ask if I would go back to my old sound and make drum & bass again. That was tough for me because I was always in a mindset that I’d never make music if my heart wasn’t in it. It was a personal challenge to remain true to myself and give myself the chance to explore outside of this genre.

If I made drum & bass because I felt that I had to, that wouldn’t have come from the heart. It’s so nice that now I can return to it, and know that this is coming from a real place and it’s something that I really want to do. I’m very excited about it and to see what people think…

It was actually the melody from ‘Jamie XX – Gosh’ that inspired me. However, it ended up being very different as it developed into drum & bass. I also wanted to kick the project off with a sound that fans would be familiar with. There is much more to come; this is just the beginning. 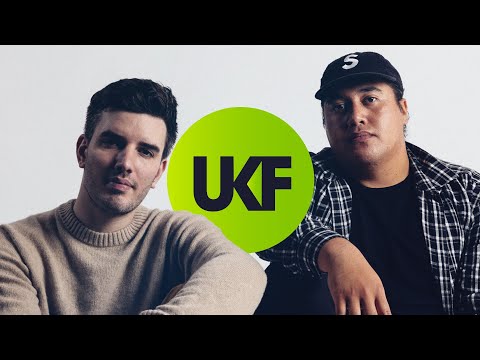 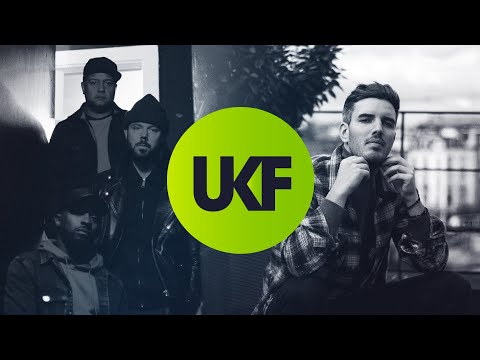 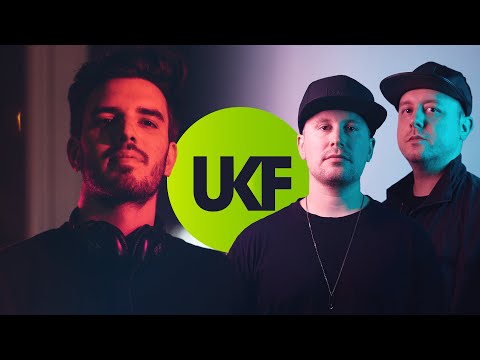