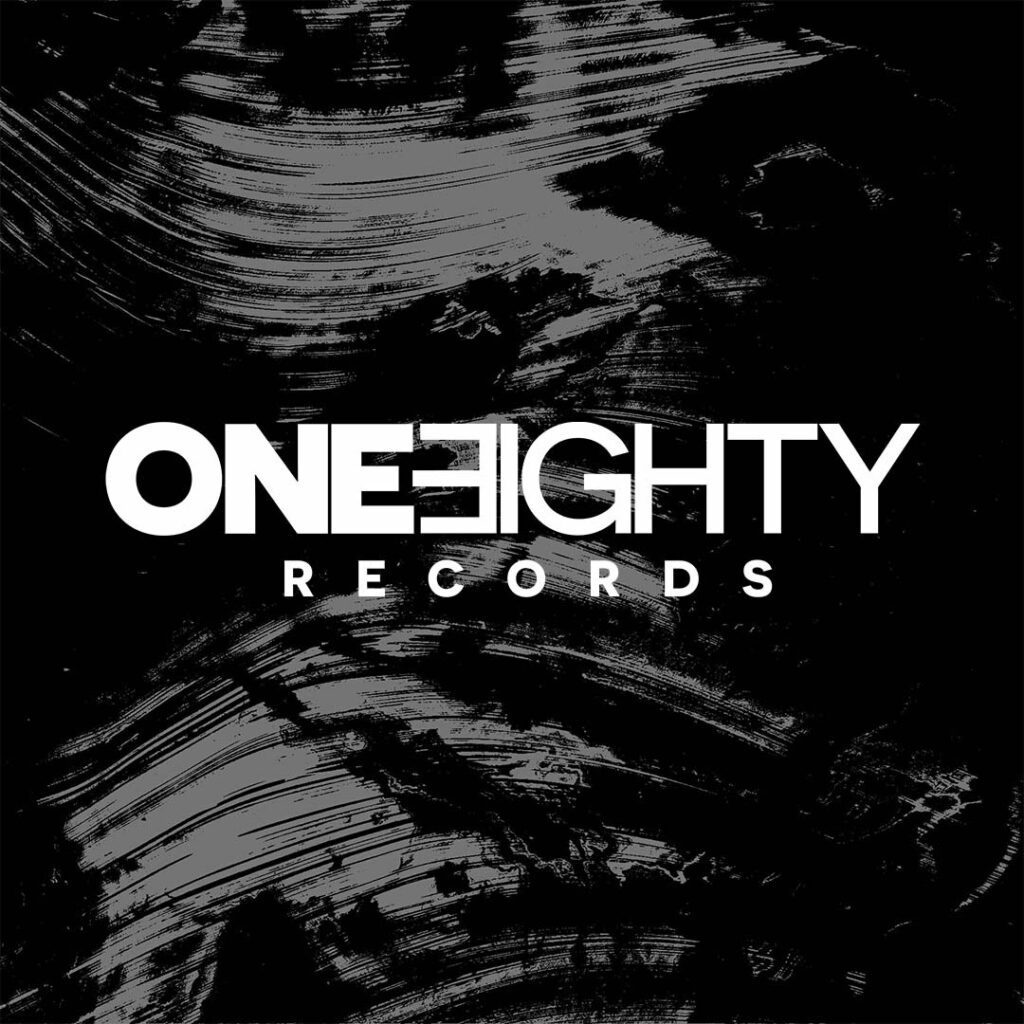 Developing some type of mythical, nirvana-like, paradise-flavoured status during European lockdowns, New Zealand’s role as one of drum & bass music’s most important countries has been inarguable in recent years, as some of the biggest DJs in the scene were lucky to head out there and play months and months before any type of rave action happened on this side of the world again.

Yet for all the mouth-watering rave footage we’ve seen over the last few years on our socials, and all the exciting new talent the country is current proffering (and, of course, the legends like Concord Dawn, Shapeshifter and The Upbeats) New Zealand isn’t really home to any big D&B dedicated labels. Until now…

Launching today, One Eighty Records is the new label arm of the promoter crew SUB180. One of the key new-generation promoters who’ve been a huge driver in D&B’s popularity in New Zealand, they’ve been responsible for much of the incredible pictures and videos you might have seen DJs like Bou, Dutta, Crossy, Upgrade, AC13, the Born On Road crew and Document One post in recent times. Until the very recent new lockdown phase in the country, they’ve also been levelling up with massive festivals like Rolling Meadows and arena raves like Mayhem.

Now focusing on a musical presence beyond the dancefloor, One Eighty Records will represent the brand globally and continue to secure New Zealand’s status as one of the most important territories in D&B. It kicks off with two killer tunes from Dutta. The first one – Don’t Worry Bout It feat Metrodome – is out today. The second track – Blind MIC feat Haribo – is out February 25.

I know you’re back on lockdown again but you’ve had some amazing looking tours and parties this season!

Yeah we just had Born On Road, which has been a huge tour. Dutta’s been over and Document One, too. This season has been up and down to be honest. The difficulty getting people out here has been mind blowing. The layers of getting artists out here have been a huge process. We’ve had to a get a laywer involved to get the Visas and build a case of why the artists should come over.

It’s been harder this year, hasn’t it?

Surprisingly yes. We didn’t need a lawyer last year but now we’re spending an additional $2000NZ per artist just to get them to the critical worker status, not even get them the Visas themselves. That, and the rising cost of MIQ has eaten our whole bottom line. It’s been a challenge!

Wow. All the name of D&B. Even though we’re seeing these amazing videos of packed out shows, you’re lucky if you’re breaking even!

Totally. We’ve never taken a salary yet. We’ve rolled everything into SUB180 and it’s grown hugely over the last four years. Our first party was three and half years ago and it’s grown exponentially ever since. This season we did our first successful NYE party with 4000 people and we’ve had that renewed for next five years, which is great. We also ran some arena shows last year called Mayhem, We’ve had our massive Urban Jungle events in Auckland and Christchurch, plus all the club shows. It’s a moving beast.

Blimey. If you’ve never taken a salary, how do you live?

We own a café as well. We manage and run it. So that pays our bills while we put all our time and energy into.

Amazing. What have been your personal highlights of the year?

Rolling Meadows festival. That was crazy. We had Covid hanging over us and didn’t know if the event could happen full stop. We had our house revalued so if we sank we’d be able to use our mortgage to pay bills. We got no insurance over here for Covid.

All of the emotions. Plus we had torrential rain, we had blistering heat, it was everything. At one point we had someone in the medical tent with hypothermia and another person with heatstroke at exactly the same time because of how volatile the weather was.

So that was a highlight in terms of what we managed to pull off and how we did it. Then the Mayhem show was another highlight with Tonn Piper, Bou, Ben Snow, all those guys. 3000 people in a concrete box with massive production. Incredible.

And you still have your house?

I don’t know how, but yeah we do. We’ve finished packing that up now but now New Zealand has gone back into the red so we’re really unsure where things are at in the near future.

And now you’re launching a label! Tell us everything.

Yeah, this will be run by the two of us [Jamie & Ashleigh] It starts off with two tracks from Dutta and it was inspired by the fact that’s there’s no domestic label representing New Zealand in drum & bass. It’s such a huge scene over here but there’s this big hole in terms of having any labels based over here.

Plus when covid hits, as it has again in the last few days, our business grinds to a halt so it’s a case of finding a way we can sustain the business through another pandemic. We’ve experienced a natural disaster before, when the earthquake struck and closed a lot of clubs down, so having another revenue stream is really important for a brand so that’s where the label came about.

And of course we do a lot of tours with a lot of artists coming over, and for these artists to have a platform to hype up the tour is exciting. So we can drop a release from an artist and before the fans know it, they’re here for the tour. It’s a great promoting tool.

Wicked. Can we expect homegrown New Zealand talent on the label, too?

Definitely in the future. The first plan is to get it internationally recognised in places like the UK, Europe, the US. Then, once we’ve done that, we’ll be in a great position to start promoting local talent and eventually have a good balance of both. So, at the start it’ll be international artists, but we’re definitely here for the local scene when the time is right.

I think it’s an interesting concept with promoters running labels. The remit and A&R process will be very different compared to an artist run label…

It’s exciting. The label will be representing the sound of our parties so the rollers, the jungle, the jump-up. The sounds that get the dancefloors moving. Just like a SUB180 party. 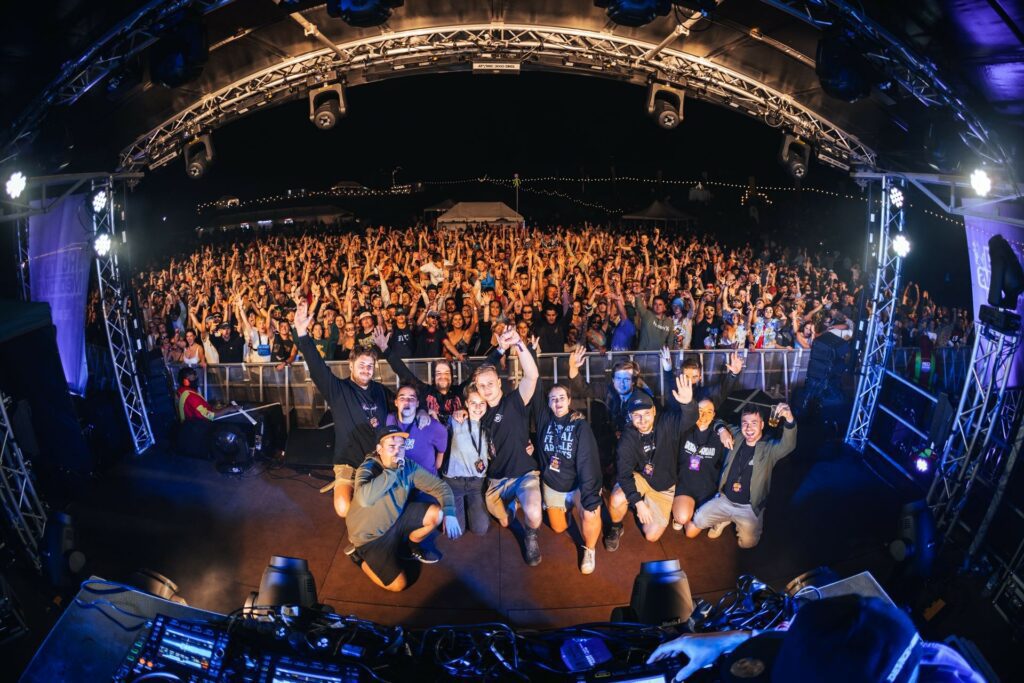 I saw Dutta was loving life when he was over with you!

He’s had a very successful tour and loved every second. So, coming off the back of that to release these tracks on our label is amazing. There’s a lot of love and hype for him out there and we’re looking forward to having him back already.

Tell us about his tracks…

Two tracks – one featuring Blind MIC and Haribo, the other featuring Metrodome – they’re both very fluid tunes that fit in with any styles and carry that great Dutta energy. His production is so on point and his range is so diverse. He gave us a package of tracks for us to chose from, we were spoilt for choice.

Amazing. What’s up on the label next?

We’re keeping our cards close to our chest, but we’re speaking to some exciting international artists about future releases. If you look at who we tour then you’ll probably have a good guess who we might be working with soon.

Any other expansion plans for SUB180 beyond the label?

It’s about the growth of these events. The tours are successful and we hope our festivals will be the crown jewels. Rolling Meadows was a big moment for us. We spent 18 months developing that site and 20 whole days literally picking out rocks. Just two of us taking the tucks out there and cleaning up the site. It’s something people don’t think of with new festivals but when you’re working on a new site land work is a major major thing. So building that into a staple New Zealand festival is a big vision of ours, plus building up the label and every tour and festivals we have.

Inspiring. Big up the NZ scene in general please!

It’s crazy out here. We never expected drum & bass to go boom like it has. It’s on our top 40 radio stations, any car driving along is pretty much guaranteed to have it booming through the speakers. It’s become a mainstream genre for a lot of people and it’s getting bigger.

Didn’t a politician have to make an apology to D&B fans?

Yeah that’s right, Chris Bishop. And Jacinda Ardern gave the royals a Shapeshifter vinyl for their wedding or honeymoon gift. It shows you how much it’s in our blood. When she won the election she came out to a Shapeshifter tune.

Well that’s a damn sight stronger than Boris. I think we’d all die on the spot if he started flexing D&B over here. And you’re at the forefront of this new chapter for D&B in New Zealand…

We are. And, lockdowns aside, it’s a really exciting time.