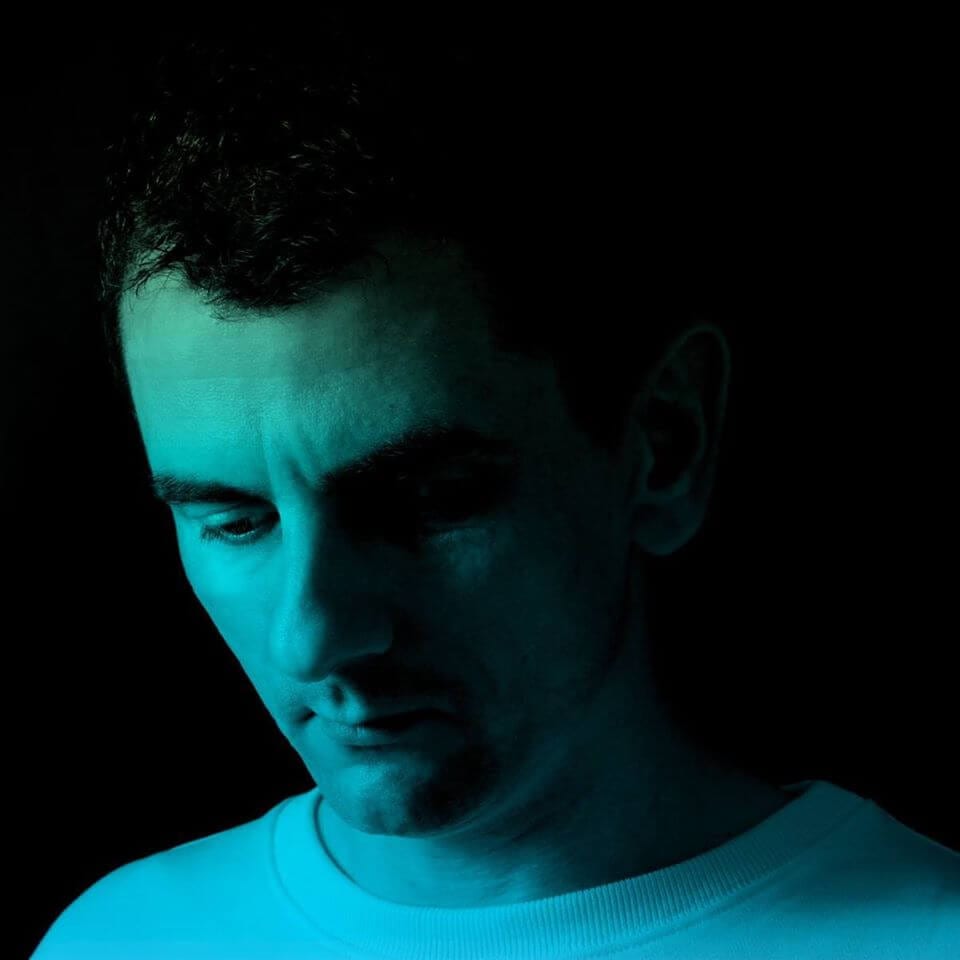 Wars, marriages and long-running Netflix series have all lasted less time than the years we’ve waited for this. But Hazard’s patience and staunch approach to only releasing music when it’s the right time pays off for everyone as each of the four tracks on his Far Fetched EP is lead track.

Bumping with character, grit and its own set of sounds and shades, each track was created over five years ago during different eras he’s consistently remained a prominent name. All staple dubs of his DJ sets, they range from the rolling thunder of Far Fetched and Eyes On The Prize to the aggy buzzes and grizzles of tracks like Missing Time and I Am Darkside.

They’ve arrived to pretty much universal praise and he reckons we might not have to wait five years for the next EP. As he explained to us earlier this year, DJ Hazard is well and truly back in the studio. It’s a far cry from where he was at in 2017 when we spoke to him about writer’s block of lack of inspiration. It took longer than he thought to be inspired again but his own words “there aren’t many skills I have in this world but making tunes is one of them. I just needed a little break and it did me good…”

Here are some more words from the man himself. Welcome back Hazard.

You always knew this time would come…

Yeah I knew I’d be back in the studio again but I didn’t think it would come on this strong you know? You miss that passion but then it all comes back into place eventually. It’s mad; I’ve been getting up at two in the morning and working till I fall asleep at around 7pm. As the days go by I work later and get up later.

It’s the weird body clock you get with the gigs. Basically when I’m awake I’m in the studio at the moment and that’s it. It’s the only place I want to be. I don’t know how long it will last.

Making hay while the sun shines…

We all do it. We get stuck into routines don’t we? I’ve stuck myself in a rut before and only worked at certain hours but at the moment I’m just going with the flow and working whenever feels right. It’s weird, I haven’t knackered myself out yet. When I wake up I can’t wait to get back in the studio.

Are you making sketches or working on one or two particular tunes?

No it’s just one particular tune. I’ve just been really motivated by it. And when I inevitably get bored with it I’ll put it aside and release it in five years.

Yeah they’re all old tunes. I’ve been playing them for years and it seemed like the right time to put them out. It’s like everyone feels their music has to be released and has to be out straight away but it doesn’t. Sometimes you’ve got to wait. Sometimes it’s best they don’t come out at all.

I think that’s because they’re all from different eras. That’s a good thing about doing what I’ve done because all the tunes are from different times and all sound different to each other. It’s much more varied. I could do this for another few EPs, but that’s not going to happen because I want to put some new stuff in there as well.

Yeah. Basically no one needs to be the best, but you do need to put out the best you got if that makes sense? The reason I put releases out wasn’t to have music released but it was more to give me a kick up the arse to get back in the studio. If the tunes are out, I need more for my sets because everyone’s got these.

Which one is the oldest tune on this EP?

No idea mate. None of them have ever been finished. Far Fetched was on the one I thought was close enough to being finished. So I guess it’s either Far Fetched or Eyes On The Prize. They’re all old anyway.

As always, there are some wicked old samples. Do you sit down to watch films purely for samples?

I sit down and watch old movies for the sound full stop. I love old films and how they record sounds for them. How they mic everything up and all the old analog gear they use. It’s not a perfect sound but it’s nicer to listen to. They’d use a lot of live score tracks with session musicians and orchestras and whatnot. They’re real musicians who have to be mic’d up so there’s a sound and vibe. Most films now are string libraries on computers, it’s recorded digitally and there’s none of the crackle of the tape of anything.

You’ve invested in kit because of this, right?

Yeah totally. I try and buy character pieces. They don’t have to be from the 70s but they do need character. People buy hardware and say it’s the next best thing, but the sound is always way too clean for me. There’s a place for that clean sound, don’t get me wrong. There’s some brilliant drum & bass out there which is really nice and clean but I can’t do that sound myself. It’s funny; before we used to try and clean our sound up because the machines sounded really gritty. Now we’re trying to dirty our tunes up because it’s all too clean. It’s all about balance though. One day I’ll write a dirty tune, the next I’ll write something cleaner…

I’ll tell you my persy track: Eyes On The Prize. The whole riff is in the drums…

I never think about these things when I sit down to write a tune, I just let it happen. I never thought about the key of things or tone of things. I’ve only just started learning about music theory to get a new perspective. That’s on the new stuff people haven’t heard yet. Whether it’s a good thing or a bad thing, I don’t know. I’d like to write these epic tunes with big strings and whatnot, but I’ve never been able to do it. I’m trying to learn a bit deeper because I don’t want to follow a certain pattern or ever sound generic.

I don’t think that’s a worry. Have you got a piano teacher or anything, then?

YouTube is my teacher! That’s all you need. Every time before I go into the studio I’ll watch a different video and learn something new. It’s all pretty basic but even with basic knowledge it’s going to help you.

Totally. It’s another good way to beat that kinda ‘ughgh’ feeling you get about the studio sometimes, like I’ve had for the last few years. It helps you think about things differently. Knowledge gives you powers!

Are we gonna have to wait five years to hear this new knowledgeable power?

No definitely not. I’ve got some old stuff I want to putt so I’ll add a new thing to make sure the EP is varied and everything sounds different and all the tracks stand out.

There’s never any pressure to write an entirely new EP at one time that way, then..

Yeah exactly. And then I’ll probably finish these things now and decide they’re shit and then release them in 2024.

But you’ll keep playing them so we can hear them in your DJ sets?

Even when they’re not finished I’ll be trying bits out. Actually the track I felt was the least finished on this new EP was I Am Darkside. And that was the one people would ask me about the most. It’s weird isn’t it?

Have you gone in and changed or updated the mixdowns?

I did turn up Missing Time and on Eyes On The Prize I added some tops, but I didn’t go into the mix. I just turned up the whole wav. A very very crude version of mastering, I guess.

So there’ll be more new stuff next year?

I hope so! Depending on what I do between now and January will determine what’s on the next EP. I want to give people the chance to play and listen to these. That’s why the promo for this EP went out for this a month before. If you want DJs to support your tunes and play them in the club then you got to give them the time to do it. That’s dubplate culture. But I’m surprised at the reaction to these tracks. It’s nice.

The reaction to this the day this promo went out was mad. My whole timeline was buzzing about it…

I think people thought I’d given up! I still made tunes, but I wasn’t making them hard if that makes sense? Most my adult life I was spending in the studio and I needed a break. There aren’t many skills I have in this world but making tunes is one of them. I just needed a little break and it did me good. I focussed on other aspects of myself, my life, made sure my kids are alright and then all of a sudden you wake up and it’s like ‘this is the day!’ and I haven’t stopped since…

DJ Hazard – Far Fetched EP is out now on Playaz 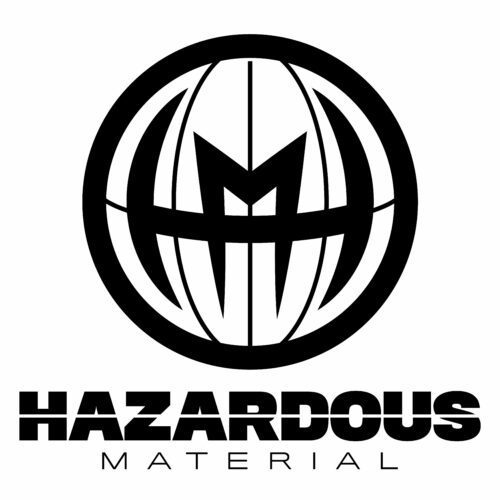 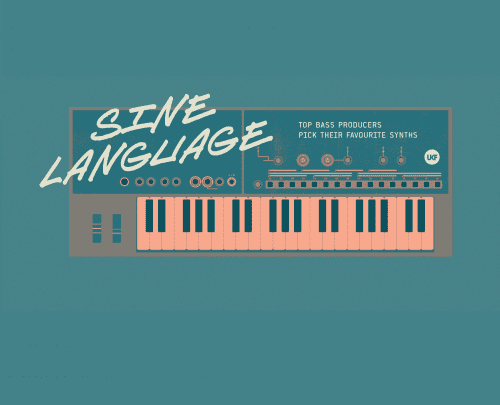 10 Years Of DJ Hazard & D*Minds – Mr Happy
WORDS
4.1K shares
SIGN UP NOW & STAY LOCKED!Sign up to our newsletter to keep up to date with the latest streams, news, and events, all tailored to you.