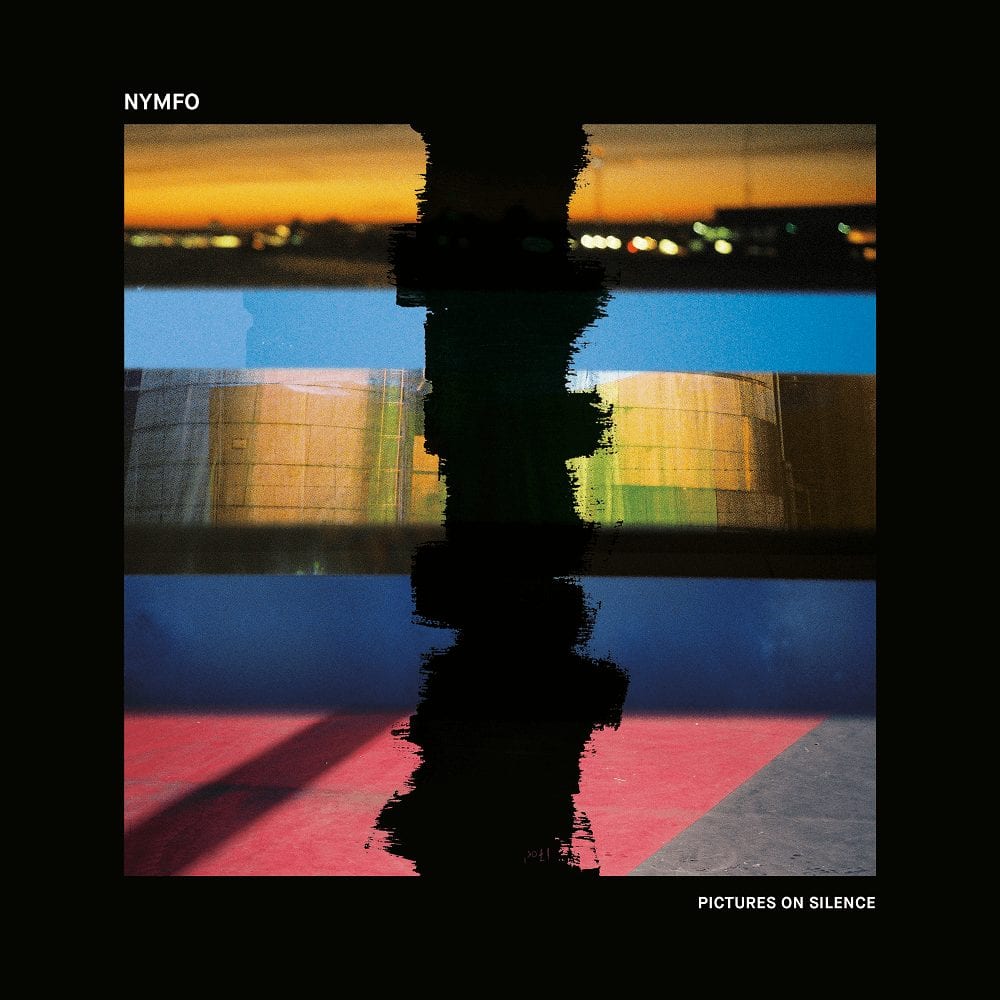 Nymfo will release his second album, Pictures On Silence, on May 10.

12 tracks deep with only three collaborations (Arkaik, Sense MC and Fuj), the album explores the darker, rolling sound he first made a name for himself in the late 2000s as he peppered the game on every label worth throwing a shoe at; Metalheadz to Spearhead, Innerground to Inneractive via Critical, 31, CIA, Commercial Suicide, Horizons and of course Ant TC1’s Dispatch, the label where the Amsterdam artist is most commonly spotted and will be releasing Pictures On Silence.

The album lands seven years after his debut Characters and follows a rich vein of recent releases such as the hefty Black Sun Empire collaboration EP Mud, tracks on Dabs’ album and MC Fava’s EP and his still-killer Twisted Funk EP last year. It’s also his most personal body of work to date.

Using his late father’s painting as inspiration for the artwork and naming the evocative finale track after him, the album sees the name born Bardo Camp paying tribute in a heartfelt way. Mr Camp senior isn’t the only inspirational force at play; Pictures On Silence also sees Nymfo return to a sound and a mindset that drove him the first place, but has proved a challenge to find in recent years. Until now.

Feeling happier about his work and the sound and spirit of the genre in general than he has in years, Pictures On Silence captures a man at the start of a new chapter. Here’s how it came to be…

It’s been a while since Characters. Seven years…

Yeah 2012. It took a long long time. Since that album my life has changed in many ways.  I became a dad, twice, and have two amazing daughters. So that’s intense and life changing. My dad passed away too, which had a major impact. And on top of that, I wasn’t quite so happy with what I was doing and what drum & bass was doing.

For me it felt like things were either very neuro or very liquid. There wasn’t as much space for the sound I really love, so I wasn’t quite as confident about my output or where it belonged. Now things have changed. It feels like, thanks to guys like Skeptical and Alix Perez, that people are digging a little deeper again. It’s a perfect time for the sound of drum & bass I love.

I hear you there. But there’s always been wicked tunes in all styles. Your varied output has been an example of that in itself…

For sure man, I love a lot of styles and have made a lot of styles. But I missed the vibe for a while. There was always good drum & bass but now seems to be a better time for the sound I love to make. I don’t think an album like this would have found a home so easily a few years ago. Or perhaps, if I’m honest, I should say I didn’t want to take the risk of spending that amount of time on an album when I didn’t know if it would really fit within in the context of what else was happening.

When did you start thinking it would?

Around the Twisted Funk EP, maybe late 2017/ early 2018. I’ve done a lot for Ant on Dispatch anyway, but when I wrote that EP for him I got inspired. I wrote so many sketches and ideas and the EP came together in two weeks. It was so quick and natural. Shortly after I came up with five other ideas and called Ant and we discussed an album. I was straight in the studio. That was March last year, I went to the studio for a few months and wrote about 20/25 ideas and we refined it from there.

Yeah it was about waiting for the right time. It took me years to get to that position but when I was ready it just flew out. Had I made that decision a few years ago then the process would have taken a lot longer. I was feeling the vibe again. Feeling it more than I had for a while. I was inspired by the music being released as well. Every week more amazing new music, more competition for the style I like. And a lot of it from exciting new talented guys. That’s inspiring man.

Who in particular? For some reason Monty sprang to my mind straight away…

Oh Monty for sure. He’s amazing. I know I’m going to miss people out but M-Zine, Scepticz, Phentix… Just three names of many I could list. All these guys I’ve known for a long time and watched them rise up their game. They’re really hitting the spot with their own sound and amazing production skills. It’s great seeing that develop.

Nice. Let’s talk about the title… There’s got to be a story behind Pictures On Silence?

It’s a deep one man. So five years ago my dad passed away. He had cancer and in his last year he took up painting. He’d never painted in his whole life but he started and he was quite talented. The first, and one of his last, was super arty and amazing and I used it as inspiration for the artwork. Look at the original and the artwork. 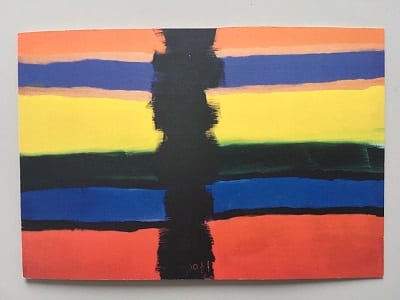 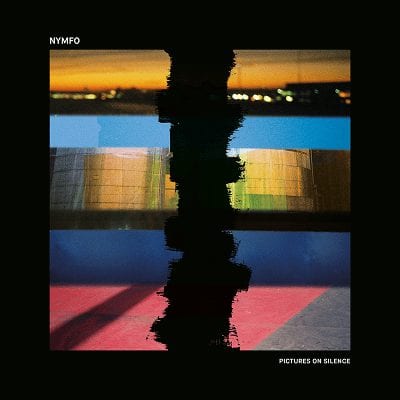 Wow this is a proper personal piece of work

It’s very personal. Dad’s story behind the painting is that it starts bright then goes dark. He wanted to paint his life. Happy times, dark times, those are the pictures. And I wrote lots of music with those pictures and memories in my mind. In the middle he put a dark black line, that’s the disease. That’s the cancer, the silence. None of us knew he had that type of creative articulation or expression. It touched me. So a really close friend who did the artwork took the painting as main inspiration and made this amazing artwork for it. Even if u don’t like the music, buy the vinyl for the sleeve.

What a nice way to pay tribute to him

Thanks. The last track, A.F.C, is my dad’s initials. It’s a special track for him. When he was sick I told him I would do a tribute to him. I knew I would use his painting and make sure he’s remembered and included in my own creative art.

No word of a lie, A.F.C is my favourite track of the album. Goosebump overload. 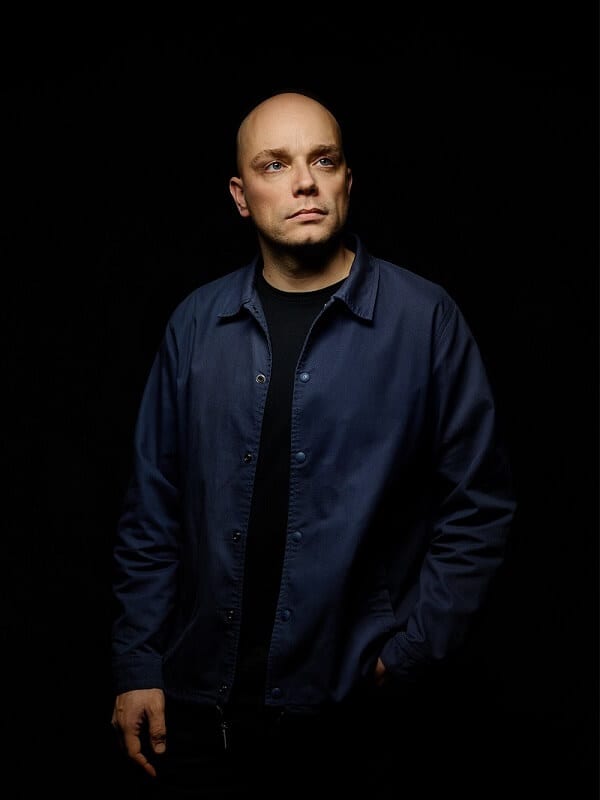 Fuck! That brings a whole new layer to an already powerful tune!

Did your dad approve of your life in drum & bass?

One hundred percent! He was the guy who gave me that push I needed. I was 23 years old, I was DJing already since 15 and was getting serious about it and really wanted to make it happen. I had the opportunity to do a tour in Australia and New Zealand but was working full time at the time. My boss said going away for a month was not an option. I had to work. My dad was the guy who said ‘quit your job. Do it. If you don’t do it you’ll always regret it, whether you make it a success or not.’ I did and I’ve never had another normal job since. That was down to dad. Usually your parents are the ones who are like ‘no, get a proper job, be sensible,’ they don’t want you to take risks but dad was like ‘do it, see how it goes…’ Biggup for him, I’ve been on a roll ever since.

Love that! I’d say you’ve been on more of a roll than you have in years lately… There was the track on Dabs album, the collab with BSE, a track on Fava’s EP. You’ve been busy!

Thanks man, it’s all coming together. It’s not like I didn’t do anything in the last few years but maybe I was trying to look for inspiration or new ideas in different places, maybe misguided places? But lately there’s been loads of things happening, the timing feels right, cool collaborations, cool opportunities, cool people inspiring me with their music. I’ve been releasing for 12 years and sometimes you feel the vibe more than others.

Yeah but also life experiences, different perspectives. I’m not 21 anymore; I have a different life and want something else from it now. And I’m super happy with how things have been in the last year or so. With an album on top of that, it’s a very nice place to be. I’m happy.

Awesome. How about the future, what happens after the album?

There’ll be a remix EP for sure. And because I’m still in the production mode I sent another four tracks to Ant and he loved them all and has played some of them at Fabric. So I’ve no doubt there’ll be another EP, maybe a few collaborations. Oh and a launch party in Fabric on June 14 with a Dispatch Room 1 takeover. Hopefully see you there… 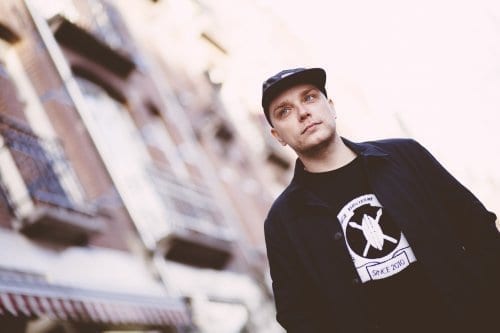