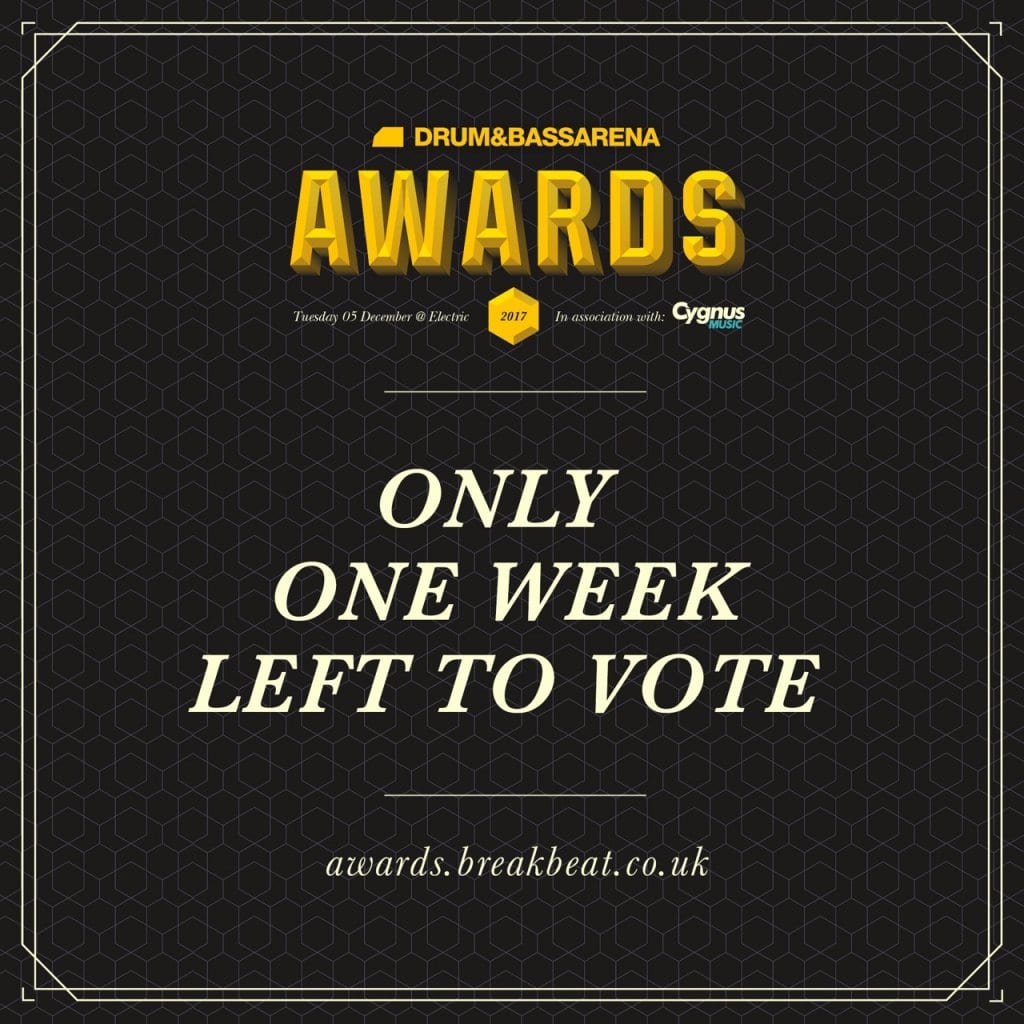 The clock is ticking… You have until next Wednesday to vote for your favourites to win in the second and final round in this year’s Drum&BassArena Awards or you must forever hold your peace. Well, at least until next year’s awards anyway.

As always, each award is fully charged by real life fan participation. Even if you think your voice won’t count, every single vote goes towards helping the most deserving winner take the gold on December 5 at the ceremony (sponsored by Cygnus Music) at Brixton Electric, London. This year will develop that further as Drum&BassArena have decided to announce both second and third place positions on the night to provide an even clearer picture of how the votes have landed, who was close to picking up an award themselves and how it’s not – no matter how much anyone moans – a one horse race.

With tens of thousands of fans participating from over 150 countries in the first phase of voting, the nominations are a telling snapshot of the exciting boundary-less state of drum & bass is at right now. See for yourselves on the Drum&BassArena Awards website as the 10 nominations in each category are revealed in full: For the first time in several years it’s clear there’s no dominant subgenre and no singular label whitewash running throughout each category and all styles and corners from the dance are healthily represented across these categories: Best DJ, Best Producer, Best Label, Best MC, Best Track (powered by Beatport), Best Remix (powered by Beatport), Best Album, Best Breakthrough Artist, Best Newcomer Label, Best Music Video, Best Vocalist, Best Club Night and Best Festival.

But of course, no one can win unless they’re voted in the first place, right? Get involved before Weds November 15 23.59 GMT or forever hold your peace. Well, at least until next year’s awards anyway…

Unglued discusses his debut album: Interplanetary Radio
NEWS
37 shares
SIGN UP NOW & STAY LOCKED!Sign up to our newsletter to keep up to date with the latest streams, news, and events, all tailored to you.