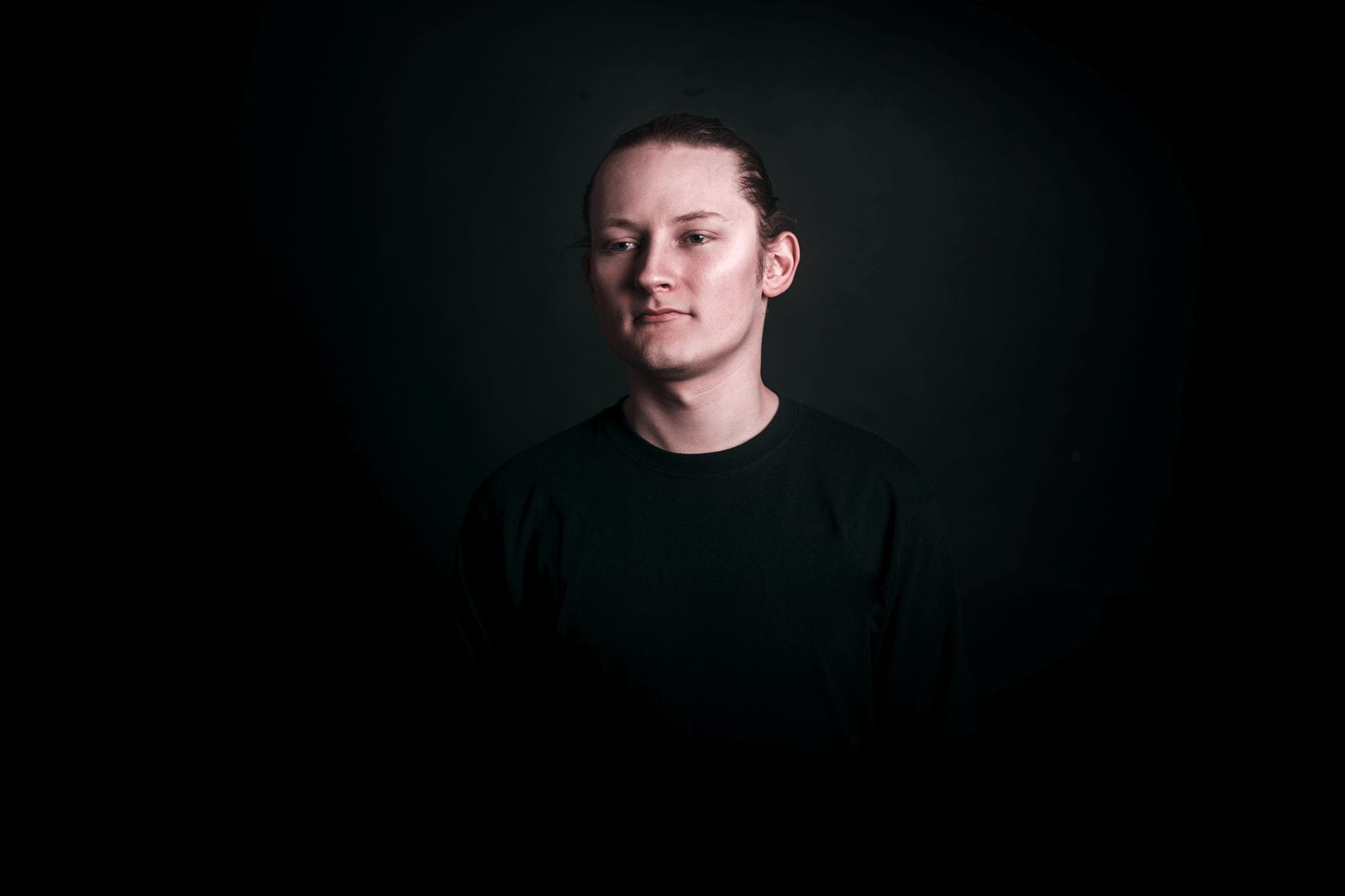 It kicks off with a heaving metal hybrid, it winds down with a lavish emotional synthwave, it’s loaded with a vital range of energies, styles and textures in between, it’s peppered with carefully selected collaborations with the likes of Gridlok, Thrasher and June Miller, it bangs…. It’s Pythius’s debut artist album Descend, it’s coming at us via Blackout and it needs your attention.

Following singles Monster Black Hole, From The Future and Akkord, the album drops March 30 and it reveals much more to the young artist than any of his previous releases to date. Here’s what we know so far…

So when were the seeds for Descend sown?

I signed to Blackout three years ago and these deals are all about albums so I thought ‘oh I might as well start then’. That was the main thing that started it. I obviously have always wanted to write one, but that was the push that was needed!

Did you find this changed your mindset on how you approached writing music?

Yeah in a way. But I was doing releases in between like the collaborative Heresy EP and some remixes. The album was always happening all the time between the releases. And it was nice to come back to after making those EPs. I’m really happy with the progression over these two years.

Any self-imposed pressure or were you more laid back about the whole thing?

Oh definitely more on the laid back side. Until deadlines started coming in and I thought ‘oh maybe I should ramp up the pressure!’ Before then I was kinda winging it and just trying things out and having fun. I think you need that, so you have time and space to experiment.

Where do you feel you can hear that the most on the album?

You can hear that a lot on the Drowning track the most – it’s just me putting that whole Komplete pack in because I had just bought it, and playing with new sounds and getting entirely different beats. It came about fully through experimentation and if you’re under pressure you don’t experiment. You get stuck in that ‘no I need to write more bangers!’ idea. If you’re relaxed you do it in a different way. You have more time to take risks.

You need to forget what you already know sometimes

That’s literally what I did with some tracks!

I feel the opener IDWD with Thrasher is quite a personal track that links things back to your metal roots.

A bit. It’s also a good example of me trying random stuff to see where it would go. I had no inspiration from drum & bass at that particular moment so did something very different.

Does that lack of inspiration happen often?

I have these moments a few weeks a year where I’m completely done with drum & bass and feel I can’t listen to it any more. Then I do some other stuff, come back to it and it’s like ‘oh yeah Drum & Bass is still sick!’ It’s nice to experiment and mess around with other styles anyway, it keeps things fresh.

Is that you playing guitar on IDWD?

No I don’t actually play the guitar but I was messing around with a Kontakt guitar. I knew naturally it would be better with a player so I asked someone else in the studio to do it. Gareth Thrasher offered to do that to, but the guitars where already record so he just did the screaming.

Tell us about other risks you took on the album

Until The World Burns Down is definitely one. It’s an 80s synth wave track that closes the album. It was a bit far-out and far beyond what people expect from me. I think the tune called Suspect has a lot of techno influences which I’m inspired by. Maybe not a risk so much, there are a lot of connections between techno and drum & bass but it wasn’t something I had done personally.

Who influences you on a techno tip?

There are shades of trance on the album, too. The intro on Haymaker for examples. That classic Black Sun Empire sound.

Yeah totally. That inspired me. I was born and raised here and the big sound in the city was Black Sun Empire and Blackout nights. That’s always influenced me from the start.

How about the concept behind Descend, was there any?

The original title was Into Darkness We Descend. I’d written both the Run and From The Future tunes and thought ‘I should have a name for this’. I’d got really back into metal at the time and I think the title was inspired by that a little.

Metal has a way of doing that… it never leaves you

No it doesn’t. You go through phases but it keeps coming back!

You must have finished the album and you’re probably already working on stuff to follow it, right?

No not yet! I finished the album three weeks ago. I was skimming it a bit with the deadline. I thought it was done a few times but then re-listened and wanted to mix it all down again. Vocal recordings delayed things a little. It doesn’t matter though because the end result sounds better so it pays off.

Any more cool coded videos planned like the one for Monster Black Hole?

I hope so! That one was made by a friend of mine who works for Guerrilla Games (who make games like Horizon Zero Dawn and Killzone). We thought maybe we should do something and I was very happy with the video. When he sent it over it was such a small file size I was like ‘no this can’t be right!’ They’re doing it a lot now and go to these demo scene conventions. It’s an inspiring movement. Check out Hybris’s recent video for another example.

How about the collaborations? A lot of artists like to get a lot of mates on their debut album but you’ve been very selective.

I didn’t actually want any collabs on it at all! But they kinda happened. The June Miller one we were working on that tune for a long time and it changed a lot. The snare is the only thing that survived through the many versions. It’s a great tune and I love how it worked out so I just had to put it on! With the Gridlok collab, before he got involved with the tune I was working that tune for a shit tonne of hours and I couldn’t quite get what I wanted. It had many of the elements that it needed (like the acid lead etc) but didn’t manage to hit the spot and I really wanted to nail the Konflict-style vibe. So I started working on it with Ryan (Gridlok) because he’s into that sound and that’s how that came about. It went from zero collabs to having a few!

So what will you be working on next?

I’m finally working on remixes people have requested. Have been putting them off for too lang and now I’ve got no excuse to work on them. I treated myself to a new hardware synth. Like a little treat ‘well done you, have this’

Nice. What else do we need to know?

Just that I’m really happy about the album. I’m trying to show a journey and multiple sides to who I am as an artist and as a music fan. I want people to enjoy it all and stay open minded. Thanks for listening.

Pythius – Descend is out March 30 on Blackout