Premiered by Rene LaVice earlier this week, heavily rinsed by both DJs in their sets in recent months, released today: Rockwell and Roni Size have paired up to create an obscene collaboration entitled Easy.

The first track from his forthcoming User EP on Shogun Audio, Easy is one of those extraordinary collabs when you can tangibly feel both artists’ signature sounds and how they’ve complemented each other. Rockwell’s off-kilter sense of danger, Roni’s hook craft and the pair’s sense of energy, funk and surprise – Easy does it all.

It gets better: Easy is only a quarter of what Tom Rockwell has in store this month. His first release in almost 18 months, User is a four-track document that sees Rockwell refining his focus and hurling himself back into the gulliest of trenches. Ranging from moody dubwise halftime (09 Track) to grimy twisted slammery (Inventor with Flowdan) via the hurricane rush track the EP is named after, the release is product of a personally challenging 2017 for the London artist… And sets us up for what he promises to be a more prolific 2018. Here’s the 411:

It’s been almost 18 months since the Chorus Of Disapproval, but the wait, as always, is worth it. What factors influenced this extended timeframe the most?

You’re very kind, as always! In all honesty, 2017 was a challenging year for me. I learnt a lot this past year that I wish 25 year old me had known. As such, most of the past year was spent in the throes of a process to remedy various things I was unhappy with career-wise. This, and then dealing with the adverse effects to my mental health these things caused kept me pretty pre-occupied. On the flip side, as has been the case when I have previously struggled with depression, I have ended up making some very dark and emotive but also pretty decent music! I’m feeling positive now however, and all set for a much more prolific 2018.

There’s a refreshed energy across the EP. Every track feels like an A-side. Was there anything in particular you wanted to achieve with the EP?

It will maybe sound strange, but the thought process behind this EP was to think less, and just write some tunes that I would like to play in a rave. I think with my LP that I put out in 2015 I went so deep into creating this overtly complicated and individually detailed world that it has taken me quite a while to leave that approach behind. That way of looking at and creating music was definitely still prevalent within me when I did Chorus of Disapproval but I’m glad to have finally moved on. The whole EP has been getting a good reaction in the raves, and DJs seem to be supporting the tunes, so it’s all good on that front.

How did the Roni hook-up come about?

Trying to think of some really fun and exciting answer, but unfortunately being truthful, it was just our respective managers at the time talking amongst themselves. I’ve met him a few times here and there and been a fan for years, so it was a no-brainer for me.

How did the track come together? A real-life hook-up or an online thing?

We did a session together in a studio in London, and then passed bits and bobs between ourselves online. It was a good couple of years between that initial session and the track being completed though. He’s a really interesting guy. He’s done it all and got the t-shirt and is a pleasure to work with. He’s also got me onboard for his anniversary live tour of New Forms, which I’m pretty excited about. It was such a pivotal album for me growing up.

Point out an element or a sound where you can feel Roni’s input the most on Easy.

When we first hooked up at the studio we were just flicking through samples on his computer. He played this portamento synth chord which just sounded so typically Roni Size / Full Cycle / Bristol early 2000’s that instantly I knew I wanted to build a track around it.

If you could collab with any other OG pioneers who would they be and why?

Not sure to be honest. I stumbled across drum and bass pretty late in the game, so I’m not sure that the producers I regard as pivotal to my interest in drum and bass would be regarded as OGs by the majority!

Anyone who has looked at my discography probably wouldn’t be surprised to know that I’m not the biggest fan of doing collaborations anyway. That pressure of being in a room with someone and them expecting you to be able to almost ’switch on’ being creative isn’t really my thing. I prefer to take my time and do a lot of the graft on my own where if I spend three hours experimenting but only come up with utter nonsense, no-one’s going to think I’m a complete idiot. I’ve sat in studios for days with some massive names and come out with nothing. I’ve also sat in the pub all day with others and then spent 10 minutes in the studio with them before they leave and come out with gold. I have been chatting with several producers regarding getting some tunes running this year but I’m not sure any of them are of OG status unfortunately. More of the Newer Gs’. ‘Lower-case’ Gs even!

Rockwell – User EP is out February 23 on Shogun Audio

Rockwell is back!
NEWS
1 shares 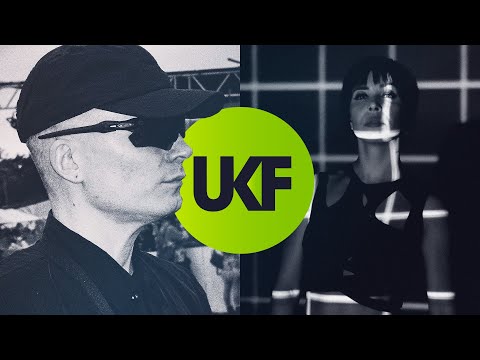 Rockwell launches new label Obsolete Medium
NEWS
685 shares
SIGN UP NOW & STAY LOCKED!Sign up to our newsletter to keep up to date with the latest streams, news, and events, all tailored to you.