As if being in a nine–week battle against Drake for number one in the UK charts with their new single These Days hasn’t been quite enough, Rudimental have made two pretty substantial announcements this month.

And earlier this month they announced their first live show of 2018: October 27 at Alexandra Palace. They went round London playing guerrilla gigs off the back of a lorry to tell the world about the show. It’s since sold out.

There’s more… The band picked late October to be their first live gig of the year (and have put their Wildlife Festival on ice for a year) in order to have more studio time and finish the highly anticipated follow up to their second album to their 2015 sophomore album We The Generation. Focussing on key DJ gigs – such Arcadia’s epic 10 year anniversary festival on May 6 alongside Noisia, Delta Heavy, Bad Company UK, Ed Rush & Optical, The Upbeats, Coki & Mala, TQD, Preditah, Bassboy and many more – allows more time to knuckle down, finish the album and release it before their self–imposed deadline of October 27.

Last spotted on UKF collaborating with Sub Focus, we caught up with Rudimental member Leon to find out how they’re going to do this….

How was playing off the back of a lorry? You mentioned about not being stopped by the police in the video… Surely this was all above board!

It was amazing fun and no, this was guerrilla style operation! We were just thinking of how we promote our first live show of the year and someone suggested touring around London in a lorry. I think it was a joke to begin with but it developed into something more serious. We picked a few places and locations like my home borough Hackney and Amir’s home borough Camden and we knew we’d finish up at Ally Pally. It was amazing though, we even managed to get onto Leicester Square. We had no planning permission whatsoever!

Some of the best things are. If we had to wait for local authorities it never would have happened. And to be honest, we didn’t know if anyone would be up for stopping and watching. The crowds were actually insane. I couldn’t believe it. The whole thing was such a good fun.  We all went to carnival when we were younger and most people love a carnival vibe. That’s what a Rudimental show is like; being at a carnival or festival, all under one roof. Albeit the roof of a lorry this time.

There’s a big gap between now and October. Studio time?

Yes a lot of studio time, a lot of DJ sets to keep the name alive and building up momentum for that live date. We need to get the album out before then. Not only for the fans but for us as well. We’ve been working on it for two years and it will be a massive relief to finally get it out there.

You’ve set a deadline. You have to get it done!

Totally. We’ve made some crazy sacrifices to accomplish that deadline. We put our Wildlife Festival on a back burner to get this done, too. These are crazy big decisions.

But you’ve got time to play on the legendary Arcadia spider!

Yeah, we wouldn’t miss that!

Have you played on it before?

Yes! In Thailand. It was a daunting experience beforehand but once you’re on it, you’re mad excited. It’s such a creative way to do a DJ set. One of the best ways we’ve ever had to play a DJ set, to be fair. It’s mad because our shows are all about interaction and getting involved with the crowd and I thought maybe this won’t work for us cos we’ll be so high up and away from everything. But when you do the show you realise it’s more than just a DJ set. You can interact with the crowd with the props the spider provides. The flames, the walkways you can walk down.

Any of you scared of spiders?

Yeah I am! I have to get my missus to take them out of my bath. I’m scared of heights as well. So that first time I played Arcadia spider in Thailand was terrifying. I’m used to this spider now, though. He doesn’t scare me anymore!

We just love jumping on the stage anyway so that’s never any pressure. But with DJ sets we get the opportunity to play new things from the studio that no one has ever heard before or you’ve ever heard before played out so you have an opportunity to do that. We love our secret gems, some tracks we’re digging right now. It tells a story of where you are as an artist and what you’re about. Never assume it’s about what’s in the charts or any one style. It’s the music we like that we hope you like.

It’s a heavy line-up across a lot of styles; drum & bass, dubstep, bassline and beyond. What will you be packing?

Oh yeah definitely! We play across the board and do all kinds of sets so we’re prepared for all situations. We did Amnesia Ibiza alongside Wilkinson, Sub Focus and Chase & Status, so we’re no strangers to being in that scenario but we always want to show the full scale and scope of what we love. We can go dark side, we can go super happy, we can disco flex we can do drum & bass. Quite early in on our career we got boxed in as a drum & bass act, which I respect and understand why, but we’ve always been about so much more than one style.

They do but I’m happy to say the Rudimental audience doesn’t. Our fans know what’s real or not, they know when we’re making something from the heart and let us go in any direction we want to explore so that’s reflected in everything we do.

Nice. Sign out with a tale from your rowdiest gig ever please…

Oh wow we’ve played a few. Too many. We’ve got these nights called Major Toms which is off the back of our label. They’ve been very underground in their approach; very much a word of mouth vibe with undisclosed line-ups. They’re always pretty wild. The last one was too crazy. And we’re about to host a whole load more in Ibiza! See you there? 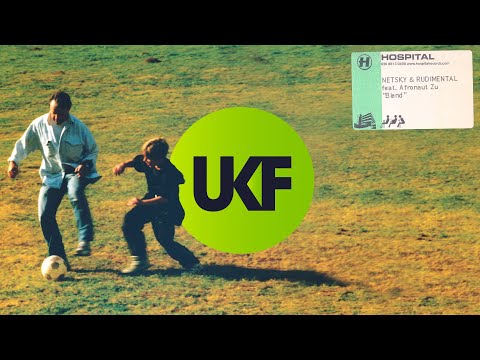 Rudimental ft. Ed Sheeran – Lay It All On Me (Calyx & TeeBee Remix)
AUDIO
4 shares
SIGN UP NOW & STAY LOCKED!Sign up to our newsletter to keep up to date with the latest streams, news, and events, all tailored to you.