Following the likes of Wilkinson and Bou, S.P.Y is the latest premiership drum & bass artist to emerge from his lockdown chrysalis flapping brand new label wings.

Get to know DARKMTTR, a label dedicated to all forms of contemporary drum & bass with hopeful plans for the future. A pipe dream for the Brazilian-in-Bristol for many years – but never pursued due to heavy touring commitments – he’s spent his time off-road working hard on every aspect of his new brand from the artwork to the admin and every other aspect of label craft in between.

The label launches May 24 with a four track EP from the man himself and will be followed by more of his own material before opening out to include other artists. In true S.P.Y style he’s gone in deep. Just like the time he totally scrapped a whole album before writing his Back To Basics LP, or the way he immersed himself right up to his neck in 90s science for his recent Dubplate Style, he’s hurled himself into every aspect of DARKMTTR and has exciting plans for how he’ll develop it…

Read on to find out more about the label, his future plans and how this affects his longstanding relationship with Hospital Records…

Tell us everything about DARKMTTR!

I first started thinking about it in 2016 but I didn’t feel I’d have enough time to run it in a way that would want to run a label. But I spoke to other labels and just watched how things were being done. Then when the lockdown happened, and I realised things wouldn’t get back to normal any time soon, I started really looking into it and see what I could achieve. I think I also wanted to learn some new skills. I’ve learnt so much in the last year about record labels and how they work. Things I used to complain about as an artist, I understand more now. I have a refreshed respect for labels now I know the ins and outs, how budgets work, what you should invest in and all of that. Even before I’ve launched the label I’m grateful to learn these skills and get this insight.

Yeah man. Branding, promo, admin, legalities… All these things the label does for artists, it’s not always understood or appreciated I guess

Definitely. Plus for me the idea to create the music, to mix it, to master it, to do all the artwork, to make some of the animations and promote it is a really exciting concept for me. There are so many moving parts. Self-releasing is one thing, but launching a label to release your music on is another thing altogether.

That’s right. You’re not putting something up on Bandcamp and hoping for the best. You’re creating a brand here aren’t you?

Yes. And it was quite an eye-opener. I had all these ideas about formats and promotion and videos but then when you look at the cost and the logistics of things it’s like ‘Oh wow’. Every decision you make when you launch it will have an affect on how you do things as you develop. One day I will want to release other people’s music on it, too, so I want it to be a label that people would want to release on.

You’ve worked with some amazing labels over the years, did you get any advice?

Yeah I was speaking to people for a while, Tony at Hospital and the guys at CIA. I spoke a lot with Josh from Hybrid Minds. Everyone gave me different advice. Things I should do. Things I shouldn’t do. I tried compiling them all and working out which way I should do things. A lot of it is trial and error but it’s just about making sure I do things the very best I can.

And eventually release other artists, too…

The first releases will be mine because I have a lot of music that needs to be out in the world now. But eventually as the label grows – and if people are interested – then yes I’d love to work with artists and release their music. I’m excited to work with new artists as well; people who still aren’t quite sure on their sound but they definitely have something special. It will be nice to sit down with them and give them feedback, give them some technical advice and help them get to where they need to be and eventually release their music.

Your eyes are on the bigger picture…

Well yeah, I’m trying not to be business minded about the whole thing because it’s a passion project. I do have ambitions for the label but I also don’t want to push it too hard, I just want it to happen naturally.

Last time we spoke it was all about Dubplate Style where you dived in deep in all aspects – the music, the tech, the mindset – of early jungle. That was your project. It sounds like DARKMTTR is another deep dive into a whole other world for you?

Ah wicked, I was going to ask about this…

Yeah totally. Dubplate Style has its own sound now. So I will develop DARKMTTR and then hopefully be in a position to have both projects. I don’t want to alienate people who like either side of what I do.

I wanted to represent all sounds and make sure people know that DARKMTTR isn’t just about dark sounds, there’s some melodic stuff, there’s some liquid stuff. I want there to be a vibe that does connect them all. So all the tracks work together sonically. I want them all to mix really well together but not stick to one sound palette or one subgenre.

Yeah. There are more EPs from myself already finished and ready to go. Then on the side I’ve been working with MCs and singers and doing collabs for future releases, too. So there’s a lot of music ready to go and that gives me time to talk to artists, look for new talent and maybe start helping them.

Nice. Have you left Hospital Records to do all of this or are you still with them?

No no, we’re still good. My album contract came to an end but we’re still very close and will still be working together on some things. I don’t have any plans to leave Hospital, they’re a family to me. They gave me lots of a good advice about running a label and are fully behind the project. The best thing is once DARKMTTR is running and I have some artists on board then I can release something on Hospital and the two things won’t have any type of clash at all.

Love it. And I love the DIY aspect – being able to work every single aspect of your own release. I know that’s something that inspired Nik Roos with his Sleepnet project.

I’ve been learning so many things! Video editing and 3D animation. I used to be a graphic designer before I made music full time so I’ve got back into that. Mixing and mastering my own tracks is something I always wanted to try. It’s so challenging to master your own music!

Yeah I guess you’re too close to it to hear those tiny little things that need correcting?

That’s right. But some of these tracks were made a while ago so I’ve had enough distance and have fresh ears. Time is very helpful for that. But I have to say, the DIY side is great for now but it’s not the main aim of the label. When touring starts again then I probably won’t be so hands-on with every single step of the release process and will build up a team. But for now it’s very exciting and fulfilling and I’m looking forward to getting the music out there… 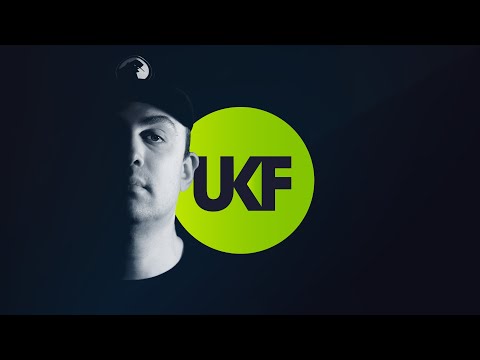 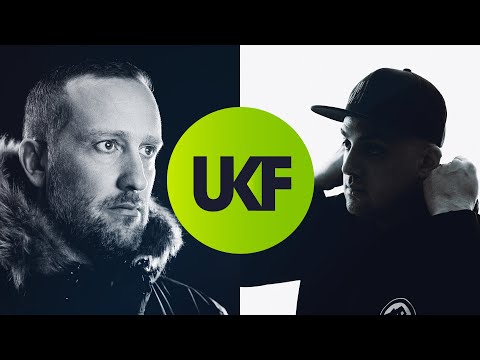 BCee & S.P.Y – Is Anybody Out There? (S.P.Y VIP)
AUDIO
0 shares
SIGN UP NOW & STAY LOCKED!Sign up to our newsletter to keep up to date with the latest streams, news, and events, all tailored to you.