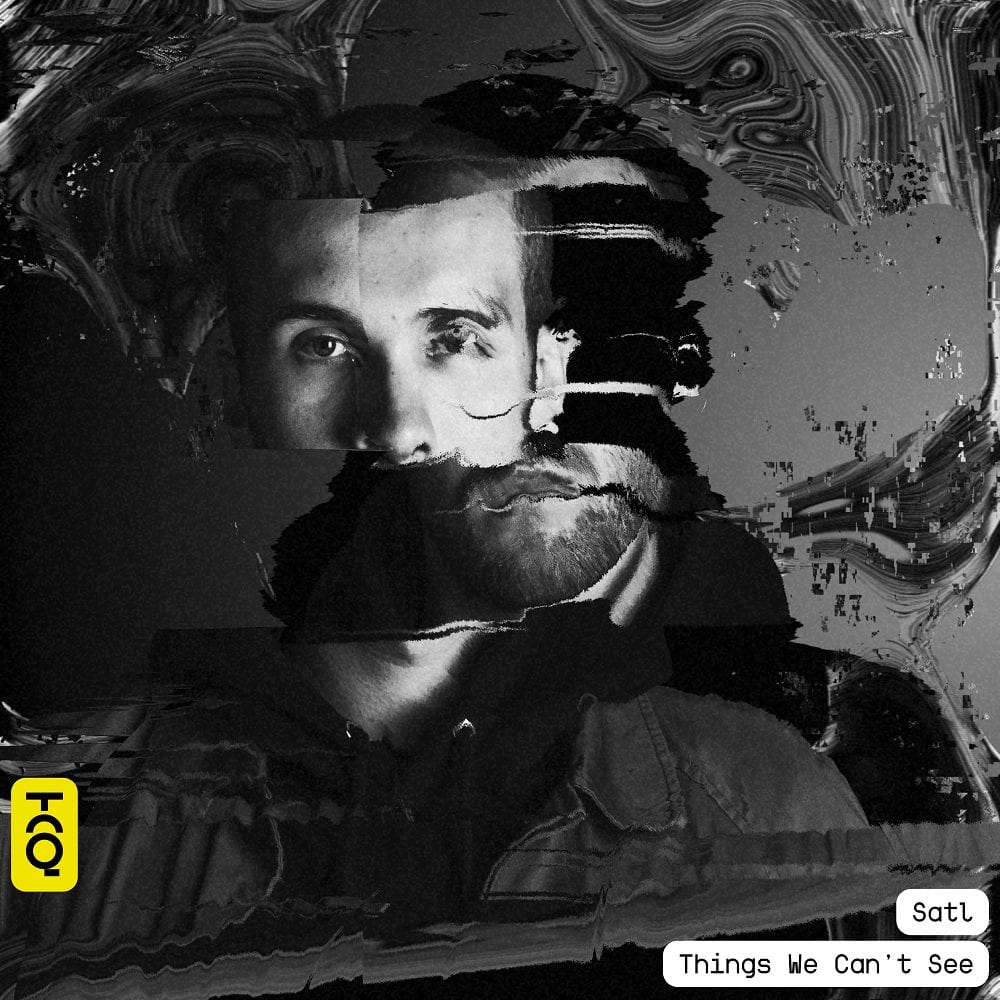 Following dispatches from Anile, FD, Abnormal Sleepz and Redeyes, Satl will release the final EP on The North Quarter this year.

Entitled Things We Can’t See, it’s the Polish-born / Netherlands-based artist’s most diverse and revealing EP to date. In classic The North Quarter style, it weighs in at well over your standard EP size (nine tracks in total) and features some of his boldest departures, including deep 140 vibes, smouldering dubby house that wouldn’t go amiss in a Calibre set and techno-inspired drum & bass.

Backing up the co-signs he’s been getting from OGs such as Digital and the sorely lost Duncan Spirit and Marcus Intalex, Satl – real name Adrian Rybka – is maturing into one of the most trusted and legit sources of new generation drum & bass. As he explains himself, he’s not interested in reinventing the wheel; he just wants to contribute something of meaning that’s high quality and true to himself.

Things We Can’t See is further proof of this. The release began with All My Life earlier this week, the next single lands November 29 and the full EP lands December 13. Here’s what we know so far…

The North Quarter… You mentioned this when we last spoke. You’d done a collab with Greg Submorphics on the label before.

That’s right. Round the time I made that track Lenzman had already suggested I do the EP but it’s been a mess. It took me longer than it takes people do an album. At first I was busy with my day job. I was working full time and that was hard to juggle. So I started working part time and I had a better balance. But I’m thinking to stop working fully and just make music.

It’s stressful but I’ve been living here for three years. We moved here to see what it’s like to live abroad, we’ve done that now so maybe I’ll move back to Poland. I’m a little more established now so I could live there and make music full time. The economy is a little different there than it is in Holland. I don’t know if I’m ready to be independent on the music yet, but this is the ambition.

It sounds like you are. There are nine tracks on this EP. That’s almost album sized!

It is but I’m quite prolific, I can write 30 – 40 sketches a week it was quite easy to choose the tracks but that’s why it took so long. First, I was working so didn’t have time. Then my computer crashed and I lost a lot of files. Then I made some new ones and we almost wrapped up the project then Lenzman said he wanted to use the new ones so it kept changing. I didn’t intend for it be this big but I don’t want it to be treated like and album. The tunes have a common vibe, but it doesn’t feel like an album to me. If you present your work as an album people expect different things.

I imagine you need to be in a different mindset to write an album, too…

Totally. But for me personally I do feel these are the best tracks I ever wrote. I think they show a different angle to me.

Yeah. And it’s crazy because all those guys are much more established than me. It’s a bit of a dream come true. Getting knowledge and experience from them straight away, it helps a lot and changes how I work now.

What’s the best advice you’ve been given?

I think it’s to have a high-quality standard and being selective. I might be sitting on around 60 or 80 unreleased tracks for various labels or my own sets but I won’t release them until I’m completely happy. I’ve had to re-learn how to use my time. If I don’t feel like finishing something I’ll sit down and try ideas. Just quick sketches. 30 mins, save it, put it aside. Do a new one. I get inspired that way. And in my sets, too. I used to hate playing my own music. But this year something happened and I realised my sets have a lot of my own music now. I think that’s more special. It gives your music longevity and it makes your sets unique. People want to come and see you play because they know they won’t hear anyone else play it.

Calibre is the master of that isn’t he? He’s been doing that for years.

Your track Modern Jah reminds me of him…

Thank you. Calibre is the master of simplicity and that’s something I learnt to appreciate from Spirit. He taught me how important simplicity is. Make the most of the things you have, don’t search for something new. I think people are trying to invent things at the moment. There’s a lot of pressure on producers to make their sound different and fresh and find ‘the next big thing.’ But if you listen to a lot of these tracks, they are vibeless. They’re well produced, but have no soul. It’s like going backwards. I don’t want to listen to something that’s perfectly produced if I can’t enjoy it.

Yes, there’s always a danger of that. I think we can take something from techno. It’s a lot more timeless in this sense and it’s a lot more groove-based. I have expressed my influences in that way in some tracks, but I’m not ready to release them. I think they’re too far away from what people will expect from me. They’re very loopy and slowly progressive. Some people do it really well, like dBridge for example, but as a younger artist with nothing to show like this, I want to introduce a different side to me slowly. That’s why there are some dubby things and techno elements on the album.

Yeah, it’s slowly introducing people to this side of my sound. I’ve had some great responses from Doc Scott, DJ Lee and a wide variety of people who maybe weren’t so into my liquid music but they can get into this. I want to make something fresh but not experiment too much. Just give it my own twist.

I think you’re able to hear that development in there in your music. There’s a wealth of guys who do the dark and light. Alix Perez and FD are great examples. LSB too.

I think young producers are afraid to do some things. I talked to FD and we agreed we need a new way of doing things. What I have observed is that as soon as something really big happens, everyone follows it until it’s boring. That’s what kills it. We need more variety than just following the trend.

Modern life makes it very easy to jump on bandwagons. You don’t have to dig very hard to find out what you need to copy something, rather than finding your own thing. It dates very quickly.

It does. I feel a lot of people who come into this scene around the same time I did have tried to become popular as quickly as possible. But I remember a conversation with Marcus Intalex. He said ‘do your thing, even if takes you 10 years longer than anyone else, you made it how you want to make it and not by following someone else.’ This stayed with me. I’m trying to do what I want. And maybe I’m afraid to put it out now, but in two years I’ll be able to present that sound to people and not be taken as only a liquid producer.

That’s so true. The longest playing people are the ones who’ve stuck to their sounds

Yes. And that’s why I’m still wondering if I can quit work and just do music. Am I ready? It’s hard to work that out.

I’m sure you’ll make the right decision. So the EP is out on December 13, but I get the feeling we might not have to wait long before the next release…

No definitely not. But for now the full focus is on this EP. I think just before Christmas is a nice time to release it. People can listen to it over Christmas when you have time to slow down and you’re not in a rush. I hope it changes the perspective of myself and open some new ears for it. This is the most important thing I’ve done so far. I hope when people hear it they feel the same way I do.

This is a very personal EP isn’t it?

Yes it has to be. Some personal stuff has happened during the time I wrote it and it has that melancholy edge because I was feeling that way. There’s more to expect in that style.

Was it cathartic? Did you feel better once you wrote them?

Maybe a little. But I’m an introvert so I rarely show my feelings to people but with my music it’s different. For example, I’m excited about this EP but it’s more of a sense of relief. I’ve put so much time into it I can’t wait to finally show it to people….

Satl – Things We Can’t See is out December 13 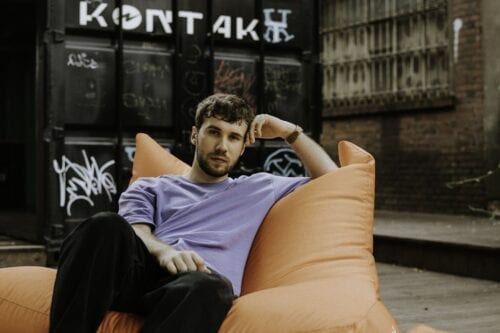 Satl – So Much Better
AUDIO
0 shares 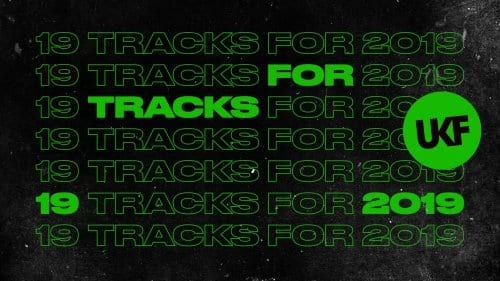 19 For 2019: Tracks
NEWS
525 shares
SIGN UP NOW & STAY LOCKED!Sign up to our newsletter to keep up to date with the latest streams, news, and events, all tailored to you.