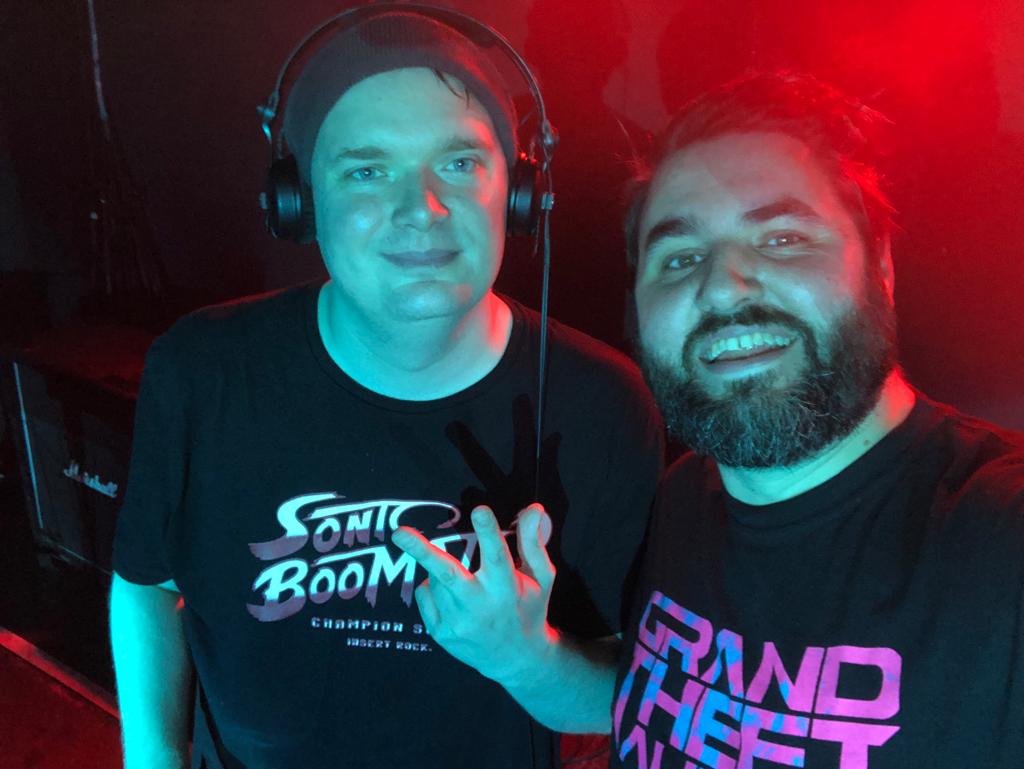 Set for release on September 30, the album will follow a huge slew of releases on multiple labels this year including Program, Deep In The Jungle, Play Me, Nuusic, Dance Concept and their own Grand Theft Audio imprint.

With a reputation for covering the entire D&B spectrum from mainstream dancefloor cuts to a rugged, uncompromising underground bangers, the album showcases Sola’s broadest sonic stance but does so with an accomplished consistency that guides you through their wide-armed ride.

Featuring collaborations with the likes of Sammie Hall, Kit Rice, Lauren Rose, Whiskey Pete, Perplex and Stytch’d, the album will be preceded by single Blowback on September 16. We called up James and Robbie, the UK leg of the trio, to find out more…

What have I interrupted?

James: We’re just working. This is us all the time online. From when I get back from taking the kids to school, we’re on Zoom all day. I share my sound and screen and we work on everything together.

James: Apart from little odd jobs like treating vocals, mixdowns and things like that. This is it 25-30 hours a week on Sola and Grand Theft Audio.

Robbie: It’s what we do every day.

That’s why you’re so prolific, then! So many Sola releases! Especially this year…

James: We’ve kept our normal release rate while writing the album. A lot of artists stop releasing and write the album but we’ve continued writing singles.

Robbie: The album’s been going on in the background.

So how do you make this work with the third Sola member, Paul?

James: He works around 60 hours a week fitting glass in Australia. We’ve never actually met him. He’d start a tune, we’d essentially remix it and put it out as a Sola tune. But now we collaborate in different ways.

Oh that’s mad you’ve not met! I thought maybe he had moved to Australia or something…

Robbie: He was an artist on the label called Hanm and we were doing some collabs with him.

James: Between us we found we had a good melting pot of passions and ambitions.

Robbie: But Nothing To Lose, Echidna and Hanm was a bit of a mouthful so we found a better name. We made a tune Double Down which got signed to Program and that’s where it took off.

James: What’s useful is that Paul understands he can’t put in the same amount of time as us so he doesn’t make himself a bottleneck. We’ve been doing this for five years as a trio, we don’t have to wait for his approval. He gets less of the responsibility but less of the final say. It works for us. We’ve got a solid schedule and consistently we’ve been finishing between one and two tunes a week.

Communication! That’s why you work so well with collabs. You seem to love them. There are lots on the album and of course the Solaborations EP recently.

James: Honestly, we don’t want to miss anyone out because working with all these guys has given us such a boost – you might be feeling down one day or not feeling like you’re progressing but then you’ll see one of them has mentioned you in an interview or posted about you and it’s a real boost. We all bring each other up. You feel seen, it’s a bit of motivation.

Totally! So what’s the secret to a good collaboration?

Robbie: We got broad tastes in what we listen to and what we make. As long as we like it and it sounds like us then we’ll be up for it. Some people love to stick to a specific subgenre but we’re up for anything which makes us easy to work with.

James: It helps to have a discussion about what you want the final track to be before you start.  So communicating is important and keeping each other up to date with every change is vital.

Robbie: Every tune we do is a collab because there are three of us, so collaborating is ingrained in us. We find it very easy to collaborate because we have these processes in place.

Totally. So let’s chat album – you talked about loving all the styles and you showcase that on the album. Just within the first two tunes alone. But everything sounds like Sola. There’s a craft to that. You’ve cast a wide net but made it consistent.

Robbie: Thank you very much.

James: We’ve been trying to write a piece of art that would illicit that reaction so that’s a bit wow.

Is it a frequency thing? How do you keep consistent?

James: A lot of that is down to kicks and snares which are made the same way using the same process. The drums might not sound the same, but they feel the same. I mixed down the whole album too, which gives it a uniformity. Plus we have a similar sensibility of when there needs to be space and what should fill it. So, for example, a little ride coming in.

Robbie: It’s a similar recipe no matter on the end product.

I hear you. What was the hardest track to get over the line?

Robbie: It’s one of the few tracks that wasn’t written specifically for the album

Ah so you wrote tracks specifically for the album?

James: Yeah 12 of them were made specifically and not sent to other labels or made for other EPs.

Robbie: I’ve been a lover of albums since I was a kid so we really wanted to make sure this was special and each track had a relationship with the album rather than something we had lying around, you know? We’ve always wanted to do an album and waited for the right time to do it so we wanted to do it with intention.

What triggered the process now? Why not a few years ago?

Robbie: We were happy with where we were sonically and we all felt it was the right time to take that step.

James: Our first EP together took us a year and a half. If you extrapolate that to be 14 track album it would take such a long time. But now we can finish a track a week consistently it becomes something we’re able to do within a reasonable timeframe. The problem with an album is that if you take too long then you’ve got to go back to the start. It’s like painting the Golden Gate Bridge. Once they’ve finished, they start all over again. 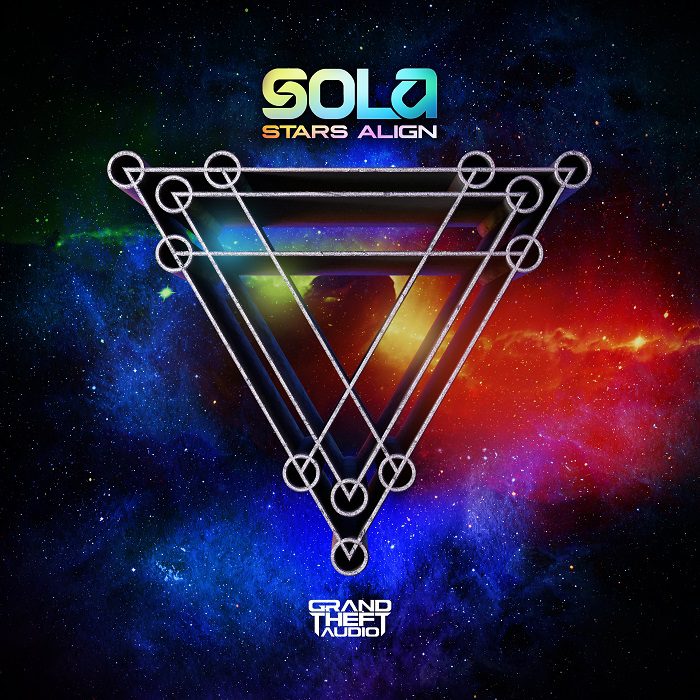 Ah yeah, I’ve heard that a lot off artists. Let’s chat about one or two specific tunes. Pico De Gallo is a pretty far-out one. Cool mariachi vibes. Tune!

Robbie: The name actually came first! James thought of the name and idea and we said, ‘Let’s do it.’ We all knew what to do and found bits and bobs.

James: Paul was finding guitar loops he’d had for years and we were cutting up mariachi samples. It came together so quickly. The composition was done in three hours.

Robbie: We wanted a song you could not forget. This one will stick in your head. Whether you like it or not!

Have you played it out yet?

Robbie: Yeah it was the last tune at our last night. After we played it we went to the smoking area and people were like, ‘What the fuck was that tune?’

James: I’ve always loved tunes like that. Like Ray Keith’s Latin Quarter. I love hearing world music elements in drum & bass and we have strong ties with Mexico with friends and Spanish speaking people signed to the label. We had some feedback off them. We wanted this to feel like a nod or a tribute, rather than come across as a parody.

Turncloak is another persy. Different genre but still fits in. Fun track!

Robbie: That’s my favourite track. We’re big fans of Opiuo so that’s inspired by him. He uses a lot of American rap samples on his so we use grime samples instead.

Nice touch! The Drift volumes are cool skits, too…

James: We wanted to make a track in two parts to make it a bit more album. Some of my favourite albums have got these bits like intros and skits. They’re part of the experience. The Drift part 1 is like a palette cleanser. Like the ginger you have after the wasabi. Then the second part is a reprise but it’s done differently so there are no snares in it, it hits with the kick.

Robbie: It’s a nice way to end the album too.

Brings it all together. The art of the album will never die will it? A great statement and way to stretch your creative legs…

Robbie: Definitely. It’s a nice way to show everything we love and try new things. I do really love albums. Even if it’s an artist I’m not the biggest fan of, if they’ve done an album I’ll check it out.

James: Another thing that was important for me was that every track had its own personality and was not interchangeable.

No repetition! So finally… When was the last time the stars aligned for you guys?

Robbie: When we started Sola! All three of us were producing for a long time before we came together and we hadn’t achieved anything like we’ve done since becoming Sola. So the stars aligned right there.

James: Yeah that’s the perfect answer. I was going to say when I married my wife because it almost didn’t happen five times because of lockdowns but Robbie’s given a proper drum & bass answer so yeah the stars definitely aligned then!

Sola – Stars Align is out September 30 on Grand Theft Audio