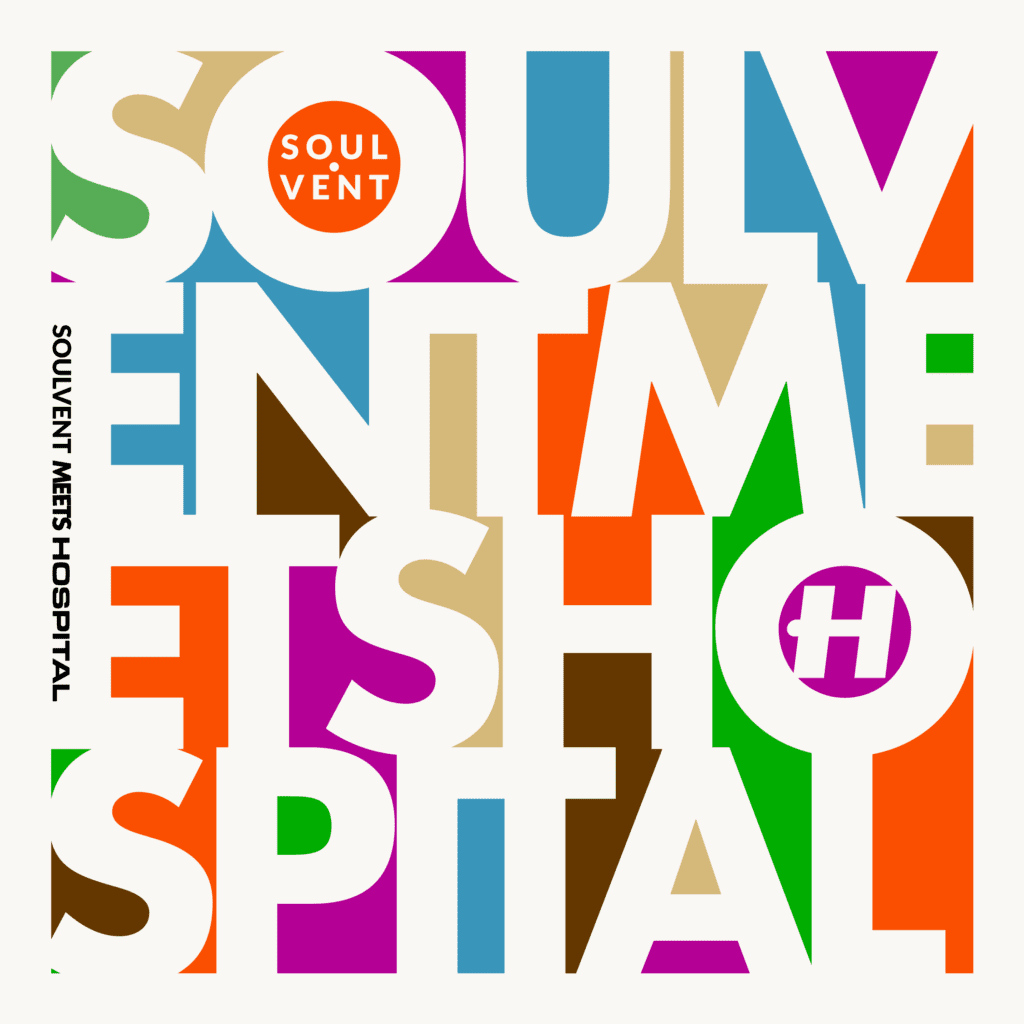 Fresh from tearing up Albania with a highly successful return to their Hospitality On The Beach festival, Hospital Records continue to expand and develop as they invite Soulvent Records and the label’s artists to officially become part of their roster and repertoire.

The collaboration will commence with a full VA remix album that sees both label’s artists remixing each other’s tracks: Soulvent Meets Hospital

Founded by Jack Pola (of Pola & Bryson fame) along with Joe Goss and Liam Holyoak-Rackal, Soulvent was established in 2014 and has become a key platform for championing exciting new talent on the deeper side of the D&B spectrum.

“We have been fans and followers of Soulvent since the start,” says Hospital co-founder and managing director Chris Goss. “Soulvent’s commitment to developing young talent has always rung true for us, offering a platform to names like GLXY, BMotion, Changing Faces, In:Most, Askel & Elere, Dilemma and Mountain. Their positive energy and inquisitive nature has built a foundation for something special, and as Hospital has grown, and evolved, we felt it timely to invest in a new creative lane.”

Soulvent have already made a great impact on the wider drum & bass scene and their relationship with larger labels has been in place since some of its earliest releases. As we documented in 2018 with this UKF.com label profile on Soulvent, the label was instrumental in BMotion signing to Viper and GLXY joining Shogun Audio. As Liam explained in the interview at the time, his vision for the label was to “create a platform for young people, for young talent who aren’t being heard yet, a platform for their music to get to your radios and to your UKFs.”

Tapping into Hospital’s infrastructure and resources allows the label to do this on a much higher level.

“Hospital have achieved so much with their contributions to both drum & bass and the music industry as a whole over the last 26 years,” says Soulvent’s Joe Goss. “So when they expressed an interest in supporting our East London born-imprint in May 2020, we would have been remiss not to accept their offer. We are immensely proud to publicly join their ranks and continue to offer a home for young musicians to develop and grow their talents.”

The ranking-joining will be marked by Soulvent Meets Hospital, a 14-track collection of remixes featuring some of the most exciting, talented and creative names on both labels ranging from Whiney to Flava D to Winslow, Degs, In:Most, Askel & Elere and many, many more.

“Soulvent Meets Hospital further represents our aspiration to offer opportunities for up-and-coming musicians to hone their abilities and create beautiful music in the process,” says Joe. “Seeing the likes of In:Most, Askel & Elere, Mountain, Vektah and imo-Lu alongside legends like Logistics, Flava D, Nu:Tone, Winslow, Etherwood and more brings us great pride and marks only the start of a blossoming musical partnership.”

Expect things to blossom on July 29 with the release of the full album. To get us in the mood, Hugh Hardie’s remix of Mountain – I’m Free (feat Kojo) will be released this Friday June 17. You can pre-order the album here.