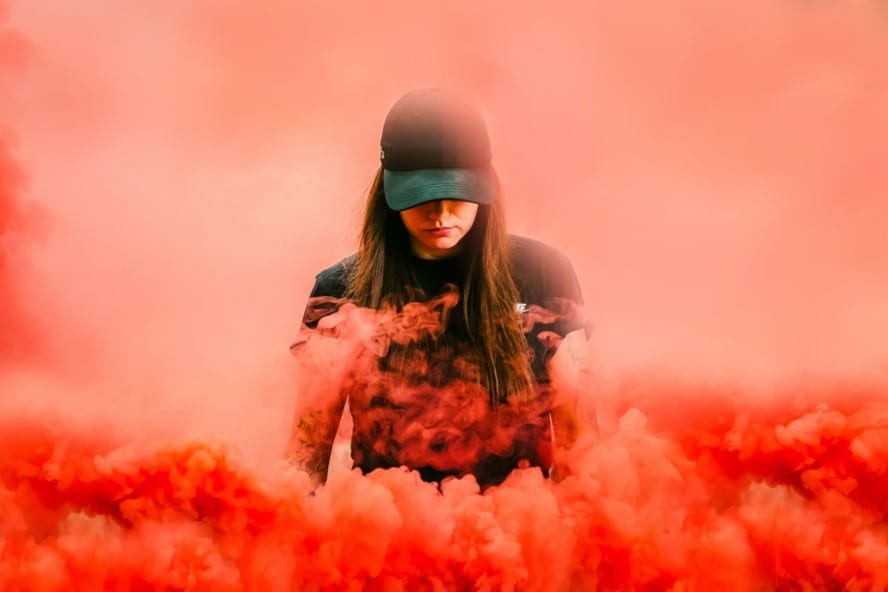 From poetic introductions to big dancefloor ballads and smooth liquid rhythms, Mollie Collins’ debut album is a musical force to be reckoned with. Musicality is a 12-track showcase of drum and bass, rich in piano melodies and catchy vocals.

An already award-winning artist, Mollie Collins has been on the scene for half a decade, packing out clubs and hosting a hugely successful KISS FM show. With all this in her back pocket, she is kicking things up a notch with her debut album, as she hopes to highlight her growth as an artist and catalogue of styles.

It wasn’t until 2018 that we first got to hear original music from Mollie. Since then she has compiled an album full of dark rolling basslines, high-energy club tunes and liquid tracks that encapsulate her very own musicality.

We spoke to Mollie about her journey to her debut album, her newfound love of the piano and her plans for the future.

You’ve clearly been using the lockdown to your best ability to come out of it with a debut album!

Yeah exactly! Some of the tunes, maybe two or three, were made before the lockdown, but I didn’t feel like they were strong enough to be singles by themselves, so I kept them back and thought ‘I’ll keep them for an album.’ I started writing more music during the lockdown, working with more vocalists, and I just said to my manager, ‘I’m ready to do the album now’ and got cracking with it. Now here we are!

It’s the best thing to come out of a bad situation.

For me definitely as I’ve made my first album!

I’ve seen your studio set up which is pretty sick – this must inspire you as well, having such good surroundings?

Yeah, literally just before lockdown I moved into my house. I bought a house around October last year and we’ve spent some time doing it up and converted the garage for my studio. Just before lockdown it was ready and we moved in, so I had a fresh studio for the lockdown.

I’m surprised it has taken until now for us to hear a full LP from you, how long has it been in the works?

I only put out my first single Lost & Found last year. It’s taken me a few years to get my head around making music. I started learning piano with piano lessons – one hour once a week. I actually did an exam last year for my level one, and I was meant to sit my level two earlier in the year but I couldn’t actually sit it because of lockdown. Since I’ve started to learn piano it has really helped me with music as I know keys. When you write a tune everything is within a key, so as long as everything is within that key, whether it be the sound or vocals, even some of the drum sounds, it really helps.

When I listened through the album, I could really hear the piano influence…

Most the tunes have the piano in. I think there is only maybe one or two that don’t have piano in and that’s because it’s the instrument I know now.

You can really tell; could this potentially become your signature sound?

Yeah that’s it. A lot of people in drum and bass have their own sound and style and I think when you listen to my album it’s a bit of a mixture, but the one thing that does stand out is the pianos and vocals, which is my thing I think.

There is definitely a mix of styles, you have rollers like Love On The Line and liquid like Try More. Were you trying to experiment with your debut and showcase your talent across the genre?

I think as a DJ, from the start I have never really focused on one subgenre – I’ve always played a bit of everything. I thought that when I start making music, I want to try and make a bit of everything. I never really knew how to but then I started experimenting. I’ll normally start with a piano, whether it’s in a major or minor key, and then see where that takes me with the vibe. For example, Love On The Line, I wanted to make a sort of underground roller type vibe, but I thought I’d start with the piano and see what sort of chords I could make and then take it from there. Then because I went with a minor chord it took that darker vibe. It’s always the piano! As soon as I get the piano done, I’m on a roll.

That seems like quite a unique way to write an electronic track! I can really hear the influence.

It shows that you’re making a mark. Other than your new-found love for keys, what else has inspired you along the way?

I like to have vocals involved, whether that be an actual vocal artist or samples, as I feel that helps me in deciding where the tune goes. For example, the track called System Malfunction doesn’t have a piano on it but I started writing it with sounds in sort of the same way I would use the piano. I found this sample about system malfunctions and I thought, ‘this is sick’ so I based the rest of the tune around it. There’s a bit in the tune that breaks down in to amens and it goes a bit mad, which is where the ‘malfunction’ is. It’s a bit weird! Once I have something to focus the idea on, I’m away with it!

Speaking of vocals, you’ve got Ava Collins on the intro – is this the next Mollie Collins?

She’s my niece! She’s just going into year 6 so she’s really young. Basically, I didn’t really know what to do for an intro and I wanted to keep it quite poetic in a way. I got my friend, Leah, who’s on the album as well, to write a sort of poem for my niece, Ava. I wanted to get my niece on it just for something for her to have when she grows up.

It’s really sweet. I couldn’t tell if it was something she’d done herself or it had been written for her.

It is a bit weird for the album, but at the same time an album is whatever you want it to be. I got Leah to write it how I wanted it and my niece, bless her, she’d never done anything like that in her life. She came down and sat with my brother and gave it her best shot.

She’s leaving her own little legacy!

Yeah, it’s something nice for when she grows up. A little gift for her!

In terms of legacy, will the piano and vocal combo become your legacy, or are you planning to continue on down the experimental path?

I think the pianos will always be a big thing for me, and I love to work with vocalists. I’ll write a tune, like a rough draft, then I’ll send it to a vocalist and each version is different. Then I’ll go back and change the tune, whether it is completely or just slight changes, and then it evolves from there. Sometime when I’m working with a vocalist it’s hard because I have a blank canvas and I don’t want to overfill it, so I always leave it quite rough and then once they’ve done their bit I know what to do with it. I really like vocal tunes because they’re good to listen to.

Do you think the process of making the tunes has actually been harder because you haven’t been able to play them out in clubs and get the crowd reaction?

It has been really strange. Especially as its my first album, I really wanted to play it out in clubs and stuff. The thing is with me, I make ‘listening’ tunes anyway – normally most of my tunes aren’t made for clubs, so for me it hasn’t been as bad.  I did fly out to Kavos the other day to play a little show, where I got the chance to play a few things from my album. That the first time I had ever heard the tunes in a club on a rig, so that was a really cool moment for me.

I bet that was a cool feeling!

I’ve only ever heard the tunes in the studio, in the car or at home, I haven’t really heard them anywhere else, so to be able to hear them in a club on a system, that was really cool.

So where are you going from here? Is it straight back to the studio or is it time for a break?

I’ve already started writing more tunes. I think there is one that is finished which is like a jump up tune and that didn’t take me long to do at all – another one with pianos! That’s just sitting around as it’s not really single-worthy at the moment. I’m also working with another vocalist from New Zealand for a tune. I’ve got so much time to be in the studio, it just makes sense to be in there making new music. Another thing I’m trying to focus on at the moment is my KISS FM show.

Two years going strong! It’s been crazy. We’re not actually allowed at the studio at the moment, so I’ve been doing that from home as well. I’ve been planning a lot of stuff with my producer for when we are allowed back and looking at evolving the show.

Onwards and upwards. I know you’ve got a few shout-outs to make…

I just want to thank everyone who is on the album – the collabs with Banzai, Kleu and Gino and the vocalists Emily Makis, Leah Guest, Anastasia, J Wilz and Y-Zer as well. I want to thank my manager who has really helped me – he hasn’t earnt any money from me over the last five months as there obviously haven’t been any shows, but he has helped me with the album so much, which I’m grateful for. I need to thank Hannah who has been doing all the PR for me and helping to push the album. I want to thank TeeBee who helped with the mastering on the album, and Erb n Dub who helped me with mixing the vocals when I got a bit stuck. They’ve been a big help. 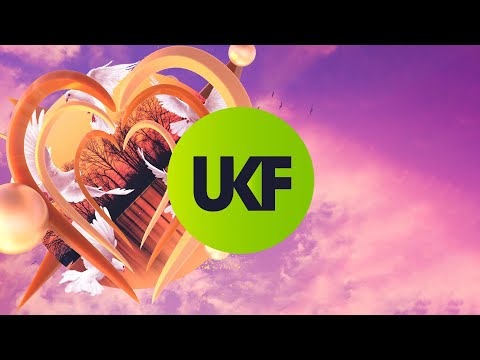 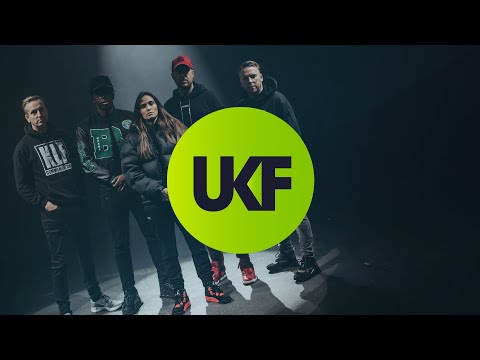 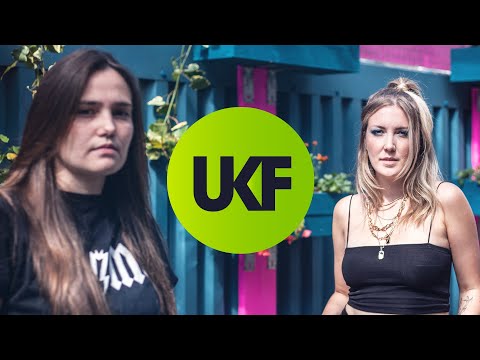 Mollie Collins & Ruth Royall – Dance Together
AUDIO
0 shares
SIGN UP NOW & STAY LOCKED!Sign up to our newsletter to keep up to date with the latest streams, news, and events, all tailored to you.