As if getting artists to create near album length EPs for each release wasn’t quite enough, Lenzman ups his guerrilla tactics once again with a surprise delivery: a brand new Tokyo Prose album – Wild Grace.

Delivered over two EPs, one today and one on July 20: no fanfare, no promo, no pre-sale, no series of cryptic videos, just straight up stealth with a proper full length from an artist who hasn’t released anything in over two years. Just when you thought you’d sussed The North Quarter’s MO, Lenzman changes tactics once again.

One thing that hasn’t changed is the quality. Wild Grace is a lesson in soul simplicity. 13 tracks deep, including long sought after dubs such as Innate Motion, Trick Of The Light and Brilliant Corners, the album is a kindly reminder of why we fell in love with the New Zealand artist’s music when he emerged eight years ago on Samurai. Don’t take our word for it, take a listen here…

Interestingly, the album – which is the follow up to his 2014 debut LP Presence – was never actually on the cards and, until relatively recently, Tokyo Prose (aka Sam Reed) had no intention to even write an album. Which makes this guerrilla dispatch even more intriguing. Get to know…

It’s quite quite fitting because I never actually planned to write another album.

It started with an EP that was due on Soul:r. That was very close to being released and even got to test press stage before Marcus sadly passed away. So that was the first part of the album and I was going to do an EP for Lenzman so that became the second half.

Totally. The track Tremble in particular is very much Intalex inspired. I was a bit worried about that track. Sometimes if you send someone a track that’s in a style that they are known for, it can be perceived as a bit of copy but Marcus was very supportive. When he toured New Zealand at the beginning of last year he played it as an opening track so that was a special moment for me.

Nice. So after Soul:r closed you wrote the rest of the album?

Most of the EP for Lenzman was already close to complete. As part of the process I had basically sent Lenzman everything I’d ever made that hadn’t been released. There were folders in there from 2008 and 2009, although none of the older bits ended up getting used. We then worked together and crafted it, working out what tunes would work well as one body of work. I wrote a few interludes to but to be honest it was more about reworking and getting things to fit together.

Lenzman is bossing it right now with The North Quarter. He’s made all the previous artists do albums without realising, he’s dropped an album of yours with people suspecting. You guys go way back so I guess it was a matter of time before you landed on the label.

Oh yeah I’ve been talking to Lenzman for over 10 years. He was the first DJ to jump on my track ‘Saving Grace’. I sent it to him the day I wrote it and he was all over it. That track really was a breakthrough for me. He’s been a big supporter since day one. So we’ve kept in touch and kept each other in the loop and supported each other’s music ever since. I’ve been really impressed with what he’s done with The North Quarter. He’s got a very distinct vision and works very closely with the artists on each release. For me that’s the difference between a good label and a great label; a great label will get the very best out of an artist. FD, Submorphics, Redeyes… The releases they’ve put out on The North Quarter are, in my opinion, their best releases.

There are a few tracks on the album that people have been asking you for, for quite a long time now…

Yeah there’s a nice bit of interest from people about tracks like Innate Motion and Trick Of The Light which has been cool. I’ve been kinda vague and coy about it when people ask about them. So there’s a nice bit of anticipation for things and t be able to get them out and have a full album with them is cool.

That must be a nice feeling after two years of near release silence?

Yeah of course but maybe not as much as you think. After the last album I did the Dawn Chorus EP and then said to myself ‘I’m going to work towards getting a Soul:r release. That’s all I want to do. And if it’s not good enough for Soul:r, I don’t need to put it out.’ I’m not relying on music to get gigs or make money, I just want to take what I can do as far as I can take it.

You’ve obviously got another career then….

Yeah I’m water resources engineer so I’m fortunate that I don’t rely on music for an income and can keep it uncompromised and a passion.

Yeah if I want to write a tune I can open up Ableton and play with an idea I have or with a sample. Or I could just not. For months.

What do you think would have happened if that EP didn’t get signed to Soul:r?

Then I’d have carried on working on tracks. Or maybe I would of just stopped. I’ve never been the guy to line up releases. I think there was a time when I had two in a row but they usually come one at a time. The way I’ve always treated it is that every release could be the last.

Wow. We hope this isn’t the last. So how about personal progress between albums?

There are some strong parallels between the albums. People who liked the first one will hopefully like the new one, but it’s definitely more varied and covers more ground and perhaps not as reliant on collaborations. I’m sure people will have a preconceived idea of what a Tokyo Prose tune will sound like, especially with the piano elements, so I hope there are a few surprises for people.

When was the first time you listened to it as an album?

Around the end of last year but we’ve been talking about putting together a release since Lenzman launched the label. The last touches were the vocalists, taking the tracks to the next level and developing them musically.

I know you said you don’t line up releases but do you think we’ll see you on The North Quarter again?

I’ve got a few collabs floating around but nothing fixed.. I literally gave Lenzman access to everything I’ve done over the years that’s never been signed so whatever I do release in the future will be new and not likely to come for a little while.

Yeah it’s totally different. You’re not exposed to such immediate changes in production or exposed to as much new music. Obviously I see some friends who are touring through NZ every year or am fortunate to be sent new music. It’s very different from playing most weekend around Europe to maybe playing one show in every city in New Zealand and perhaps a few Australia shows every year.

Reckon you’ll ever return to the UK?

There’s nothing planned. To go away, and to make it stack up financially is tough. I also have other commitments with a young family. It can be done, but I’ve done it already so it’s hard to justify.

So if we want to see you play then we have to fly over to New Zealand?

Pretty much man. It’s a hard balance the career and doing music on the side. Doing that in the UK was ok but over here it’s much harder based in New Zealand. The cost of air fare and time away. I couldn’t live as an artist…

You seem really happy with where you’re at though…

Yeah I’m really happy. Just making music as and when I feel like it with no pressure. I feel like I have the best of both worlds right now. 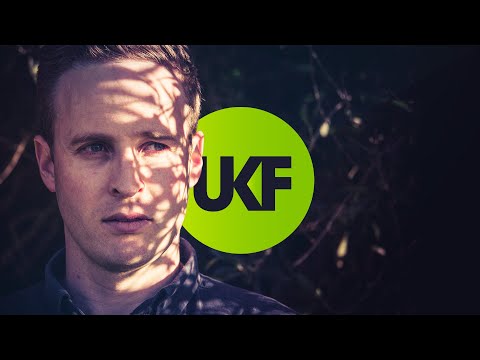 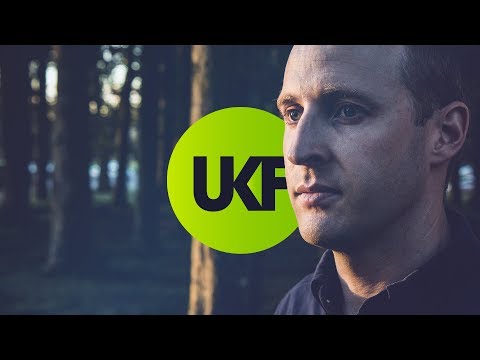