Prodigy albums are always a cause for hype and celebration ever since the UK trio followed up Experience with the game-changing Music For The Jilted Generation exactly 20 years ago. But this year’s number one-smashing long player The Day Is My Enemy might be the last time we experience that five-year-wait and epic hype salvo their albums usually bring.

Speaking in a short backstage interview with NME yesterday, Liam Howlett and Maxim both discussed what could potentially be a new method of delivering music for the influential band.

“We’re not bothered about writing albums any more,” states Liam. “It just bores the shit out of me. If we can get a couple of EPs written and put them out quickly it’s better for everyone.”

Maxim compounded these sentiments stating that “album cycles take like five years. The fans are hungry, we’re hungry for music. It’s good for inspiration all round to keep the music going and keep putting things out.”

The decline of the album has been discussed and considered by artists and labels ever since digital platforms developed in earnest 10 years ago. Most of this discussion, however, has always been on the fact that digital delivery means albums aren’t experienced in the way they were written and arranged. And that fans are able to cherry pick their favourite, instantly appealing tracks, and not digesting the entire body of work (and often finding their favourites are usually the ones they didn’t quite get to begin with).

In the case of The Prodigy, though, this seems more like a straight-up anti-longness campaign with the desire to get music out quicker and not keep everyone hanging for years and years. With Liam revealing that he’s already working on new beats, it looks like we might not have to wait another half-decade for new Prodigy slammers.

If you’re in Montenegro with us this week for Sea Dance, we’ll see you tonight as The Prodigy shred the main stage. Get in the mood with this awesome new video for their next single Get Your Fight On… 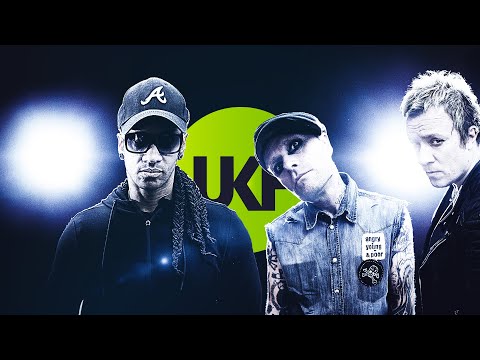 The Prodigy – Timebomb Zone (Conrank Remix)
AUDIO
0 shares
SIGN UP NOW & STAY LOCKED!Sign up to our newsletter to keep up to date with the latest streams, news, and events, all tailored to you.