Major lockdown props go out to Virtual Riot this week as he’s recently discovered his Heavy Bass Design sample pack on Splice has been downloaded over a million times.

A first in bass music, Valentin was unaware of this feat until he received a commemorative trophy through the post. It turns out the German-in-LA’s samples have been so universally supported he’s even heard them in The Mandalorian.

With almost all of us under strict isolation rules right now – and more and more artists developing their own sample packs and different ways of keeping themselves creatively inspired / bring in a little extra revenue to make up for postponed shows – we called up the Disciple ninja to find out more about the process of creating a sample pack and what his favourite all-time samples.

1 million sample packs sold. That’s quite remarkable. Did you acknowledge this in any celebratory way or just business as usual @ VR HQ?

I didn’t know it had hit 1 million sales until Splice sent us a literal trophy like a YouTube play-button for a million subscribers haha. This definitely made my day though and got me really excited for upcoming packs.

How much of your life do these projects take up?

I want to say every producer starts a sample pack the moment they bounce their first samples or make their first drums, even if it’s just for themselves. For me I’ve always been a fan of both sound design and using well-made sample packs in my production process.

When I’ve made a sample pack, half of it came from my steadily growing private sample collection I would use in most of my productions, the other half would be freshly recorded and made over the course of a few weeks, sometimes month. In addition to that I would scavenge old and abandoned project files for useful raw materials.

What’s the first rule to bear in mind when making a sample pack?

Make it useful for yourself as much as for others. By this I mean aiming for a high quality of samples as well as sorting and naming samples properly and putting them in a folder-system that anyone can quickly understand and navigate.

And what’s the second?

Do something new. My most favourite sample packs of all time all could have been amazing records, too. To me, making a well-rounded sample pack with a compelling demo track can be just as fulfilling as writing a new EP. Sample packs give you even more of a chance to experiment and influence the musical landscape by providing odd, inspiring or unique material to other producers.

That’s wicked. On the flip side, what’s the most annoying, frustrating, tear-your-hair-out thing about making them?

Volume levels, click-free sample starts and ends, and making seamless loops really seamless. It’s all easy to do but it’s a chore if you have to do it for 100 pad loops in a row.

Complete the sentence. The trick to a good snare is…

…that it fits to the song. And a snappy transient, no DC offset, a healthy fundamental and an interesting tail.

Who makes the best samples in your opinion and why?

When I grew up I used a lot of BHK Samples like the Rough Connections packs. Those had some mad drum & bass breaks. They felt really fresh and Noisia-grade back then. I’m still using some of their drum samples now because they’re so un-compressed with a lot of headroom which makes them great for layering and heavy processing. Push Button Bang has made really unique packs with a high production quality, also Boom Library for cinematic and game sounds.

One of my favourites is this sample: VEH3 Synths Root C 238.wav from Vengeance Essential House Vol. 3. It’s a tiny vocal sample bit used by DJ Snake in the drops of the songs Lean On, Turn Down For What and Let Me Love You with Justin Bieber.

One that really blew my mind was the use of the vocal “Bars In My Phone” from the sample pack Vocal Forge by Zero-G, which ended up being the ‘Right In’ vocal sample in the opening track of Skrillex Bangarang EP. As for my third sample I’ll be lazy and just say the Amen Break. Or check out that 4 Producer 1 Sample video by Andrew Huang where we made 4 different songs from 1 piano sample.

Is it true your samples can be heard on The Manalorian?

Yes! I was so surprised when I heard it. I was just watching the series at home on my couch just for fun and couldn’t believe it when I heard my samples in the soundtrack. This shows a great strength of Splice which is that people who might not know of me as Virtual Riot will still find and download my samples if they’re just searching for a general term like “punchy kick” or “siren effect”. I think that’s how my sounds ended up in the Mandalorian soundtrack.

Amazing. Finally, what’s coming up? What music or future sample packs can we look forward to next from you?

There’s another sample pack coming out on Splice soon, focusing on drum Loops, fills and one-shots for dubstep producers but really they’re universally applicable. Now that coronavirus is doing its rounds I might lock myself in the studio and crunch out some useful packs for everyone, like a rise/fall/impact/sfx pack. Or a whole pack with only processed sounds from my modular, who knows… 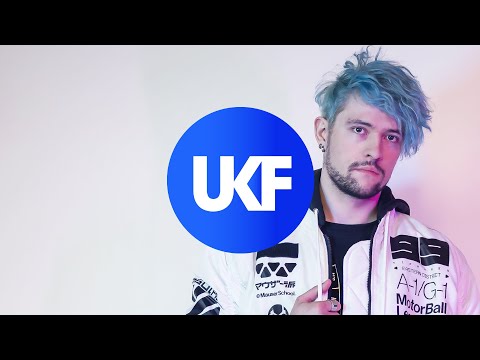 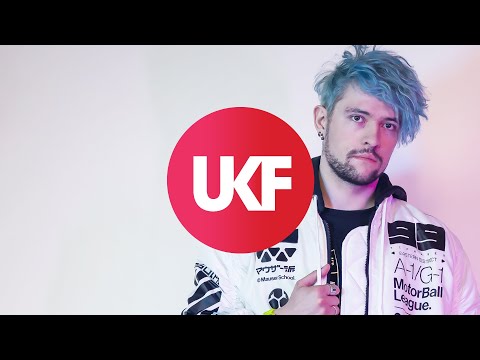 Virtual Riot – Fork Funeral
AUDIO
0 shares
SIGN UP NOW & STAY LOCKED!Sign up to our newsletter to keep up to date with the latest streams, news, and events, all tailored to you.