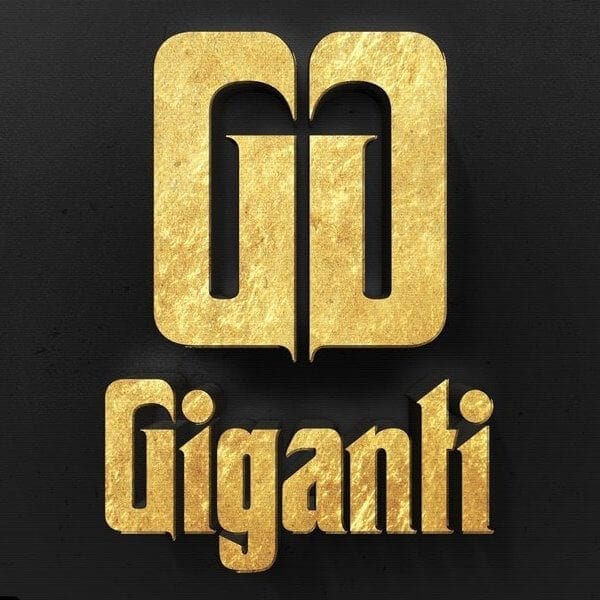 No background info, no details, just confirmation that he’s a known artist operating under a brand new alias that takes its name from a famous Mafia boss.

The tracks do all the chats for now; the skin scorching dancefloor thrasher Face Off and murkier salacious funk up Peacock Strut. They sound like this…

Armed with nothing but these sounds and knowledge we probably already know him from his previous work we sent him some questions to find out more. Read on or forever fear waking up next to a horse’s head….

This is really weird sending questions to someone I may or may not have interviewed before. How does it feel for you?

Yeah, a little strange, I’m still getting used to this new alias business, it’s strange how you form an identity as something or someone else, then to switch it up takes a little while to adjust too. I find a trilby hat helps.

It must feel nice to set up a completely unknown alias. The closest one can get to pressing a rest button or clearing the slate. How would you describe this situation?

Yes it is a good feeling and definitely gave me a new drive. I hit a mental block with my previous alias and struggled to come up with anything fresh or new. But after deciding to press reset I have more ideas than ever and feel everything is of a much better standard than previously. This breath of fresh air also led to Viper signing me exclusively recently so it’s smiles all round!

You appear to have appropriated the name of a famous, and pretty uncompromising, mafia mob boss. You a big fan of organised crime?

If I told you I was, I’d have to tell you I wasn’t. In the interest of your safety I’ll remain neutral. I am a big fan of gangster movies though, and I think I had a mate once who stuck his finger up at a copper from behind a tree.

I guess it’s a good way to keep your alias secret… The threat of a horse’s head in the bed and all that, right?

Yes, it has its advantages. If any one says they don’t like my music, they can be ‘dealt’ with quite easily, my cousin Vinnie is a great fan of the movie Saw.

What’s interesting about Giganti is that he feigned insanity to avoid capture for a very long time. And these tracks, especially The Face Off, are insane tracks. Any coincidence there?

Thank you for your kind words; the family will look favourably upon you.

I like to think that I have my sanity, but that is very questionable given my line of work. I do try to make things as in your face and punchy as possible, and hopefully that translates into my music. I am also experimenting with a slightly more minimal approach, trying to make things huge but with less elements and a generally clearer mix, which I suppose takes inspiration from Jump Up, as those guys know how to make something simple very effective. I also realise people may not agree with that but hey, I’ll send Vinnie round.

The Face Off lives up to its name. It reminds me early Mind Vortex. Proper balls out business. Guess that was the intention?

Yeah, I wanted a track, which would have a big impact in the clubs and also sounds good at home. That’s a key point for me right now, making music with character and something more than just beats, bass and strange sounds. As with the family business, this venture needs to have longevity.

Then we have the really warm squelchy funk on Peacock Strut. You’ve set out a pretty wide stall here in terms of what we can expect from you in the future haven’t you? What else can we expect?

I like to dabble with a lot of different styles and hope to keep doing that in future tracks. The main goal of Peacock Strut was to make a song with groove that makes you move your head and dance like a Peacock. Drum & Bass is a dance music after all, which is something I feel, has been forgotten slightly. So hopefully I see a few Peacock Struts on the dance floors.

You also remixed BMotion’s Something Something on the Viper Bassrush album a few months ago and gave that a massive switch up. Was the remix that sealed this alias deal and made you move forward with the project?

I would say so yes. I had a lot of new music in the works before starting that remix, but once that was done it was definitely a marker for the beginning of something new and exciting. It was also cool to see such a positive response from other DJs and producers.

Will you keep you two names running at the same time, too?  Actually that’s a brash assumption, you might have more than one other alias. Help a brother out here….

Possibly. Again, for your own safety, I’d rather not say. All I can say is, if I do have another alias, it might keep going or might not. Running more than 2 aliases would be quite impressive though; I find it hard focussing on one at a time!

Back to the whole crime thing, if you could form a mob out of your peers in D&B who would they be and why would you pick them?

Futurebound would be on the list; he’s from Liverpool so he’s bound to be good at getting stuck in if a deal was to go sour. Cyantific has a beard, which works for me. I’ve not met this guy, but after seeing recent videos, Akov would be welcome, he’s Russian and likes lots of Vodka. A guy by the name of Asad….. If you know then no further explanation needed. Then to top it off Mob tactics would need to be included for obvious reasons, there’s nothing worse than organised crime without some sort of game plan.

If you could pick anyone from the Viper roster to cook you an Italian dinner who would it be and what would they cook you?

I think it would be Dossa & Locuzzed. If their cooking is anything like their music it would be full of flavour and soul.  I’d have to go for a creamy chicken pasta dish, with a dash of funk, and obviously if it wasn’t up to scratch then actions would be taken.

I think we’ve rinsed this whole mafia / anonymous thing for now. What’s next?

Lots of new music in the pipeline, which should hopefully be out fairly soon, along with another remix! Grazie arriverderci!

Giganti – Face Off / Peacock Strut is out now on Viper