Ever since he emerged from the ashes of seminal dubstep duo 16 Bit as a solo artist in 2014, Moody Good has never been a particularly prolific artist.

As a result of this consistent no-spam manifesto, his less-is-more social media presence and his reputation for working behind the scenes on myriad next level projects (which ranges from producing Bjork’s last album to sound design on movies such as Transformers Ages Of Extinction), everything he’s ever dropped has been worth paying attention to…. Right from his eponymous debut album through to his sense melting sucker punch mix series Music To Go Fuck Yourself To and, most recently, last month’s Goofball EP on Never Say Die.

His first proper EP release as Moody Good since This Is The Investigation on OWSLA in 2015, and his first release full stop since his remix of Noisia’s Get Deaded two years ago in April, Goofball is four tracks of pure bass grit, twisted and fractured in Eddie Jeffries’ inimitable and highly noxious way. He promises us we won’t have to wait another four years for his next EP. In fact we won’t have to wait that long at all. Currently more inspired than he’s been in years, this is where Moody Good is at right now and why we should be excited about it…

You’re back! Where have you been?

I’ve been a deadbeat dad! A full time stay at home daddy and loved every minute of it.

Thanks. I made a conscious decision to take a break, focus on what’s important and refresh a bit. Now I’m the most inspired I’ve been in such a long time. I’m completely back on the music and really enjoying it. I’ve been working on other things that aren’t as Moody Good which have been incredible too. I wish I could talk about them but they’re not quite ready to announce yet. These projects will be revealed down the line and I’m really excited about them.

Awesome. That’s what I wondered… We might not have heard much from Moody Good but I know you’re involved in all kinds of other projects!

Yeah I kept myself so busy the Moody Good thing had to be put aside for a little while. But I never let it completely die. I’d do the occasional thing to keep it active and make sure people knew I was still doing things. I did six shows last year to keep it fresh . But now 2019 is the year. I’m inspired by the other things I’ve been doing so I started writing, I turned the taps on and they’re flooding now. It’s like ‘shit! Let’s get this out immediately!’ There’s more to come.

Nice to have that balance. I bet those six shows were special. For you and the audience…

Really special. It’s a very mad feeling when people still turn up even though I hadn’t been releasing anything or posting shit every day. It is special for me that those people chose to support my shows. I’ve been blown away that people still give a fuck and are interested. It’s nice to return and not have to start again from scratch. No one seems to be like ‘who the fuck are you?’

But you made such a strong impression from the start. Besides young fans who haven’t yet delved into the history a bit, you’re pretty hard to forget. Plus there’s been the Music To Go Fuck Yourself To mixes.

Yeah I enjoyed making them and the whole mixtape vibe. There were quite a lot of ideas there but I didn’t want to make intros just for the sake of it. I wanted it to be just like a kinda high impact mini mix. We used to do them as 16 Bit; just a full blast of new tunes in short sharp punch.

Not everything needs to be made for other DJs to play!

I did end up making DJ versions with little intros and outros but yeah this was more for banging on your headphones, in your car, at home, whatever. Not everything needs to be made with the club in mind.

Was that because you weren’t playing in clubs so much so you weren’t club-focused yourself?

Interesting. I’ve not thought of that and it wasn’t a conscious decision to do that but yeah maybe. It felt right to make those mixes in that way.

Has becoming a dad influenced you musically in anyway?

Not musically, in terms of how I sound, I’m still making some pretty heavy stuff. That was a worry actually, that it would make me go all soft but no. But it’s changed how I work in terms of efficiency. I can’t sit around procrastinating at all now, I have a certain amount of hours to get something done and I’ll sit down and make sure it’s fucking done. That’s changed hugely but musically it’s still the same old Moody Good sound.

You can hear that on the Goofball EP… Were they made when you got back into writing or ideas from before?

A few were made at the end of 2017 but weren’t complete, then over the year I’d jump on them whenever I could to finish them. Sixty Sixty was pretty much done by end of 2017 though so I finished a bunch of tunes around it. There’s a whole batch of things ready to start to come out;  more singles, more collabs. I’m much more focused now and have sicked out my laptop so I don’t have to be tied to the studio, I can get ideas down anywhere if they come to me. That’s been incredibly liberating.

You mentioned collabs. Hydraulix mentioned you in an interview earlier this year. It’s cool that even if you haven’t seemed active, you’re still following the music and in touch with it. Or were there points where you totally dropped out?

For about three months around my daughter being born I couldn’t give a shit about music but all the time I’ve been watching, listening and following, lurking in the background. A lot of people who make the music are friends of mine so we’ve kept in touch and with Hydraulix I actually got in touch with him to tell him how sick his Headbang tune is. We started sending ideas back and forth and that’s been working very well. We’ve got a few collaborations coming, which is sick. But yeah goin back to the question, just because I’m not posting about it, I’m still loving it, still into it…

I like it. There’s an air of mystery then. No one needs to know what Moody Good had for breakfast.

Ha. It works for some DJs, it doesn’t for others. I’m just like that. I do have a troll Twitter account that no one knows about though.

That adds to the mystery even more! So what’s coming next?

There’s a lot of stuff coming. I can’t mention the labels it will come on and I don’t want to namedrop too many other collabs, but I can tell you I’m working on a collaboration with Bassnectar which is sounding really cool.

I fucking am mate. It’s great and nice to be back, taking a break was the right thing to do and now I’m back I’m like ‘wow I’ve missed this.’ There’s more music, more shows, there’s a drone album which I’ve almost finished, just loads and loads of stuff. Hopefully I can reveal more very soon… 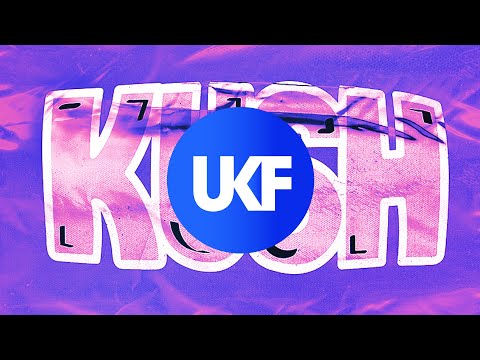 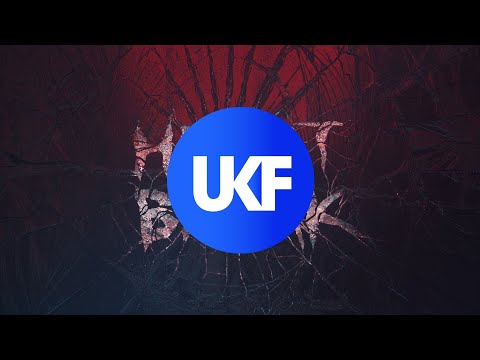 Moody Good – Buster Island
AUDIO
0 shares
SIGN UP NOW & STAY LOCKED!Sign up to our newsletter to keep up to date with the latest streams, news, and events, all tailored to you.