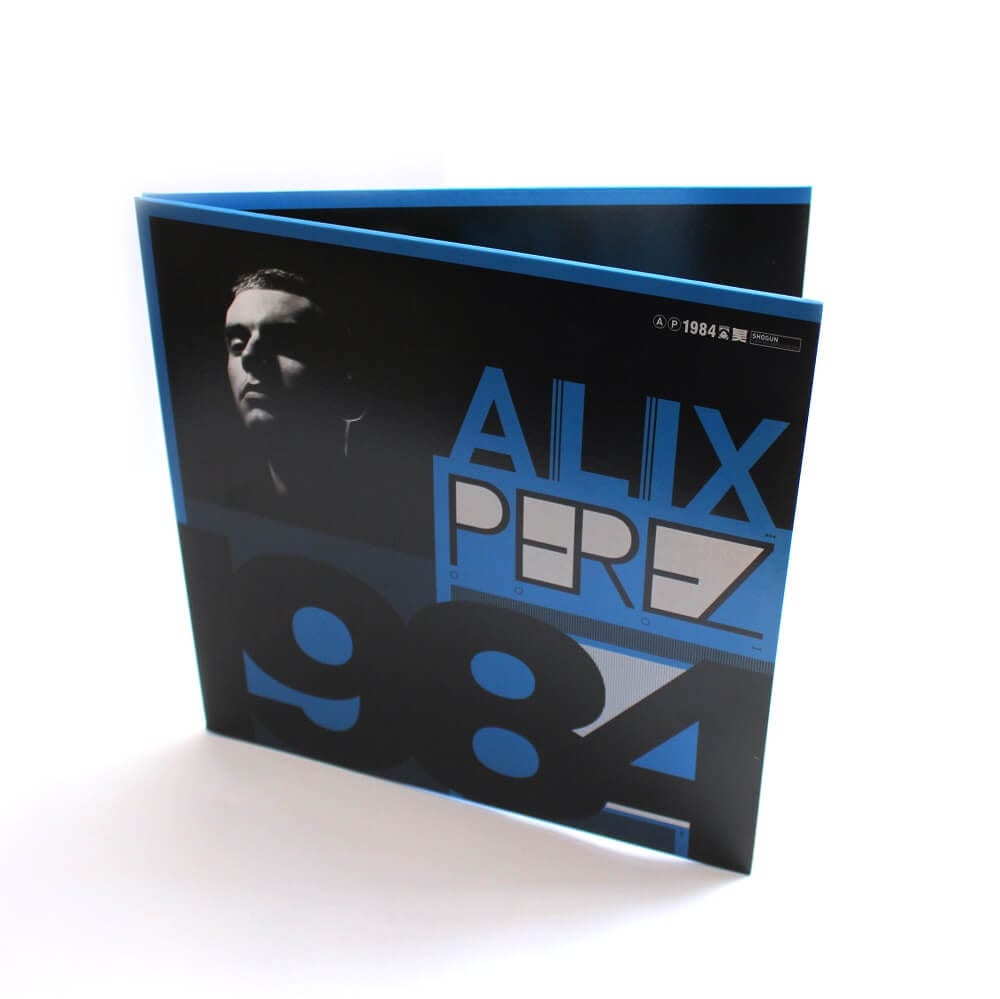 Having emerged in 2005 on labels such as Horizons, Fokuz, Spearhead and cult imprints like Fabio’s Creative Source and Irish label Bassbin (where the likes of Breakage and Zero-T cut their teeth) Alix came through with a predominantly soulful, sample-heavy sound. It was his move to Shogun Audio two years later in 2007 that became a turning point for the young Belgian-in-London. Two years – and several seminal singles such as Down The Line and Stray – after signing, he dropped 1984.

It did what all debut albums should do; not just celebrate and summarise what’s come before, and what’s expected of it by fans and peers, but also build on that and show a much broader picture. Effectively elevating the producer from bangersmith to proper artist.

In fact 1984 achieved more than that. Huge tracks like Forsaken (with SpectraSoul and Peven Everett) and Contradictions took root in the barbed-soul sound he’d first come through with. Stark steppy minimalist tracks like Voices and I’m Free opened up the much more glacial, darker path he’s often found swathing down. It also includes a host of off-piste excursions such as the rolling techno of No Grudge (with Truth and Lynx) and ice cold grimy halftime such as The Cut Deepens (with Foreign Beggars) setting the parameters for the consistently fluid, ever-mutating style he and his 1985 label have become synonymous with.

You could argue it captures the spirit of the time, too; in 2009 drum & bass was going through a similar ‘anything-goes’ era to what it is now. Then-young labels were coming of age and bringing through a new generation of producers, many of whom were all reaching their debut album stage in their career, dubstep was influencing different sound and tempo variations, Autonomic was bringing new sounds and ideas into the mix and early chart hits by the likes of Chase & Status were ushering in a new generation of fans. Many of whom have since become new-gen artists who would cite this album as an influence on their own sound.

Most importantly, though, it captures a moment in time in Alix’s own career. If you look back over everything he’s achieved since… with 1985, with Shades, with his myriad collaborations and playful sense of musical unpredictability, with his second album Chroma Chords that came four years later, the list goes on… This is where everything took root. This is where he became a true artist. We asked Alix to take us back in time…

What’s your relationship like with 1984 and how has that changed over the years?

After I made it, I left it alone because I was so sick of it. I spent so long on it that I lost any kind of perspective of it. I couldn’t tell what it was anymore. But looking back now? I’m glad to see it’s stood the test of time. People still talk about it, so I guess it’s had the longevity I wanted it to have. I’m happy it still sounds relevant now and never expected it to reach this far.

Returning to it recently, the timelessness of it struck me. You can never forecast that can you?

Timelessness is a big word and I can’t comment on my own music like that. But it does stand up at the moment. If was being picky then I’d mix things down differently in places, I’ve evolved as a producer since then. But musically and creatively I’m proud of it. It’s a very varied body of work and that’s a scary thing for a first album. I’m glad it was well received and people understood it for what it was and still is.

I remember an interview with you back then when you spoke of the importance of composition and creating your own sounds. This is the seeds of your signature that we know now…

I think the key thing is that it has contrast, which I’ve always been drawn to. There’s the dark aspect but I’ve always loved the lighter side of things as well. That sense of contrast is always going to surpass everything. It’s important to me. Music itself, chords and other things produce feelings like nostalgia, happiness, all kinds of feelings. I’ve always been inspired how music does that to people and how it affects people differently from person to person. It’s that sense of happy and sad, the melancholy that is my favourite feeling or emotion in music. That’s what you can hear and feel.

Yeah, that’s reflective of the human condition. Nothing is ever always happy or always sad.

Another striking thing about 1984 are the collaborations. Vocal legends like Ursula Rucker and Peven Everett. They don’t appear on many drum & bass albums!

Having those people on the album was a huge thing for me and one of my happiest moments with the album. The fact they were into the music and wanted to work on it. Especially Peven, he was such a big inspiration to me. Still is now.

Were they easy to get on board? Ursula’s voice has been felt through 4Hero collaborations but I don’t think Peven’s ever collaborated on another D&B track since…

The Peven collaboration almost didn’t happen. Myself and Dave from SpectraSoul drafted a very long personal email addressing the track and explaining how much we look up to him as an artist and why we wanted to work with him. From an artist to artist level I think he appreciated that and agreed to work with us. But there was a chance that might not have happened. I really wanted that track to come out. In comparison, Ursula was a lot easier to connect with. Our people got in touch with her people kinda thing. Fortunately she was into the track and she was amazing to work with. It’s really nice when you have those moments collaborating with people, especially ones you look up to.

Love the fact you effectively wrote Peven a letter!

Yeah we want to let him know personally. Shogun had been in touch with him and it didn’t look like it would happen. But an artist getting in touch, as opposed to a label making a request, was a lot more personal.

The album was very personal wasn’t it? It rounded up everything that had come before. Everything that musically made you prior to that moment.

Yeah I guess it did naturally, but I also see it as setting things for the future. The Cut Deepens with Foreign Beggars, for example, started a series of collaborations, tracks like Myriads were the start of me doing the minimal thing which I still love pushing now. There was a lot of sample use in there, which I’d definitely come from as a producer. I’d say it was a mix of past, present and future.

Have your persy favourites from it changed over the years? And when was the last time you listened to it?

I can’t say I ever listened to it from start to finish that often. I’m funny with my own music. When I’m making the music I’m listening to it over and over. But once it’s done, unless I’m playing it in a DJ set, I don’t listen to it much. I don’t know if that makes me strange or not? I can’t really explain it.

A lot of artists have said this in interviews. Do you have favourites though?

Forsaken is obviously a big one. I’d say Contradictions strikes that melancholic thing I was talking about. Those piano samples are a good example – very sad but happy at the same time. that captures what I’m trying to express, it encapsulates it really well. Portraits Of The Unknown is another one that’s quite sentimental to me. It’s sad but quite uplifting. I’m still a fan of I’m Free, too. I still play it now and it stands up.

What did you take from 1984 going into Chroma Chords?

The second album is a strange one. You don’t want to repeat yourself and you want to move forward as an artist but what you want and what people expect are a bit different sometimes. For me my second album is quite a departure from the first one. I like that. I listened to parts of it for the first time in a very long time the other day and I was like ‘wow okay’ this is interesting. I couldn’t even quite remember parts of it. It’s a snapshot of where I was at the time. I’ve always done my thing as an artist regardless of whether it keeps people happy or not because it needs to keep me happy as an artist. I need to feel like I’m developing as an artist. Otherwise it’s pointless. Reiterating things again and again. You have to develop. I can’t be linear. It’s why I release different tempos, I collaborate, I have other projects. To keep myself sane.

Yeah and I try and approach writing in different ways all the time because of this. I never want to fall into habits or certain formulas. I need to keep my mind interested and excited. Like anything, it can become very routine and typical. I try and stay away from that as much as I can.

Is a third solo album on the horizon in any way?

I’m sure there are more albums in me but I don’t feel ready for another one yet. I’m very busy with everything I’m doing, the label and EPs and collaborations. I’m enjoying writing EPs because they’re not so time consuming. An album is so much work. I become obsessed with it, it’s very consuming in different ways. I haven’t got the mental capacity to commit that much at the moment. But I’m writing all the time so who knows? If I suddenly I realise that a body of tracks could work together as an album then maybe, but I’m just enjoying writing tracks right now.

It does sound like that from your releases, too…

I do feel a lot more accomplished as a producer. I’ve always been unsure of myself and not completely confident, but I do feel like I’ve improved. I don’t mean that like I find it easier to write, but I’m developing my own ways of doing things and they’re working for me. I feel good as a producer. Of course this could change overnight, as every producer knows, but right now I am happy. In drum & bass things are good; there’s a lot of great tracks being made, new labels are forming, music is being played well in advance again. We don’t care about playing promos early so much at 1985. I think it’s important to let music build a buzz again, you know!? I’m feeling very positive about things at the moment, yeah. 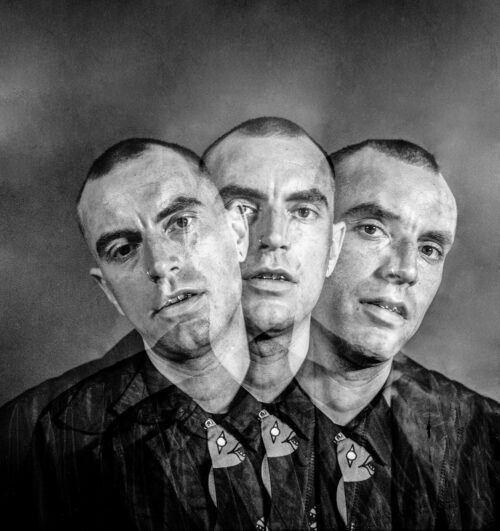 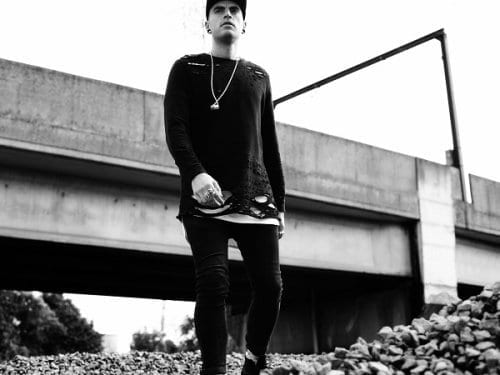 Alix Perez: “Expect a lot of music from me this year”
WORDS
744 shares 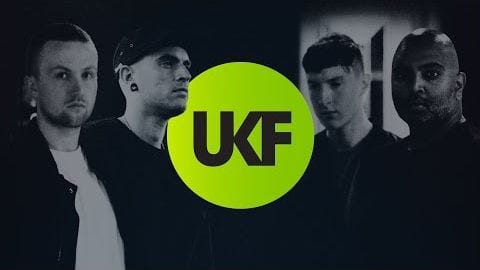 Alix Perez & Ivy Lab – Arkestra
AUDIO
0 shares
SIGN UP NOW & STAY LOCKED!Sign up to our newsletter to keep up to date with the latest streams, news, and events, all tailored to you.