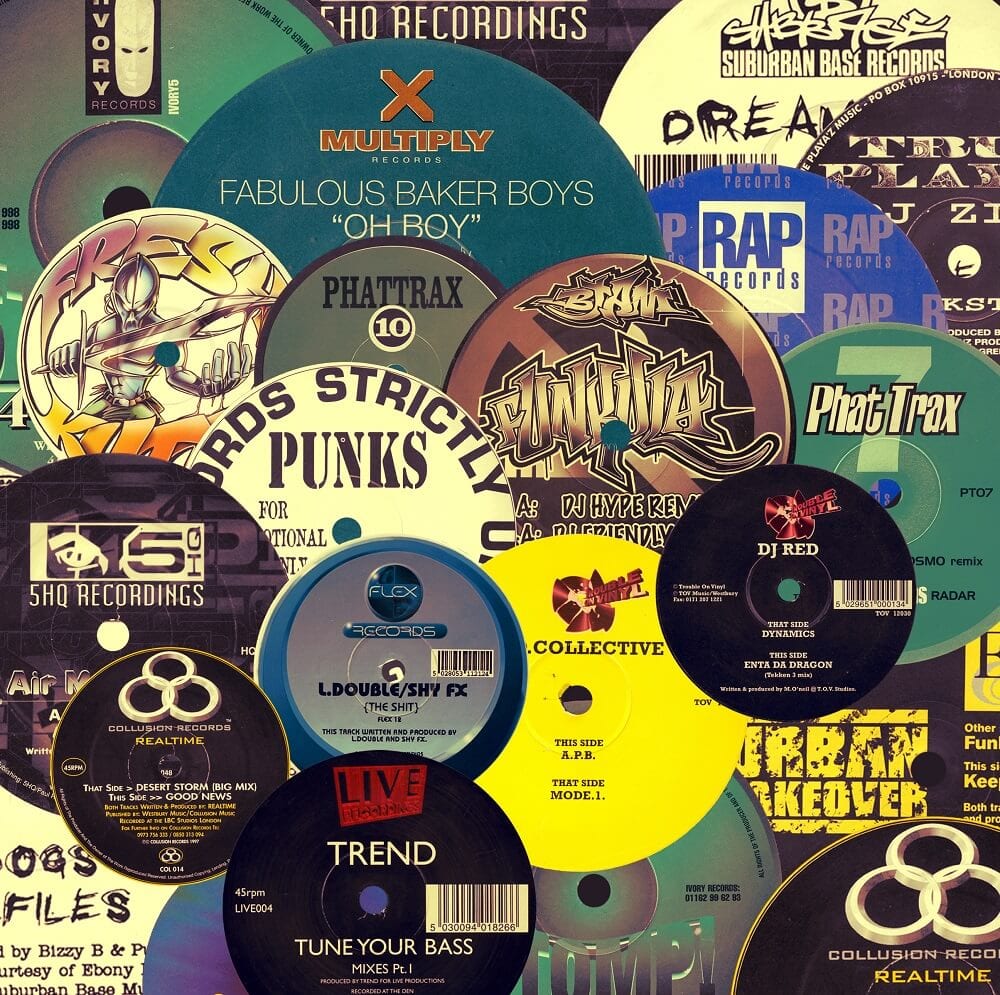 Rewind: It’s the mid 90s and jump up is in the thick of its first and, many would argue, finest chapter.

Big hip hop samples, even bigger basslines, records that cut to the chase and were made for mixing creativity; jump up was one of the first true subgenres to come from the then-burgeoning drum & bass and jungle movement. It appealed to the vast majority of popular labels at the time and brought in a whole new generation of drum & bass heads.

In many respects, the original sounds of jump up are still a dominant influence on producers today with strong elements of bassline elasticity and that classic rolling vibe that’s once again become the vibe du jour in D&B… And has been amplified by another return of jungle influences.

As well as being one of the first subgenres of drum & bass (bar, perhaps, the cringe term ‘intelligent drum & bass’) it’s also been the most enduring.  And while it’s enjoying more exposure than it has in years, it has never ever gone away. Forget your foghorns for just one second and enjoy these 20 lesser spotted but hugely influential records of the era. Spoiler: none of these tunes were influenced by DJ Guv’s Warning.

From the flexed out intro to the devastating double bass drop, it’s clear to hear why Hype was on top of his remix game with this one. Sliced and diced vocal samples topped it off to perfection.

Shy FX, under his 45 Roller guise presented a scratch opportunity like no other here and the DJ friendly intro was just the start of something fresh for ‘98. If you enjoyed Bambaata then this is the alternative lick.

The original and certainly the best version of Punks combines some well known hip hop vocal samples with simplistic breakbeats and a walloping low end bassline. One for the lighter crew if they haven’t packed in the ciggies yet.

Send for the Ambulance! A sort of Blackstreet-come-monster-chainsaw-bassline combination; this was slept on by far too many DJs at the time. Criminal.

Master of the switch, DJ Zinc really proved to DJs that you could play a track for more than 20 seconds. Back when copy, paste, copy, paste wasn’t a studio essential and sub bass most definitely was.

Perhaps most famous for getting so many of us asking for “that tune with the dogs talking”, this is a true hardstepper of a track that begs to be pulled up, even to this day.

Sending indirect shots in all directions, L Double and Shy FX were fully representing for the corner lurkers. Memories of World Dance are splashed all over this for many 90s ravers.

Clayton Hines is best known for his labels Trouble On Viny, that was hugely active and influential during the burgeoning jump up movement, and of course Renegade Hardware. He also dabbled in the studio as IQ Collective and put out a whole string of cuts on TOV at the time. This one caused serious damage.

Krust laces his distinct flavour over this impressive, yet pretty rare bootleg under his Glamour Gold alias. Rumours of an official release were originally kicking about although this one certainly didn’t go to waste.

DJ Red certainly crafted his own unique style. This one, with its distinct warping twisted bassline, was one of his most twisted jump up creations. Dangerous!

Hardcore legend Ellis D certainly carried things further into the world of drum and bass. And this tune, released on his label co-owned with Swan-E, was another hip hop influenced dancefloor ripper.

Kool FM flavours: In fact this tune screams pirate radio full stop because it didn’t seem particularly well supported in the bigger raves. Certainly worth sticking into selection, though. Stick an MC over the drop and you’re laughing.

Master of the cut and shut, Aphrodite certainly has countless jump up anthems. This official remix (hold tight SoundCloud and its algorithms) does exactly what you would expect. Plenty of DJ friendly switches, a ton of chopped up samples and the staple Aphro bass.

Macko was best known as Trend, the legend who brought the world 2 Degrees and represented hard during his time in drum and bass. This one was a Hyper D igniter and will always demand a reload. Turn your bass to up and rest in peace Trend!

While this 12 was best known for Enta Da Dragon, Dynamics on the flip was straight up murderation.  Instant self combustion whenever it was dropped. Guaranteed.

Congo Natty had to be in this list but it was a tough choice picking which track. This ‘98 relick, however, always brings back memories of Jungle Fever when this style and flavour were all over sets from Blackmarket and Kenny Ken. Massive.

Def Jammer appeared on the flip of the famous Human Traffic tune Stalker and was probably overshadowed a bit for that very reason. Check it though and you will soon realise that it’s one hell of a track from ‘99 that combines all of the best elements of the true jump up sound.

For a while Prisoners Of Technology were champions of the scene and literally everything release from the label was pure fire. Championed by Nicky Blackmarket and rinsed by most at the time, this track from the Bass 99 EP was, and still is a monster. Elastic bassline a run.

Another latecomer to the party, Dungeon Master pronounced the requirements for experts then vanished from the production scene entirely. Shame as this was a real stomper of a track that really didn’t get the support it deserved at the time.