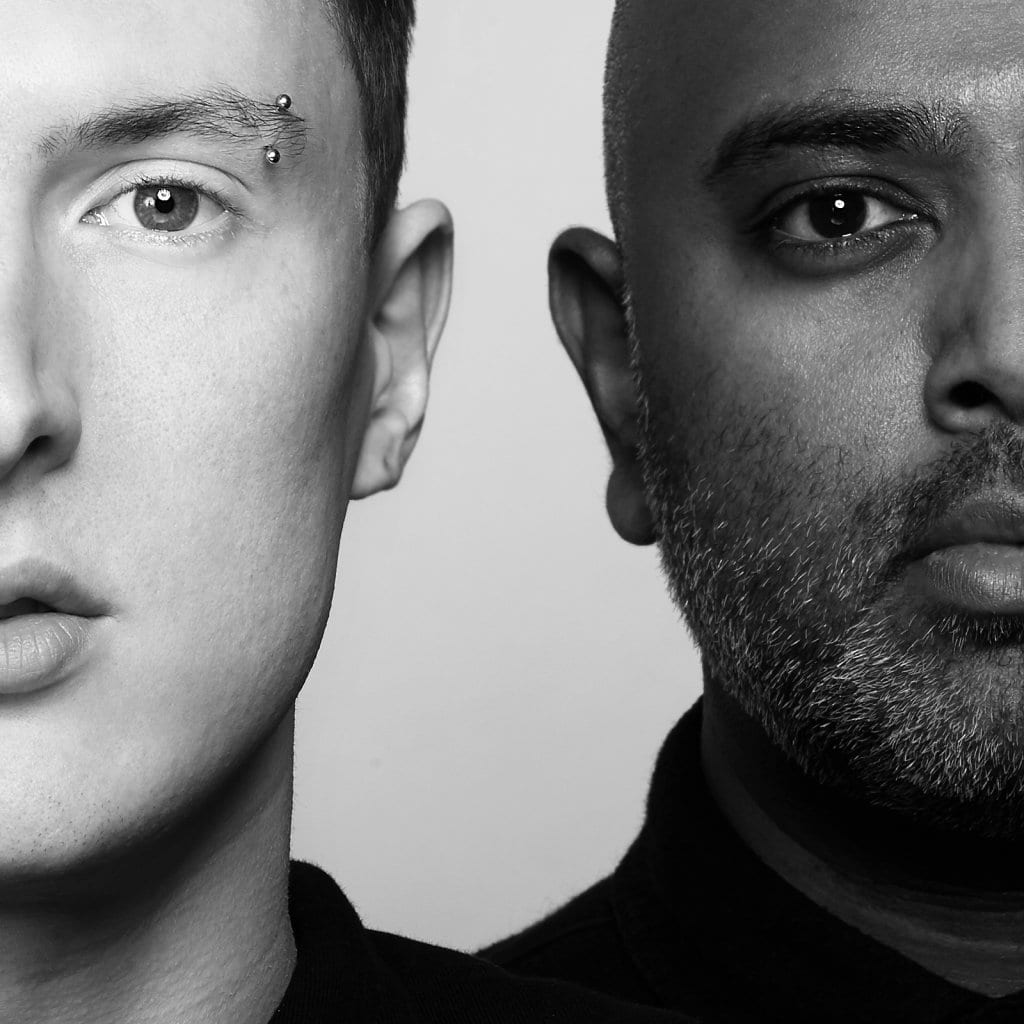 From collaborating with the eminent Amon Tobin to writing unusually bright and vibey summer EPs to their first full rapper collaborations, 2019 has been another potent year for Sabre and Stray.

Building on their massive year in 2018 – during which they went from trio to duo and released their debut album Death Don’t Always Taste Good – this year has seen them venture further into the musical unknown as they continue to make major bids towards the rap realm their beats have often inspired by.

Next year has potential be another potent one for the London duo. Not only do they have what appears to be a rather large – but as yet un-announcable – iron in the electronic/rap fire but 2020 also marks five years of their label 20/20. “There’s a lot of pressure of having a record label called 20/20 and having a noteworthy anniversary in 2020,” as Stray says in this interview. But with the new, more spontaneous approach to releasing music they’ve developed this year, you get the impression they’ll take it all in their stride and drop the right beats, for the right times.

As their latest EP Space War currently cranks up some unapologetically dark heat, shutting down one decade and setting us up for a new one, we called Sabre and Stray to look back over their year and the exciting musical crossroads they find themselves at right now…

Sabre: We put out a track called Gunk which was our first rapper-fronted Ivy Lab release. Musically it was a weird track. Quite an out-there choice to be our first track to merge into that world. It was a calling card to say we want to do more rap stuff and to let people know this configuration is happening and we intend on being open with it.

Stray: We were really happy with that track. On the flip side it had Jinxed, which was more in-tune with the wonky dancefloor tracks people knew us for. We wanted to create a balance with the release.

Did it open the doors you hoped might open? And big up IceColdBishop too…

Sabre: He’s become a well-regarded hot commodity in the LA rap landscape so we’re privileged he worked with us so early in his career. It did open up some doors in as much as it exposed more people to the idea we’ll be working in this territory. That’s an industry statement as much as a statement to our fans. It was a calling card to say we’re available in this field and that’s certainly happened. The logistics and diary aspects make it a different challenge. But without revealing too much, because we can’t, it has set us up for an interesting 2020.

Sabre: We’ve now received the endorsement of some big institutions who understand that the rap world and electronic world are merging. They understand that the people who get on board during these early stages will have an influence on how this new world will take shape.

Stray: It’s also been an exciting exercise working with a rapper and writing in this way. We haven’t done that many times, it’s new for us.

Sabre: There’s a different process between working with a singer/songwriter and a rapper. It’s a different psychology, there were thousands of miles between us, he has a team who answer for him. There’s a few more moving parts to make this happen and we’ve had to get used to that and learn from the experience.

Start of something bigger and uncharted. There’s a lot of risk in that isn’t there?

Sabre: Absolutely. What we’re doing is incredibly risky. Moving from drum & bass to the hip-hop style music was a big leap in itself. Now doing this is another leap. We risk alienating fans who are very keen on instrumental music. We risk embarking on something that hasn’t been tested properly. It’s been considered for a long time, the fusion of electronic music and rap music keeps rearing its head, but it’s yet to coalesce into a tangible thing. Being there at the start of it is an exciting prospect.

Stray: At the same time, we’re still keen to keep rooted and doing the instrumental stuff as well. Next year we hope to find that balance. Maybe like how Gunk and Jinxed worked.

Sabre: One thing we know is that next year will pan out very differently to previous years. We’ve always traditionally been programming our music quite far in advance, but a lot of people who we collaborate with don’t think like that. If something needs to come out in two weeks, then it will. We have been taught to embrace that reality. Part of the charm of working this way you allow things to be out of your control a little, organic factors control the fate of a new release which is much more creative and spontaneous than the old way we worked. It’s fun and a new energy. The recent EP even came together in a very different way as a result.

Stray: The format was different. It wasn’t even going to be an EP at one point. It all changed in the last minute.

Sabre: That would have been terrifying before, but you realise it’s not that big a deal.

Collaborating with Amon Tobin must have been though. Tell us about Orange…

Stray: That taps into what we were talking about. Orange was one of the quickest processes we had. The turn-around between being with Amon in his studio in LA and it being released was about 10-12 weeks. We felt excited by the project and decided to strike while the iron was hot. I came back with all these impressive stems we’d made on Amon’s modular set up. We sent the ideas back and forth, Amon has a very collaborative spirit, it was a really fun process.

Sabre: About a year ago videos started popping up of him playing Ivy Lab tunes. When Jinxed came out in March we saw he was playing that, then by April we were booked to play a show with him.

Stray: I got chatting to him backstage. I remember connecting with him more than I expected to. I was due to be in LA the week after and asked if he was around. The relationship started to solidify from there and the whole thing came together incredibly quickly.

Sabre: Yeah it dropped in the middle of summer and all the tracks had a bit of a sunshine element. It was almost quite seasonal with the music fitting the mood of the era. It was suggested to us by management and we weren’t sure about it to begin with.

Stray: We’ve always prided ourselves on having that dark and light contrast in our music. We weren’t sure we could work with these restrictions, but it worked. It turned out to be a great idea.

Sabre: And as a result it meant we cleared our cache of soulful stuff so the new EP Space War comprises much more of our darker material.

Nice contrast between the releases…

Sabre: Unless you found us from the Stars EP and you’re expecting more of that vibe then this is a real departure. New fans will soon learn we’ve got both sides to us and we’re working out how to frame that. Perhaps we will release more EPs based around light and dark concepts in the future.

You can’t quite reveal what’s coming up, but I guess you’re always working on building up your cache, so you have a range of things to decide to drop in that spontaneous way you mentioned before?

Sabre: Exactly that. We’re now in a very collaborative process with people where things are out of our control a little. So if nothing is ready by March we can do some quick thinking and put out something else we have that fits. It’s also five years of 20/20 next year, so we’ll be focussing on that too.

Stray: There’s a lot of pressure of having a record label called 20/20 having a noteworthy anniversary in 2020.

Sabre: It has. And the musical character of the label, its agenda and the boundaries it pushes has developed so much over that time, too. The idea originally was to build a little crew of five or six acts who supported this movement. It was a big collage of labels all working in and around that interesting area of hip-hop, halftime, beats, footwork when we set up. But, as time went by, the coming together of those genres didn’t stay quite as unified as they did at the beginning. Now the labels are more like islands of their own rather than colonies, so we’ve embraced that and adapted the label. We’re all in different spaces now, which is healthy. Labels and movements should develop like that.

What else has inspired you musically this year?

Stray: Jpegmafia has been really inspiring. He’s one of the best to represent the potential between the electronic and hip-hop realms.

Sabre: We’ve been playing his music for a long time. He’s had some great momentum this year and he’s brought in a few people with him too. The whole alt-rap thing is coming to fruition right now. There are a lot of really interesting artists doing things at the moment, it shows a strong willingness of the rap world to take on new ideas. And on the flip side, the whole lo-fi beats thing has been interesting, too. There’s so much of it, but so few of the artists are rising their heads above the parapet. It’s a fascinating scene. The whole environment of instrumental hip-hop has become very open minded. I’m enjoying a lot of drum & bass this year, too. A few years ago it was hard to find things I enjoyed but there seems to be a lot more now with some of our original peers really pushing different sounds and seeming inspiring. It’s great to see. You listen to a lot of techno don’t you J?

Stray: Yeah I do and I’ve been to quite a few techno nights this year. I’ve found that inspiring but day-to-day I consume music differently to Gove. I listen to a lot of radio and playlists and don’t follow the ins and outs of the electronic music or rap scenes quite so closely. Obvious I do as a selector, but in terms of my listening habits, I’m finding music that’s new to me but not necessarily new.

But in terms of new Ivy Lab, we’re going to have to wait…

Sabre: We’re negotiating something and that’s all we can say for now but it’s a really exciting time for us, and more of the new realm we’re exploring. We’re looking forward to showing you next year… 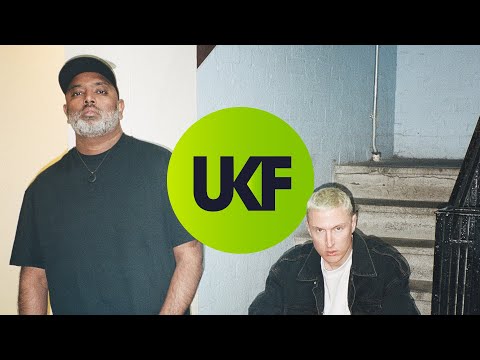 Ivy Lab – Options
AUDIO
0 shares
SIGN UP NOW & STAY LOCKED!Sign up to our newsletter to keep up to date with the latest streams, news, and events, all tailored to you.