One of North America’s biggest drum & bass MC exports, everything was locked in for a blinder… Killer collaborations, a fire mixtape, bookings across the States and Europe, and loads more. Then in May a freak accident put an end to his best laid plans as he ruptured his patella. Bed-bound for weeks, in recovery for months, his year didn’t go quite the way he wanted it to.

But things didn’t go as south as they could have done for the distinctive hip-hop rooted, vibe-wise MC who works closely with V Recordings…

After a few months of painful recovery he started to hobble back into action; he delved into making videos such as the one he made for his Random Movement collaboration Living In A Dream, he also leading the charge on a dope US Car Barz edition alongside fellow US MC heavyweights such as Armanni Reign, MC Astro, Dre, Woes, Josiah Scribes, Valiant Emcee and Zezo One.

Now close to full recovery, he’s gearing up for an even bigger vintage in 2020. We called him up for his unique take on 2019 and his thoughts on the rise of the US D&B MC. Get to know:

Things didn’t go quite as you planned this year, right?

You could say that. I felt I had great a plan. I’d just dropped my mixtape, I had a lot of things lined up, I was going to head to Sun And Bass then tour across Europe but all that stopped very suddenly when I ruptured my patella.

How did you do it?

I was doing the goodnight thing with my little girl and we got creaky floors so I was trying not to wake her up but I was almost being too careful… I was creeping away and somehow missed a bunch of steps. At the time I thought it was something as simple as ‘well I can’t find my kneecap so let’s call EMS and see if they can.’ When they got here no one wanted to touch me bro. They were looking at it like ‘what?’

You can’t forecast this stuff!

You can’t. I had to cancel a load of shows. Luckily the promoters were so kind and had my back. One promoter said he got eight muscle bound men to lift me up if I needed them!

Ha! Did you do gigs sitting down?

Bro, I couldn’t move for a while. The problem is our healthcare system is a bit weird. So I was going through anxiety, trying to get an answer from my doctor about when I’ll be on my feet and they kept saying it’ll be by the end of the month. Then it was a few months, then a few more. I just thought ‘fuck it’, decided to take the risk, go west coast and see what happens. I hung out with Submorphics and did a few things. It was a test. But when I came home my leg looked like a huge meatloaf, so I had to take it easy. But to be honest, the support I had from my friends was heart-warming and made me feel good. That support pushed me to get back on my feet.

I guess for a while music was far from your mind during this!

Pretty much. I was on fire at the beginning. Smash Through The City was out with Alibi and Serum, The same with “No lights” with Me and Fats going back to back. I was in a good space and was planning out the mixtape situation, going in on it and playing around with a lot of ideas so I was happy to get to that finish line. Then the Believe single with the Beat Merchants happened and then this happened. Yeah for a while music wasn’t the first thing on my mind. But it wasn’t the last either.

Did you do the Car Barz video when you were recovering?

I did. My girlfriend was pushing me to do this. I think she got tired of me moping around. She found the fabric for the green screen and pushed me to do it. I didn’t think we’d pull it off but she helped me in and out of the car so I could do the three takes. I was one legged, dragging myself around the car would have been impossible!

How did that all link up?

Now that’s through Dre on the west coast. I didn’t know we were doing Car Barz episode. I thought I was doing a few tunes with Armanni when he mentioned something about a collaboration. I said ‘lemme do what needs to be done’ and that’s what it turned into. Car Barz is a good series, it’s great to be part of that. There’s some dope MCs on our episode, I’m proud of it.

Oh man there are so many ways to tackle that one. I would say I’m happy with how Europe is acknowledging us in a way like ‘these guys are trying to be themselves and not trying to sound like UK MCs’ We’re all trying to be our own individuals as Americans representing jungle music. That’s what they appreciate over anything else. And of course you got guys like Armani right at the top level as a top spitter, myself and everyone else involved in that rapping at a level that it spoke for itself.

I’ve spoken to a lot of North American artists recently about the US scene but not about US MCs. Big up the scene…

I gotta give it up to the king of the south MC Astro. He’s finding his way, he’s making amazing tunes and I love what he does. West coast is rocking with talent with all those guys who rock Respect from Dre to Woes and all those cats. There’s Valiant Emcee in Buffalo/Toronto area, who also been interviewing all the vocalist of D&B on his podcast. Question Mark in the north west… These guys all rep their towns and keep it bubbling. The thing I love about drum & bass is that not everyone is a lyrical wizard. You don’t have to be.  I mean do you have to good enough, but you also have to host and hold it down and control the crowd. That is your main job. Anything else is just part of your signature. I also have to shout out Sofi Mari who’s holding down in your area right now. She’s becoming a monster so big up to her.

Yes! Are more of your peers moving towards the studio like you and Armani have?

I know Astro is touching the right nerves and has worked with guys like Command Strange and Satl. He’s the next in the list of people taking off. I’m curious to see how the west coast guys develop it. When it comes to the states, LA is the cherry on top. They have a very fruitful scene, I know they’re working on projects. I can see things happening, it’s just a matter of when they happen.

Things are happening in the US full stop it seems….

I don’t know what it is but we’ve definitely stepped up a notch. There’s a lot of hip hop guys looking in and seeing how they can incorporate it. We still got so much work to do though. I don’t want to jinx things, but I would love to see D&B doing one of these big festivals. Like a stage at Coachella. Something of that magnitude. When we’ve achieved that we’ll know we’ve pushed it up a notch for real. The thing is most of America knows what dubstep is before they know what jungle drum and bass is. That’s been the deal for years but it’s definitely changing. Slowly!

It was massive in the US for years but I guess dubstep took a generation away?

As much as it took away it gave back. It was all those slow motion and wobbly vibes and it carried well for a while… Until the suits arrived and talked Grammy this and Grammy that. If I’m frank drum & bass was on its death bed here for a while. I remember reading an article saying you’re crazy if you’re paying for drum & bass out here in New York.

We came out of the grave and didn’t know it! I think there’s been a reinterest in things in recent years, people are experimenting again, there’s a new generation. There’s a lot of factors in the mix but it’s healthy and exciting.

You’re back in good health now too. So I’m guessing your plans are recalibrated for 2020?

I’m looking forward to making 2020 the busiest time in my life! I got a remix project we’re working on for my Life In Motion album. Me and Marc Mac from 4Hero have got a little hip-hop project happening, it’s the follow up to the album we did in 2011 called The Network so that’s been fun. I got another project I’m working on with the talented Maverick Soul that im excited about. Yeah theres’ some strong stuff coming up along with singles and everything else. I’m picking up the slack! 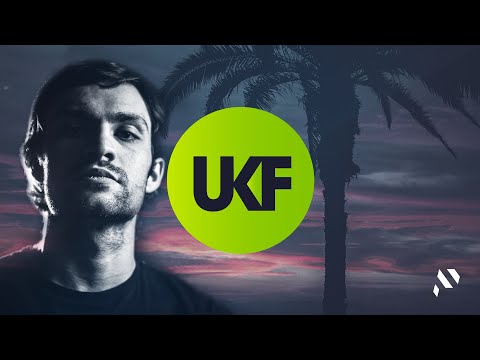 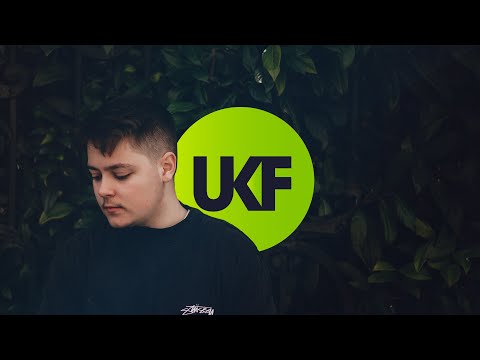