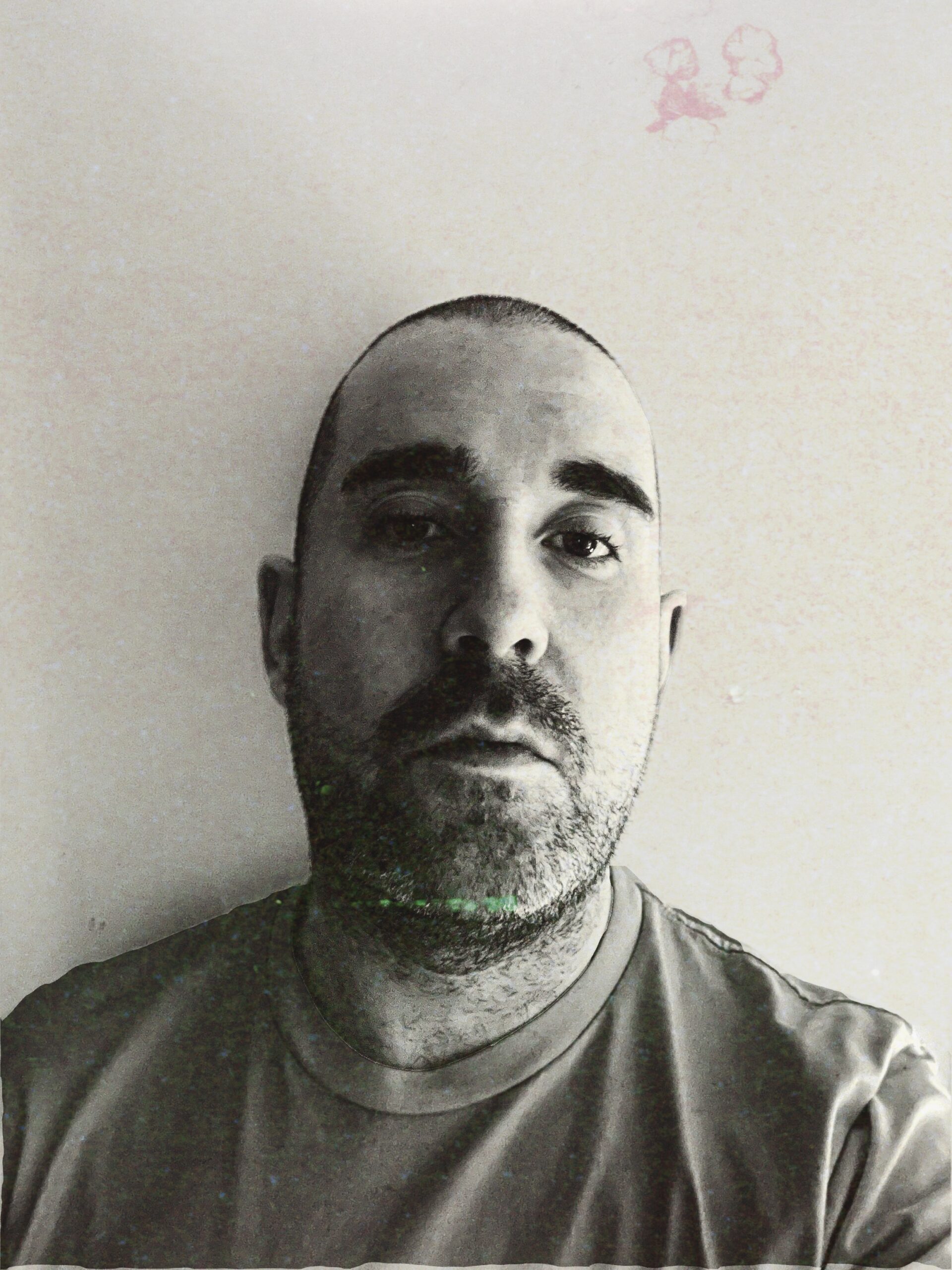 Have you ever found yourself wide awake on the sofa at 3am about to watch yet another ‘just one more last episode’? No need to answer, we know you have. There’s something ever so alluring about that continue watching button, skipping the intro to gain 30 seconds of our lives back. What makes those box sets so appealing? Well, Dub Phizix reckons he’s cracked it- and he’s delivering it to us in music form. The Winter Songbook is a collection of tracks that have been released one week at a time, but all the tracks seamlessly blend together in the same vein as an episodic television series.

We have a chat to Dub Phizix about this interesting project, and his future plans.

Yeah, good. Cracking on. Just not been doing as many gigs this year. Trying to get back in the studio really because that’s what I do. I  do enjoy DJing, but I’m a producer first and foremost and I’m trying to make sure I do  that more than anything.

So have you not had that many gigs at the moment, you’ve not been taking any?

I think, like a lot of people, lock down really made me think “What do you actually want to do with your life?”. I do love DJing but, I had a mental list of all the stuff of what to do as a DJ when I started out and I’d done most of it. And then I looked at the stuff I wanted to do in the studio and I’ve not even scratched the surface. I know,  I’m gonna have less money, but I’ve been able to get back in and do it.

What else do you want to do in the studio?

Well I’ve never done an album. I mean, it was more so I wanted to do some long players and explore some other stuff… working with real instruments and session musicians, and also just working on other things that aren’t drum & bass.  I’m working with these guys called Cooper T. They’re somewhere between The Specials and Black Grape with a load of other influences in there too.  And then Salo…

Yeah, she’s wicked. What a lot of people don’t realise is that she’s an unbelievable songwriter in terms of stuff outside of drum & bass. She plays keys and she’s like a grade eight piano or something. I’ve been working with her and Chimpo on her stuff and I can’t wait for people to hear it.

I’m trying to not do loads, because I think you can spread yourself too thin. But being from Manchester, there’s just a wealth of amazing talent here. I look at the great artists we’ve got here and think, I could really help you. There’s a lot of people where there’s raw talent, but it might need pushing in the right direction a little bit. And it’s funny because in Manchester we’ve got all the artists but we don’t really have the infrastructure. There’s not loads of labels and not loads of press. There’s not loads of publishers, there might be one or two but it’s not a load of different managers you pick from so it can be harder for an artist because they end up having to do everything on themselves and then you spread too thin.

Do you think the Internet kind of helps with that? Or do you think it’s because there’s less of them in that area when you’re going to gigs you don’t just bump into people and get that rapport going?

Even when you’ve got the Internet, the people you tend to speak to are people you know anyway. It’s not like you’re speaking to loads of people that you don’t know. And when people randomly hit you up it’s very hard to know how to respond. Obviously you can listen to the music and know whether it’s decent or not, but you don’t know if this person’s a nightmare to work with. You only know that by meeting people. So I still think the internet is great, it’s made, it’s made the world a smaller place, but don’t think it’ll ever really be a substitute for getting to know people.

So tell us about your Winter Songbook… Which I think is a mad concept, when I first read the email, I thought of The Streets- A grand Don’t Come For Free. But How do you create a story with no lyrics?

Well this is the thing. I guess it’s not really a story. But, you asked me before what else do I want to do in the studio, that is something I definitely want to do later down the line. I think the next one might be a story and then maybe after that, I’ll try and bring in a visual element to it. Like I’d like to scale it up from here. This was more, I guess a proof of concept if nothing else, to see if I can do something which ties in- something more long-form.Again, that’s something I’ve not  really done. The past has been singles or EPs. It was like, right. Let me try and do something longer. Even the mixtape, it was 20 tunes but it was 20 separate tunes. They weren’t a concept. They didn’t tie in together.  They were just what I had so I  just put that out.

Whereas, The Winter Songbook is more tracks I’ve had knocking around for a while and I thought what is this going to be? Will it be an album? I thought if I was going to do an album, it’s probably gonna have a lot of vocals  and I wasn’t sure if these tracks fitted that kind of thing. So then it was just that I’ve got these tunes and  they’re all a bit wintery. I decided to do this.

The whole thing with the series is I was talking to a few people in a whatsapp group, and we were all talking about people’s attention span being short. People listen to 15 second clips or they might listen to a minute. I was saying it’s because of people’s attention span and Luke LSB said “if it was people’s attention spans, why do people binge watch series?” I thought it was a good point because people get hooked on a series and they’ll watch it for eight hours at a time. So the attention span isn’t the reason. I mean, obviously it’s a different format.. So I started thinking well, if people are doing that with a series, is it possible to do it with music? And that’s what I’m saying about it being a proof of concept thing. Can you put the thing that makes me watch a series into a musical project?

I started to think about what made me keep watching a series and it was the cliff hangers. I might sit down and I think, I could do with being asleep in an hour and then I’ll watch one episode of something and next thing it’s six o’clock in the morning. Then it’s “Oh, there’s one episode left. f*** it. I’ll watch it.

It’s always the cliffhanger, isn’t it, and if you listen to any drum and bass tune, you’re waiting for the drop, aren’t you? If I can make it so that you’ve preempted the drop and you know what it is, but then you don’t get it until you skip to the next tune and that’s sort of where the series thing came in.

Was that hard to do?

I made eight separate tunes, then broke those tunes down into blocks of parts. I had a track, now I’ve just got a stem of drums,  bass as separate things. Then I put all those into one arrangement. Then I worked out- that bit fits with that bit  and you can make those two sounds go together- that’s how you find your basic joins for each tune. Once you’ve got that, you can then just go in and sort of flesh it out a bit. There’ll be a sound that’s in the very first tune, that’s in the seventh tune and there’s so little Easter eggs for people dotted in there. There’s bits where I’ve just played over the top of the whole thing. So literally, put the mix on for 45 minutes and just played strings or some guitar or some choir. So there’s sounds that run right throughout the whole thing as well that tie it altogether.

I really enjoyed it. Because most of the time you ask yourself has my tune got a cool groove? Is it loud? Is it gonna slap in a club? Bang. Done. But in this one every bar is different, every single bit of it is different and it feels more organic than stuff  I’ve done before. I mean I wouldn’t say it was hard, it was definitely a challenge…but it’s a challenge I enjoyed, you know?

In a perfect world if everyone consumed The Wintersong Book exactly how you wanted them to, how would they listen to it?

I would like people to sit down for 45 minutes and listen to it.  If everybody did that, that’s the ultimate goal.  The individual tunes aren’t my strongest, but as a body of work it fits together…

The sum is greater than the parts…

Can we expect a Spring? Summer?

Yeah… The Spring tape. I don’t know. I think I’m gonna do another mixtape again next year. And then I think I’m gonna look towards working with someone. Maybe have something with vocals in it next time or  spoken word. Something where there is a story to it and then write music to that story because one day. I’d like to be scoring to picture. I’ve done a bit of that in the past. And I’ve really enjoyed it. I guess it’s sort of testing myself to see if I can do that properly to an actual narrative.

Watch out for the animated shorts by  Dub Phizix… 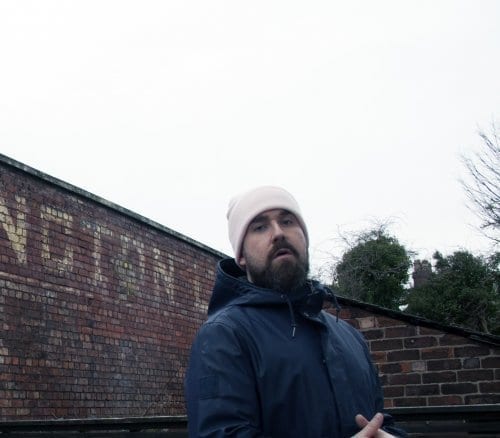 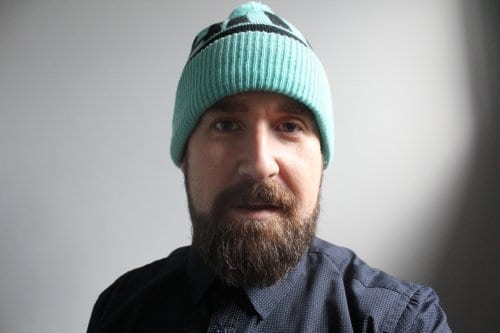 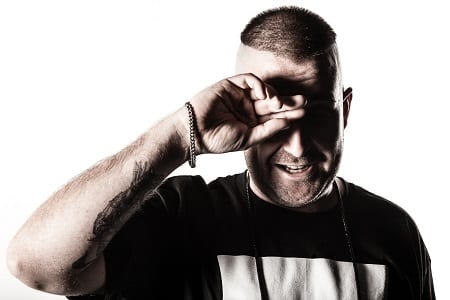